Iconic "tough guy" George Raft plays a detective who solves crimes on the streets of New York in this rare noir TV series. 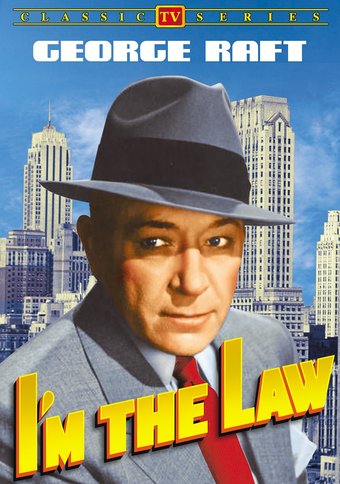 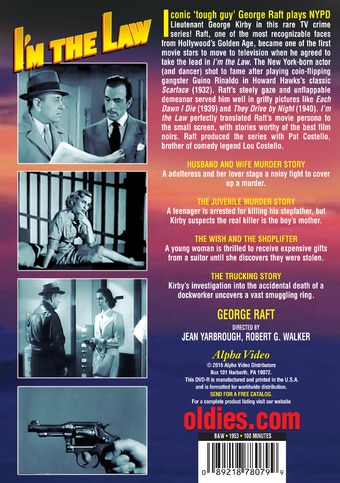 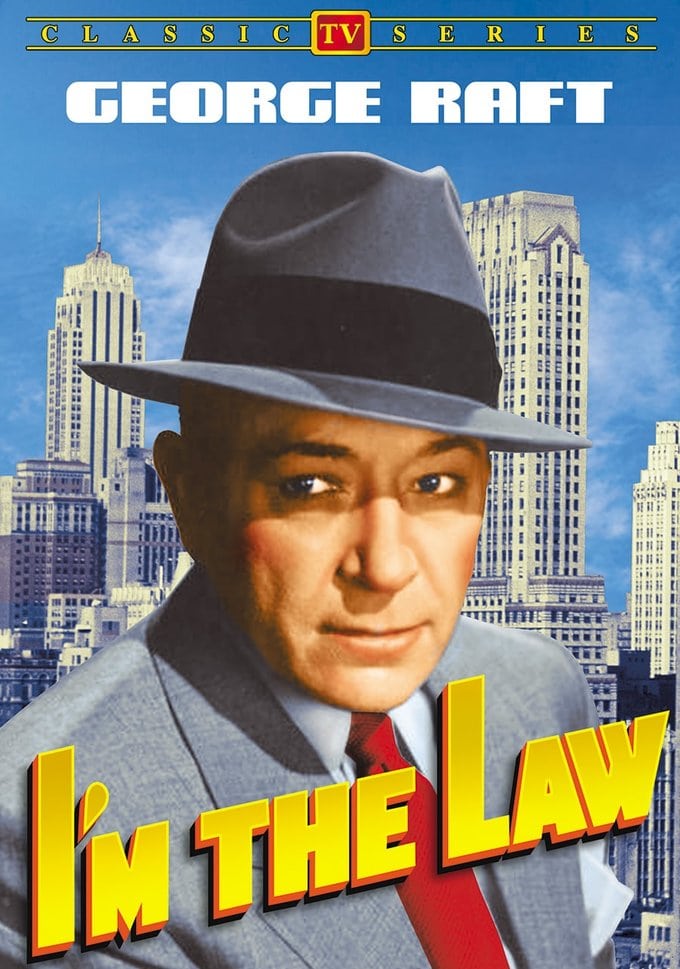 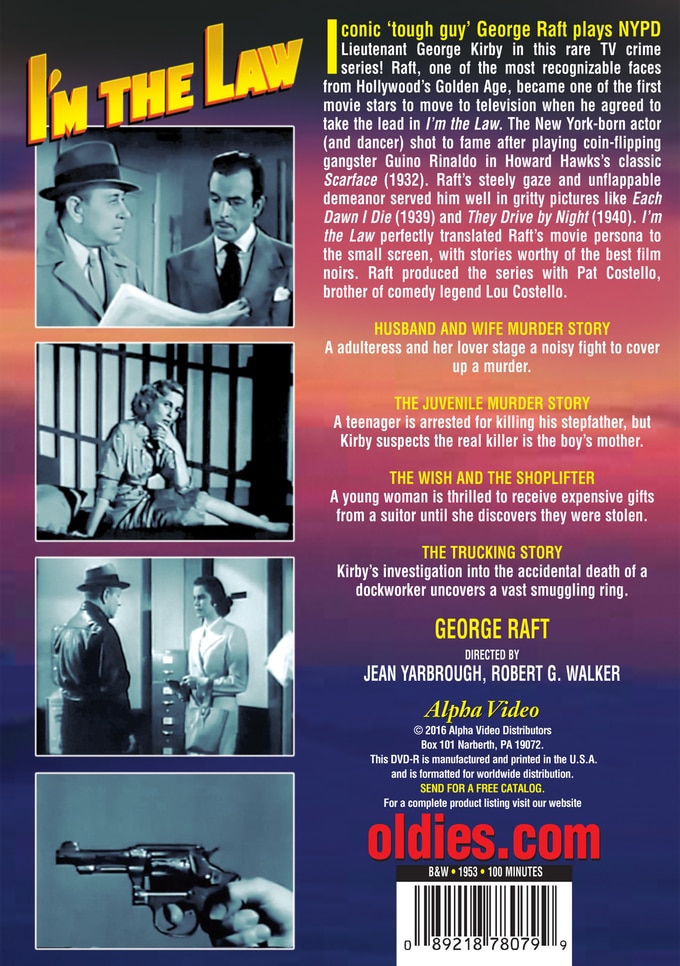 Iconic 'tough guy' George Raft plays NYPD Lieutenant George Kirby in this rare TV crime series! Raft, one of the most recognizable faces from Hollywood's Golden Age, became one of the first movie stars to move to television when he agreed to take the lead in I'm the Law. The New York-born actor (and dancer) shot to fame after playing coin-flipping gangster Guino Rinaldo in Howard Hawks's classic Scarface (1932). Raft's steely gaze and unflappable demeanor served him well in gritty pictures like Each Dawn I Die (1939) and They Drive by Night (1940). I'm the Law perfectly translated Raft's movie persona to the small screen, with stories worthy of the best film noirs. Raft produced the series with Pat Costello, brother of comedy legend Lou Costello.

HUSBAND AND WIFE MURDER STORY: A adulteress and her lover stage a noisy fight to cover up a murder.

THE JUVENILE MURDER STORY: A teenager is arrested for killing his stepfather, but Kirby suspects the real killer is the boy's mother.

THE WISH AND THE SHOPLIFTER: A young woman is thrilled to receive expensive gifts from a suitor until she discovers they were stolen.

THE TRUCKING STORY: Kirby's investigation into the accidental death of a dockworker uncovers a vast smuggling ring.

They Came to Blow Up America
$19
Add to Cart