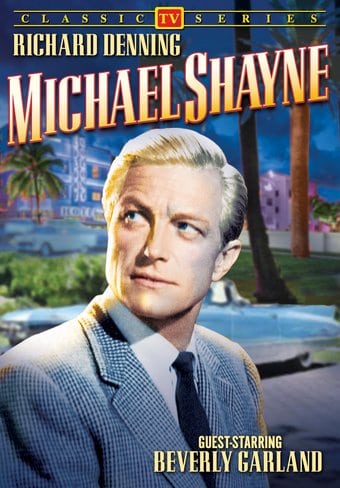 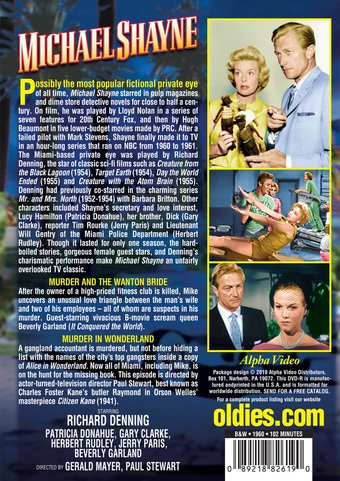 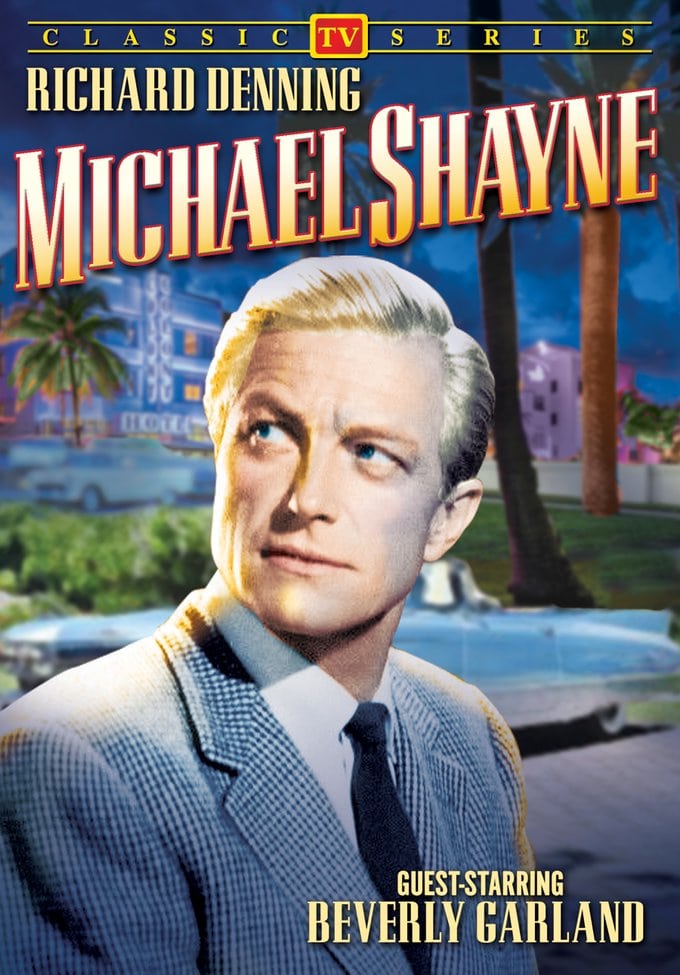 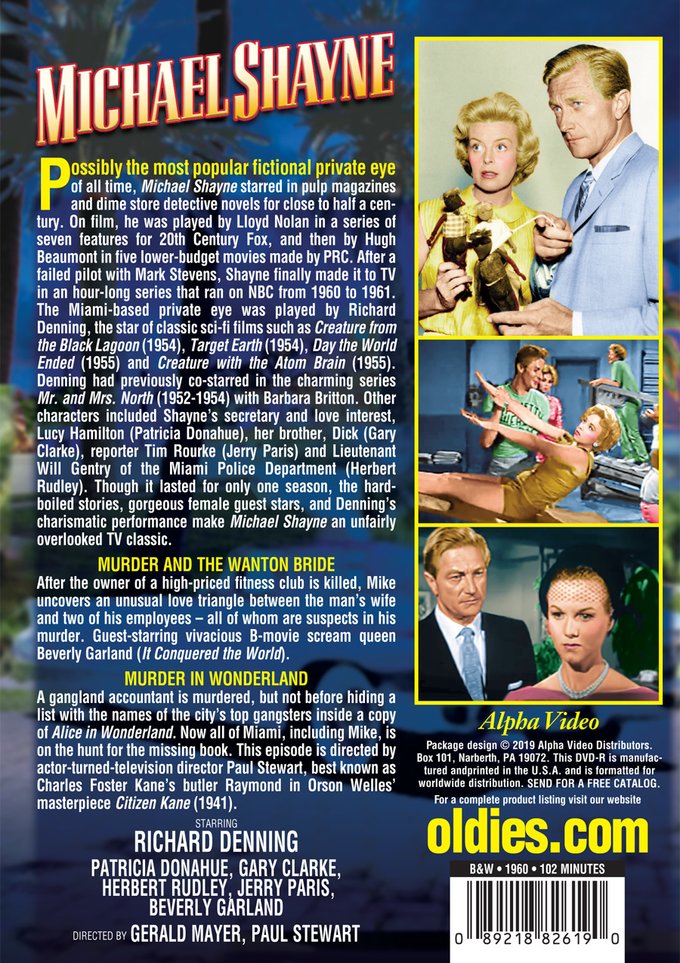 Possibly the most popular fictional private eye of all time, Michael Shayne starred in pulp magazines and dime store detective novels for close to half a century. On film, he was played by Lloyd Nolan in a series of seven features for 20th Century Fox, and then by Hugh Beaumont in five lower-budget movies made by PRC. After a failed pilot with Mark Stevens, Shayne finally made it to TV in an hour-long series that ran on NBC from 1960 to 1961. The Miami-based private eye was played by Richard Denning, the star of classic sci-fi films such as Creature from the Black Lagoon (1954), Target Earth (1954), Day the World Ended (1955) and Creature with the Atom Brain (1955). Denning had previously co-starred in the charming series Mr. and Mrs. North (1952-1954) with Barbara Britton. Other characters included Shayne's secretary and love interest, Lucy Hamilton (Patricia Donahue), her brother, Dick (Gary Clarke), reporter Tim Rourke (Jerry Paris) and Lieutenant Will Gentry of the Miami Police Department (Herbert Rudley). Though it lasted for only one season, the hard-boiled stories, gorgeous female guest stars, and Denning's charismatic performance make Michael Shayne an unfairly overlooked TV classic.

MURDER AND THE WANTON BRIDE: After the owner of a high-priced fitness club is killed, Mike uncovers an unusual love triangle between the man's wife and two of his employees – all of whom are suspects in his murder. Guest-starring vivacious B-movie scream queen Beverly Garland (It Conquered the World).

MURDER IN WONDERLAND: A gangland accountant is murdered, but not before hiding a list with the names of the city's top gangsters inside a copy of Alice in Wonderland. Now all of Miami, including Mike, is on the hunt for the missing book. This episode is directed by actor-turned-television director Paul Stewart, best known as Charles Foster Kane's butler Raymond in Orson Welles' masterpiece Citizen Kane (1941).