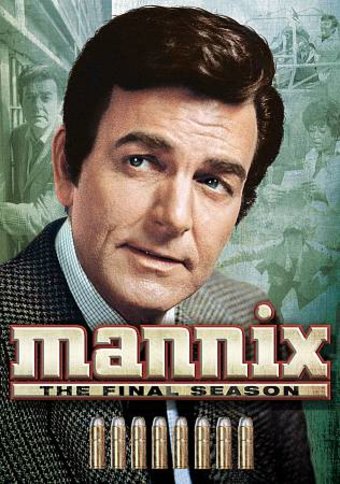 One of the most exciting television programs of its era, the violent detective drama MANNIX made headlines, stirred controversy, and also generated an enormous audience among American viewers, who tuned in to see it on their CBS affiliates from September 1967 through August 1975. The show starred Mike Connors as the title character, Joe Mannix - a Los Angeles private detective who initially worked for a high-tech firm called Intertech and later went into business for himself, running his own agency on the ground floor of his apartment building. On hand were his secretary-cum-girl Friday, Peggy Fair (Gail Fisher) and his friend and police contact, Lt. Adam Tobias (THE BRADY BUNCH's Robert Reed). This box set presents all 24 episodes from the program's eighth and final season, which aired from September 1974 through April 1975. Installments include SEARCH FOR A DEAD MAN, DESIGN FOR DYING, EDGE OF THE WEB and CHANCE MEETING.