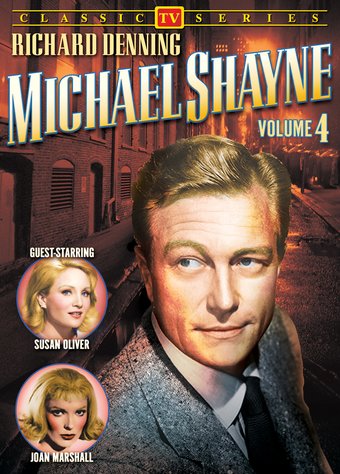 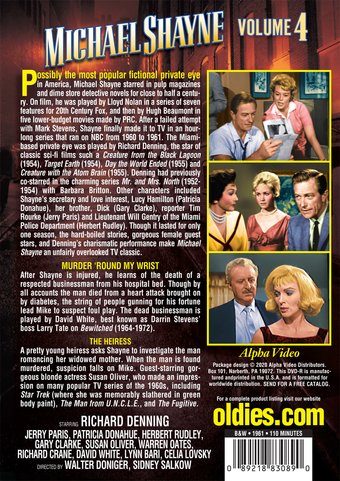 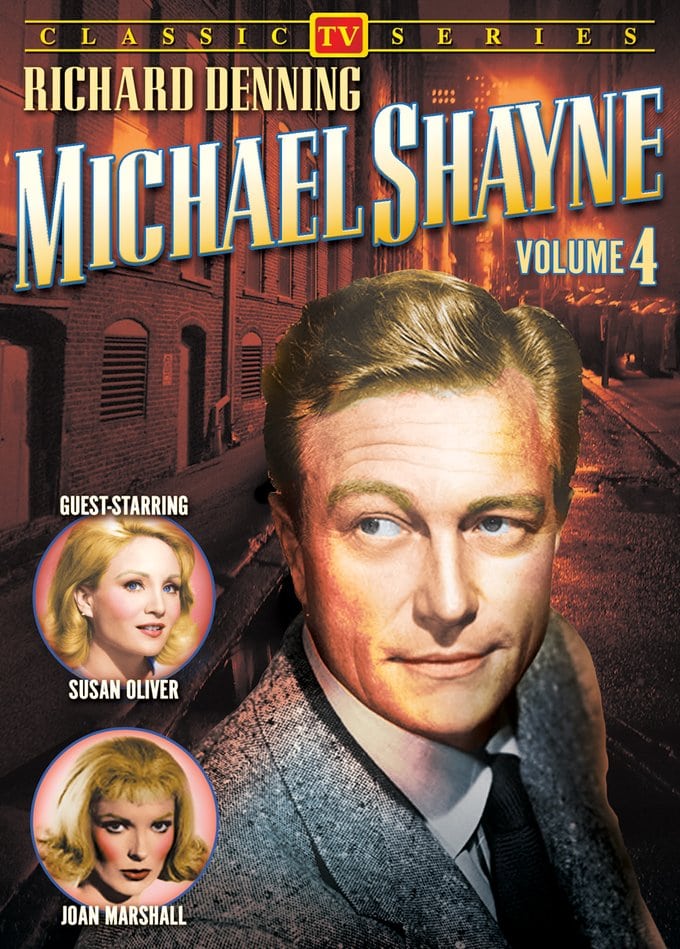 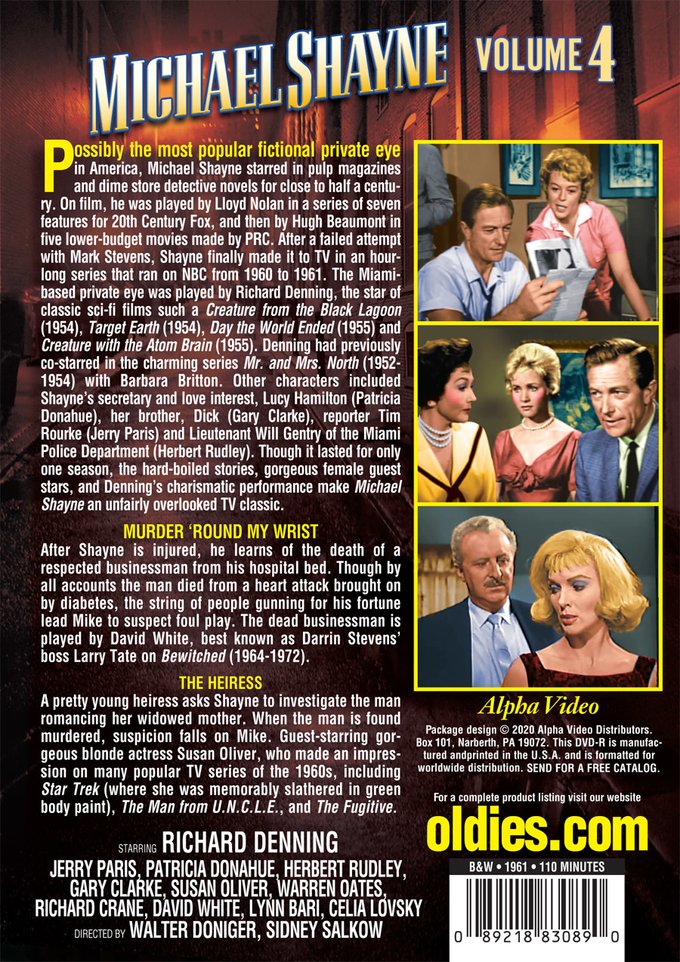 Possibly the most popular private eye in America, Michael Shayne starred in pulp magazines and dime store detective novels for close to half a century. On film, he was played by Lloyd Nolan in a series of seven features for 20th Century Fox, and then by Hugh Beaumont in five lower-budget movies made by PRC. After a failed attempt with Mark Stevens, Shayne finally made it to TV in an hour-long series that ran on NBC from 1960 to 1961. The Miami-based private eye was played by Richard Denning, the star of classic sci-fi films such as Creature from the Black Lagoon (1954), Target Earth (1954), Day the World Ended (1955) and Creature with the Atom Brain (1955). Denning had previously co-starred in the charming series Mr. and Mrs. North (1952-1954) with Barbara Britton. Other characters included Shayne's secretary and love interest, Lucy Hamilton (Patricia Donahue), her brother, Dick (Gary Clarke), reporter Tim Rourke (Jerry Paris) and Lieutenant Will Gentry of the Miami Police Department (Herbert Rudley). Though it lasted for only one season, the hard-boiled stories, gorgeous female guest stars, and Denning's charismatic performance make Michael Shayne an unfairly overlooked TV classic.

MURDER 'ROUND MY WRIST: After Shayne is injured, he learns of the death of a respected businessman from his hospital bed. Though by all accounts the man died from a heart attack brought on by diabetes, the string of people gunning for his fortune lead Mike to suspect foul play. The dead businessman is played by David White, best known as Darrin Stevens' boss Larry Tate on Bewitched (1964-1972).

THE HEIRESS: A pretty young heiress asks Shayne to investigate the man romancing her widowed mother. When the man is found murdered, suspicion falls on Mike. Guest-starring gorgeous blonde actress Susan Oliver, who made an impression on many popular TV series of the 1960s, including Star Trek (where she was memorably slathered in green body paint), The Man from U.N.C.L.E., and The Fugitive.