Four more rare episodes of this paranoia-filled 1950s TV series in which Richard Carlson plays Herbert Philbrick, a Boston ad exec who lives a triple life as an average citizen, Communist party member, and spy for the FBI. 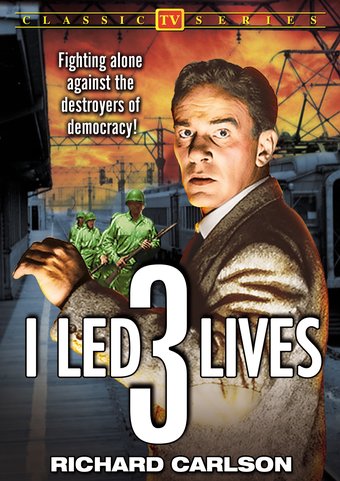 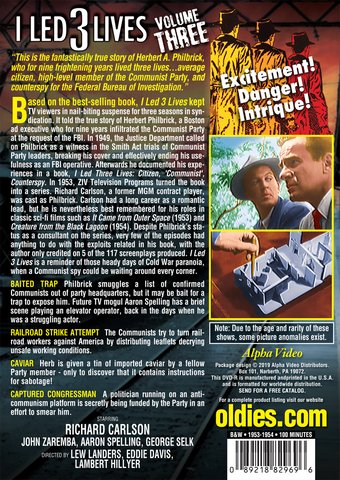 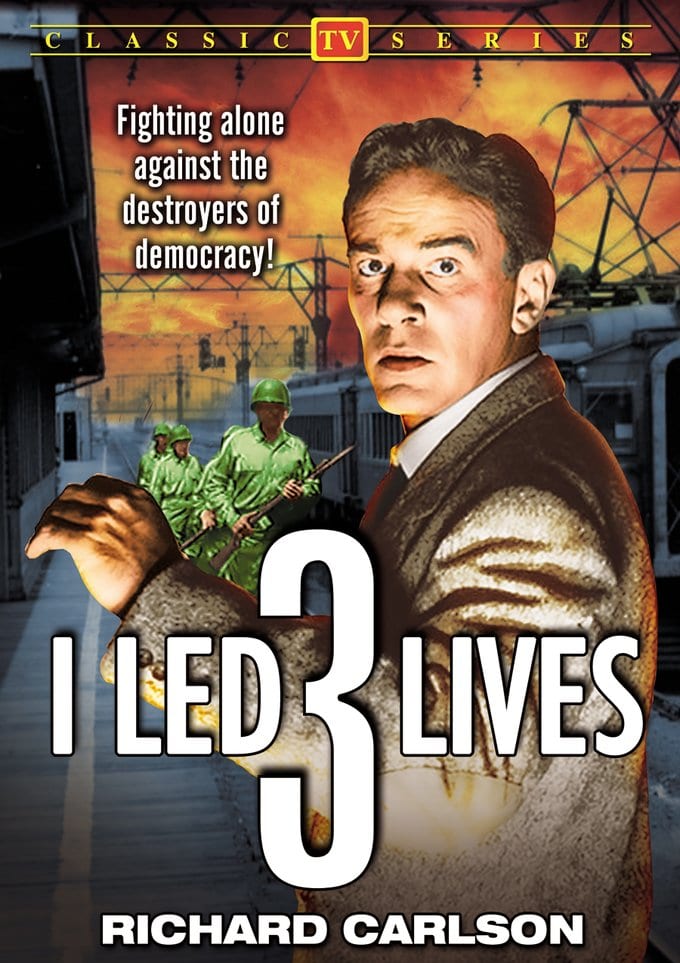 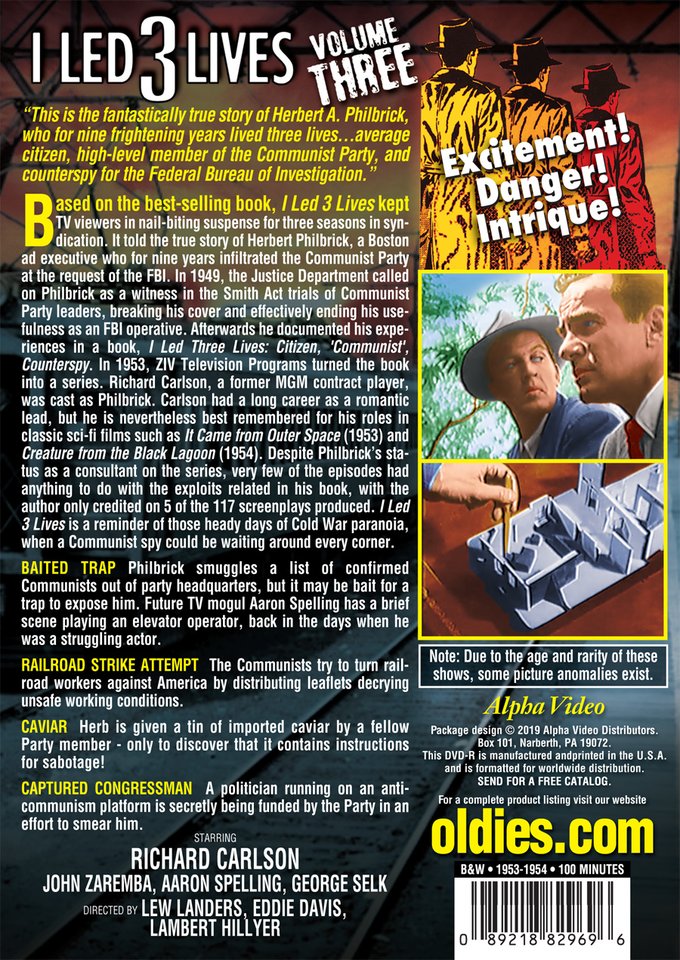 "This is the fantastically true story of Herbert A. Philbrick, who for nine frightening years lived three lives...average citizen, high-level member of the Communist Party, and counterspy for the Federal Bureau of Investigation." Based on the best-selling book, I Led 3 Lives kept TV viewers in nail-biting suspense for three seasons in syndication. It told the true story of Herbert Philbrick, a Boston ad executive who for nine years infiltrated the Communist Party at the request of the FBI. In 1949, the Justice Department called on Philbrick as a witness in the Smith Act trials of Communist Party leaders, breaking his cover and effectively ending his usefulness as an FBI operative. Afterwards he documented his experiences in a book, I Led Three Lives: Citizen, 'Communist', Counterspy. In 1953, ZIV Television Programs turned the book into a series. Richard Carlson, a former MGM contract player, was cast as Philbrick. Carlson had a long career as a romantic leading man, but he is nevertheless best remembered for his roles in classic sci-fi films such as It Came from Outer Space (1953) and Creature from the Black Lagoon (1954). The show was a smash hit, and was nominated for Best Mystery Program for two consecutive years at the Primetime Emmy Awards. I Led 3 Lives is a reminder of those heady days of Cold War paranoia, when a Communist spy could be waiting around every corner.

BAITED TRAP: Philbrick smuggles a list of confirmed Communists out of party headquarters, but it may be bait for a trap to expose him. Future TV mogul Aaron Spelling has a brief scene playing an elevator operator, back in the days when he was a struggling actor.

CAVIAR: Herb is given a tin of imported caviar by a fellow Party member - only to discover that it contains instructions for sabotage!

CAPTURED CONGRESSMAN: A politician running on an anti-communism platform is secretly being funded by the Party in an effort to smear him.