Richard Carlson plays Herbert Philbrick, a Boston ad exec who lives a triple life as an average citizen, member of the Communist party, and spy for the FBI in four episodes of this thrilling 50s TV series, based on the best-selling book. 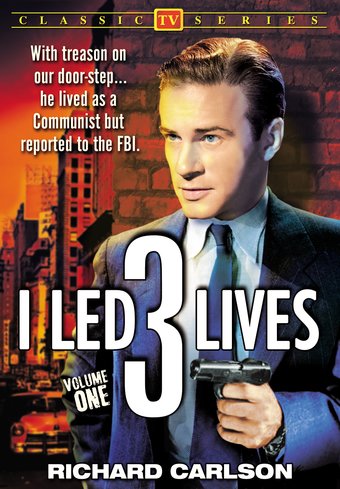 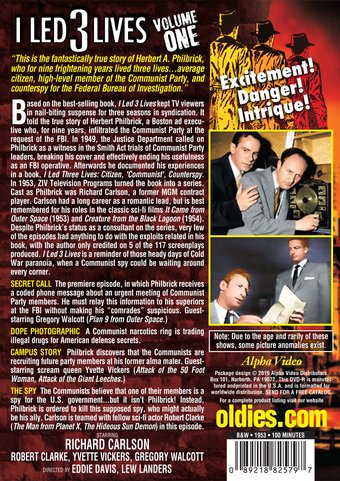 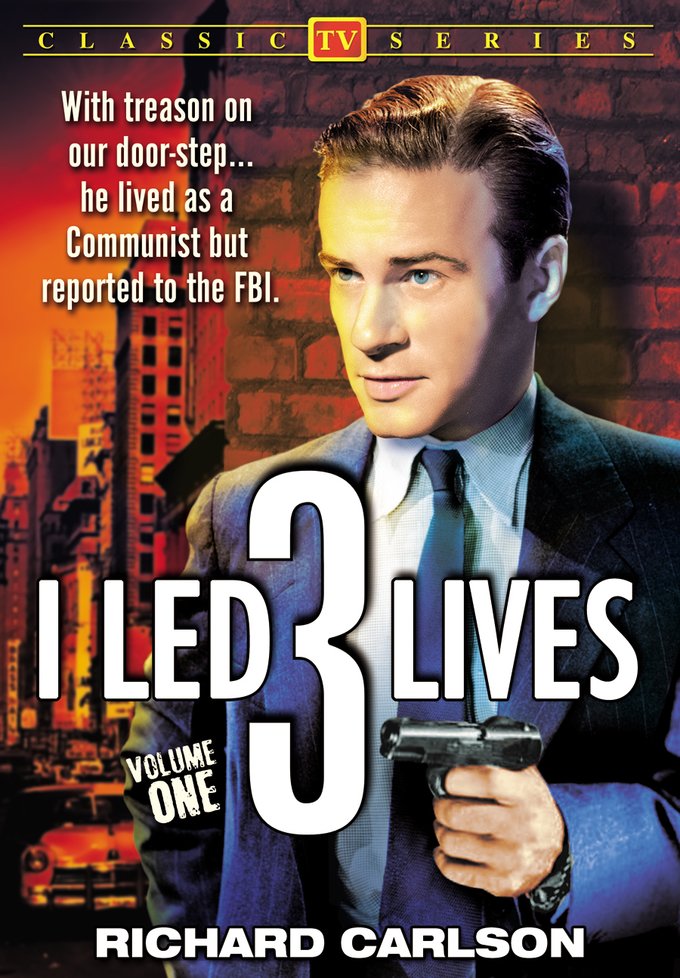 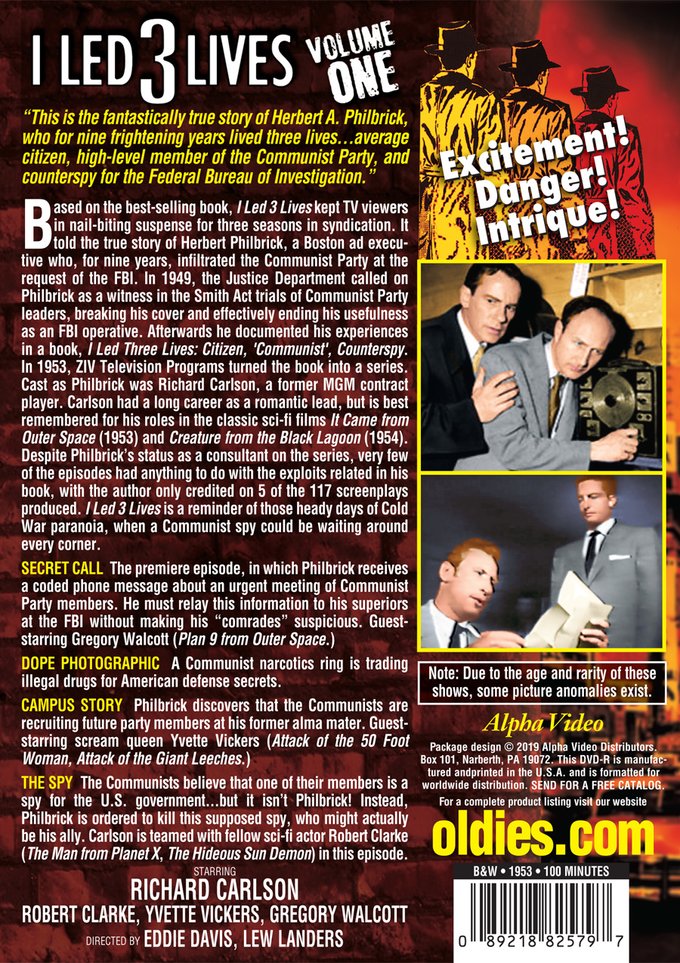 "This is the fantastically true story of Herbert A. Philbrick, who for nine frightening years lived three lives...average citizen, high-level member of the Communist Party, and counterspy for the Federal Bureau of Investigation." Based on the best-selling book, I Led 3 Lives kept TV viewers in nail-biting suspense for three seasons in syndication. It told the true story of Herbert Philbrick, a Boston ad executive who for nine years infiltrated the Communist Party at the request of the FBI. In 1949, the Justice Department called on Philbrick as a witness in the Smith Act trials of Communist Party leaders, breaking his cover and effectively ending his usefulness as an FBI operative. Afterwards he documented his experiences in a book, I Led Three Lives: Citizen, 'Communist', Counterspy. In 1953, ZIV Television Programs turned the book into a series. Cast as Philbrick was Richard Carlson, a former MGM contract player. Carlson had a long career as a romantic lead, but he is nevertheless best remembered for his roles in classic sci-fi films such as It Came from Outer Space (1953) and Creature from the Black Lagoon (1954). Despite Philbrick's status as a consultant on the series, very few of the episodes had anything to do with the exploits related in his book, with the author only credited on 5 of the 117 screenplays produced. I Led 3 Lives is a reminder of those heady days of Cold War paranoia, when a Communist spy could be waiting around every corner.

SECRET CALL: The premiere episode, in which Philbrick receives a coded phone message about an urgent meeting of Communist Party members. He must relay this information to his superiors at the FBI without making his "comrades" suspicious. Guest-starring Gregory Walcott (Plan 9 from Outer Space.)

THE SPY: The Communists believe that one of their members is a spy for the U.S. government...but it isn't Philbrick! Instead, Philbrick is ordered to kill this supposed spy, who might actually be his ally. Carlson is teamed with fellow sci-fi actor Robert Clarke (The Man from Planet X, The Hideous Sun Demon) in this episode.

Note: Due to the age and rarity of these shows, some picture anomalies exist.