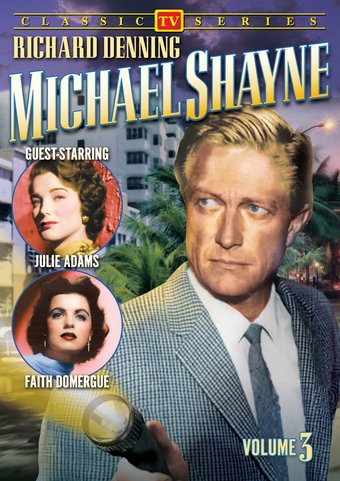 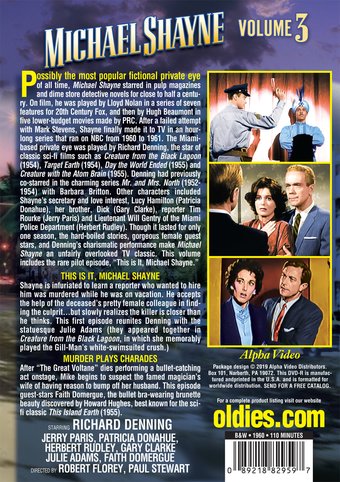 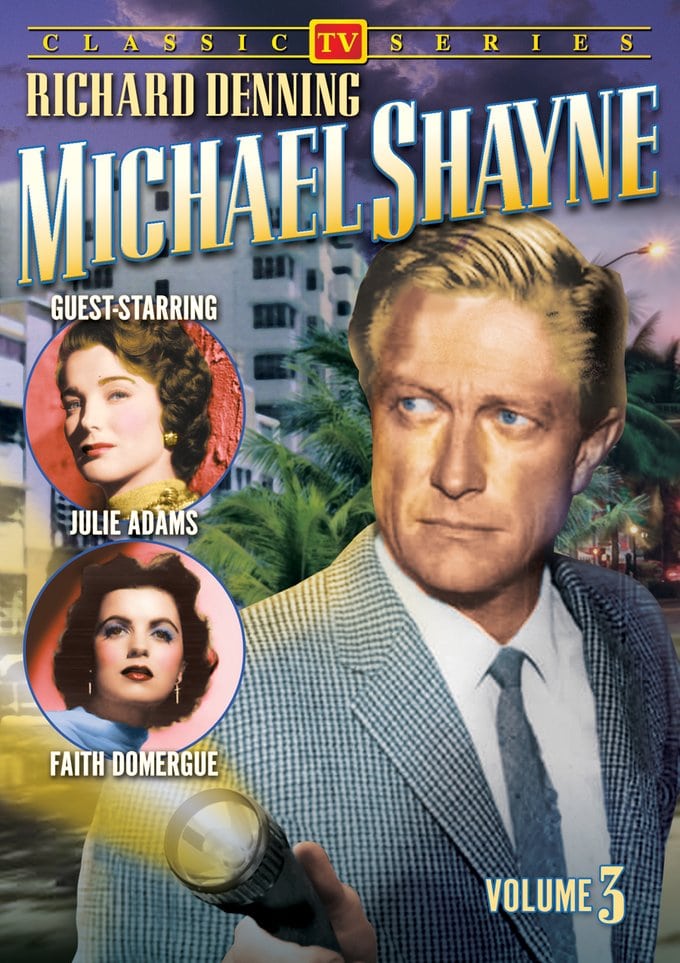 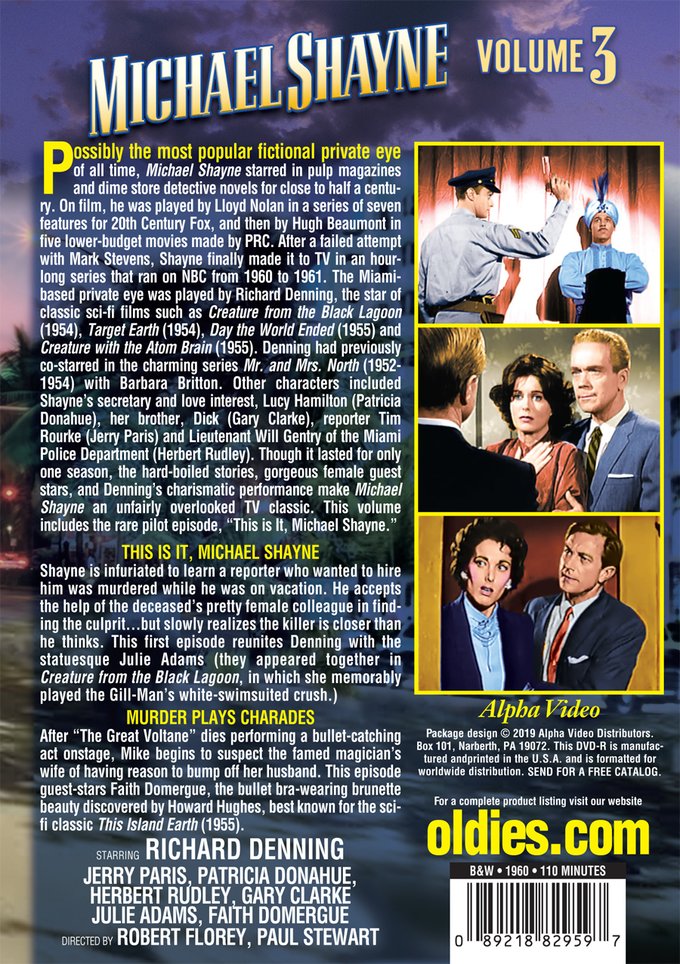 Possibly the most popular private eye in America, Michael Shayne starred in pulp magazines and dime store detective novels for close to half a century. On film, he was played by Lloyd Nolan in a series of seven features for 20th Century Fox, and then by Hugh Beaumont in five lower-budget movies made by PRC. After a failed attempt with Mark Stevens, Shayne finally made it to TV in an hour-long series that ran on NBC from 1960 to 1961. The Miami-based private eye was played by Richard Denning, the star of classic sci-fi films such as Creature from the Black Lagoon (1954), Target Earth (1954), Day the World Ended (1955) and Creature with the Atom Brain (1955). Denning had previously co-starred in the charming series Mr. and Mrs. North (1952-1954) with Barbara Britton. Other characters included Shayne's secretary and love interest, Lucy Hamilton (Patricia Donahue), her brother, Dick (Gary Clarke), reporter Tim Rourke (Jerry Paris) and Lieutenant Will Gentry of the Miami Police Department (Herbert Rudley). Though it lasted for only one season, the hard-boiled stories, gorgeous female guest stars, and Denning's charismatic performance make Michael Shayne an unfairly overlooked TV classic. This volume includes the rare pilot episode, "This is It, Michael Shayne."

THIS IS IT, MICHAEL SHAYNE: Shayne is infuriated to learn a reporter who wanted to hire him was murdered while he was on vacation. He accepts the help of the deceased's pretty female colleague in finding the culprit...but slowly realizes the killer is closer than he thinks. This first episode reunites Denning with the statuesque Julie Adams (they appeared together in Creature from the Black Lagoon, in which she memorably played the Gill-Man's white-swimsuited crush.)

MURDER PLAYS CHARADES: After "The Great Voltane" dies performing a bullet-catching act onstage, Mike begins to suspect the famed magician's wife of having reason to bump off her husband. This episode guest-stars Faith Domergue, the bullet bra-wearing brunette beauty discovered by Howard Hughes, best known for the sci-fi classic This Island Earth (1955).