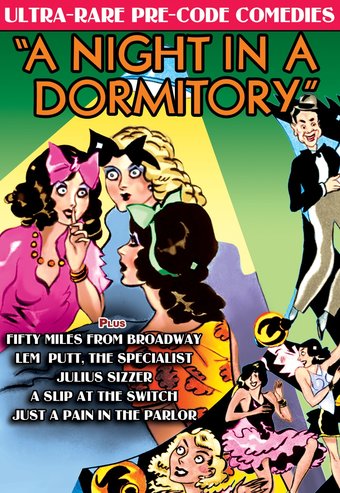 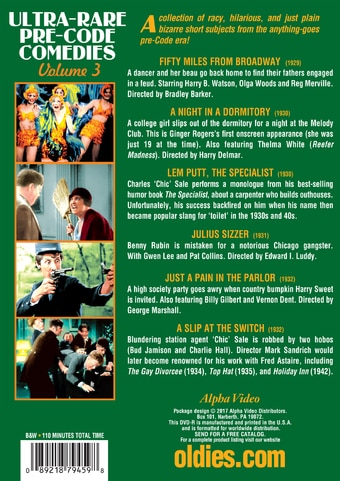 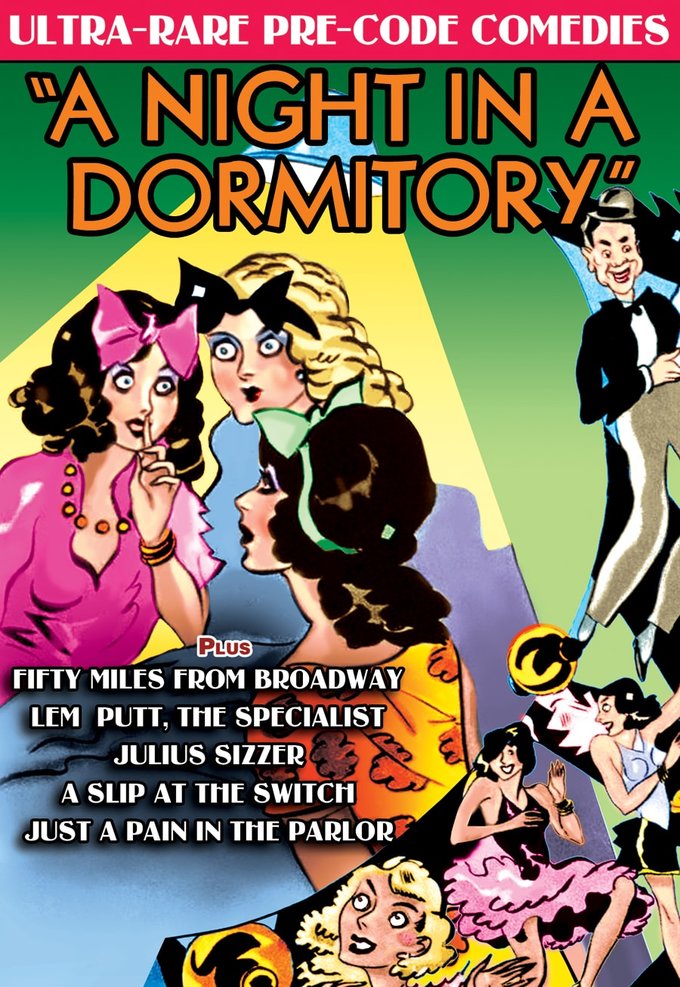 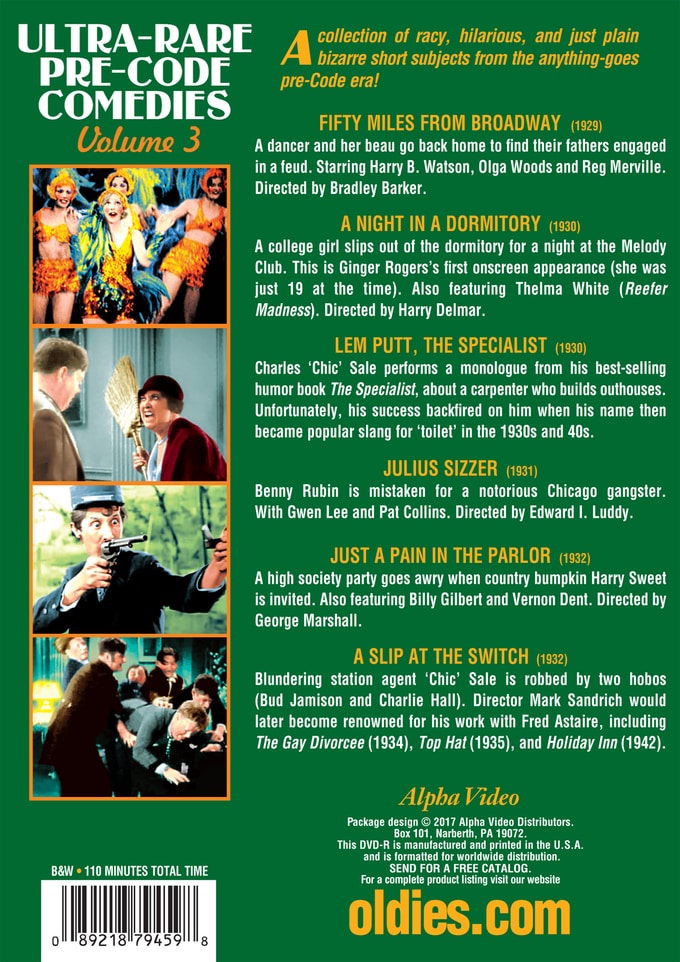 FIFTY MILES FROM BROADWAY (1929): A dancer and her beau go back home to find their fathers engaged in a feud. Starring Harry B. Watson, Olga Woods and Reg Merville. Directed by Bradley Barker.

A NIGHT IN A DORMITORY (1930): A college girl slips out of the dormitory for a night at the Melody Club. This is Ginger Rogers's first onscreen appearance (she was just 19 at the time.) Also featuring Thelma White (Reefer Madness.) Directed by Harry Delmar.

LEM PUTT, THE SPECIALIST (1930): Charles 'Chic' Sale performs a monologue from his best-selling humor book The Specialist, about a carpenter who builds outhouses. Unfortunately, his success backfired on him when his name then became popular slang for 'toilet' in the 1930s and 40s.

JULIUS SIZZER (1931): Benny Rubin is mistaken for a notorious Chicago gangster. With Gwen Lee and Pat Collins. Directed by Edward I. Luddy.

A SLIP AT THE SWITCH (1932): Blundering station agent 'Chic' Sale is robbed by two hobos (Bud Jamison and Charlie Hall). Director Mark Sandrich would later become renowned for his work with Fred Astaire, including The Gay Divorcee (1934), Top Hat (1935), and Holiday Inn (1942).