A collection of the rare pre-Code comedy shorts produced by the famous Masquers Club of Hollywood, for the first time on DVD. 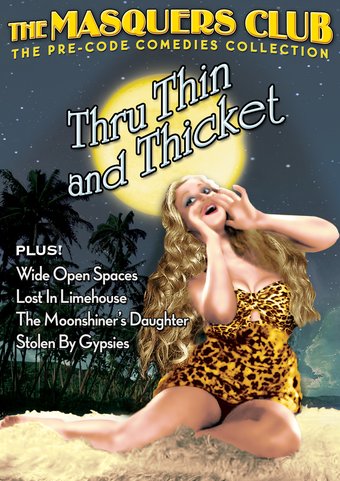 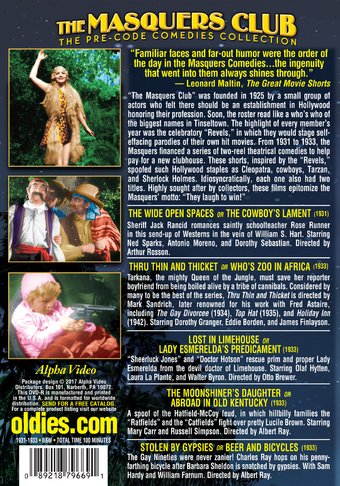 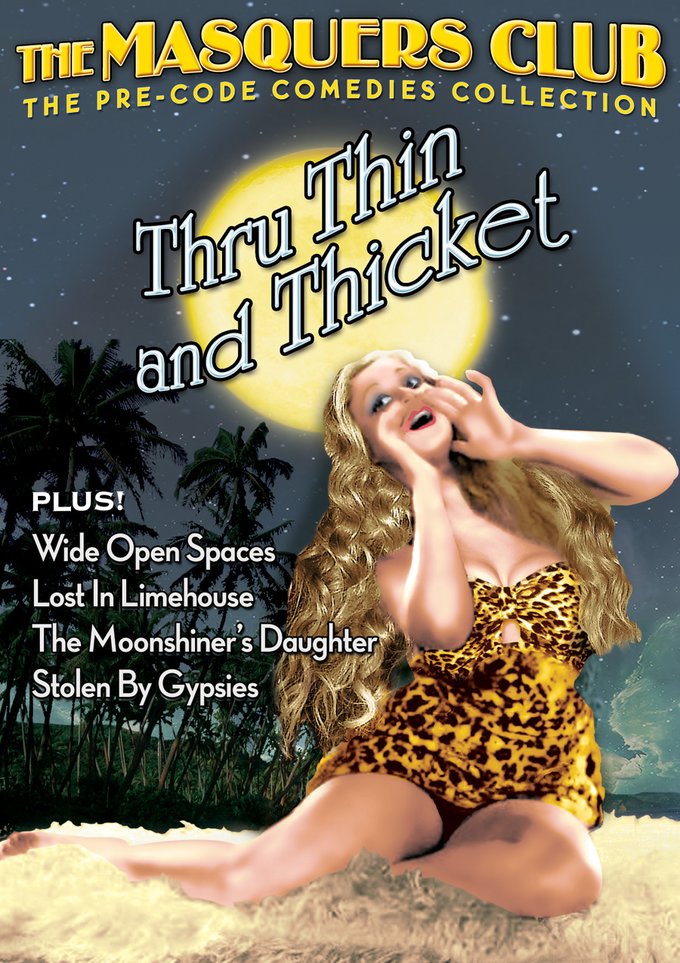 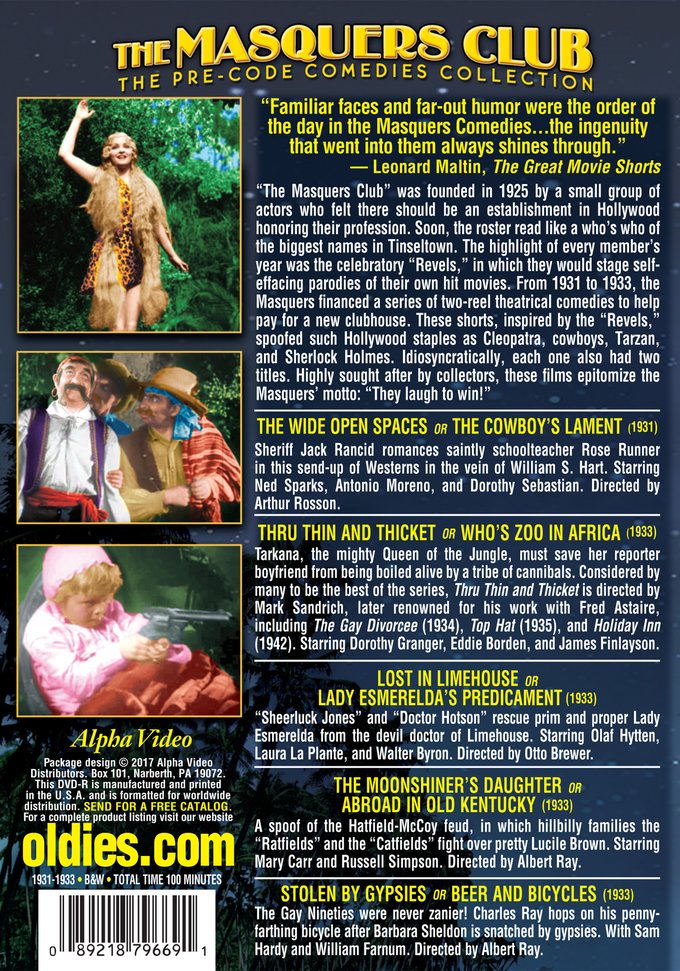 "Familiar faces and far-out humor were the order of the day in the Masquers Comedies...the ingenuity that went into them always shines through." -- Leonard Maltin, The Great Movie Shorts. "The Masquers Club" was founded in 1925 by a small group of actors who felt there should be an establishment in Hollywood honoring their profession. Soon, the roster read like a who's who of the biggest names in Tinseltown. The highlight of every member's year was the celebratory "Revels", in which they would stage self-effacing parodies of their own hit movies. From 1931 to 1933, the Masquers financed a series of two-reel theatrical comedies to help pay for a new clubhouse. These shorts, inspired by the Revels, spoofed such Hollywood staples as Cleopatra, cowboys, Tarzan, and Sherlock Holmes. Idiosyncratically, each one also had two titles. Highly sought after by collectors, these films epitomize the Masquers' motto: "They laugh to win!"

THRU THIN AND THICKET; OR, WHO'S ZOO IN AFRICA (1933): Tarkana, the mighty Queen of the Jungle, must save her reporter boyfriend from being boiled alive by a tribe of cannibals. Considered by many to be the best of the series, Thru Thin and Thicket is directed by Mark Sandrich, later renowned for his work with Fred Astaire, including The Gay Divorcee (1934), Top Hat (1935), and Holiday Inn (1942). Starring Dorothy Granger, Eddie Borden, and James Finlayson.

THE MOONSHINER'S DAUGHTER; OR, ABROAD IN OLD KENTUCKY (1933): A spoof of the Hatfield-McCoy feud, in which hillbilly families the "Ratfields" and the "Catfields" fight over pretty Lucile Brown. Starring Mary Carr and Russell Simpson. Directed by Albert Ray.

STOLEN BY GYPSIES; OR, BEER AND BICYCLES (1933): The Gay Nineties were never zanier! Charles Ray hops on his penny-farthing bicycle after Barbara Sheldon is snatched by gypsies. With Sam Hardy and William Farnum. Directed by Albert Ray.