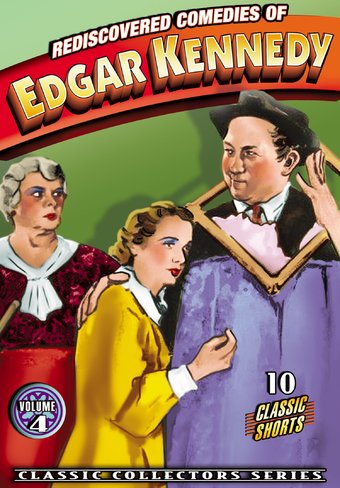 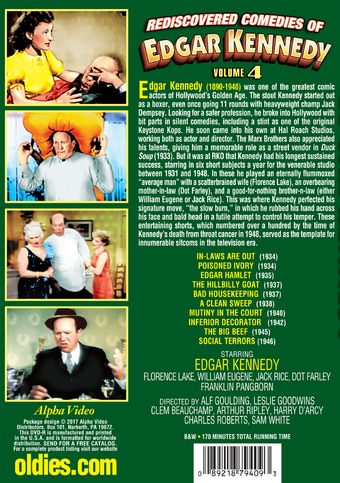 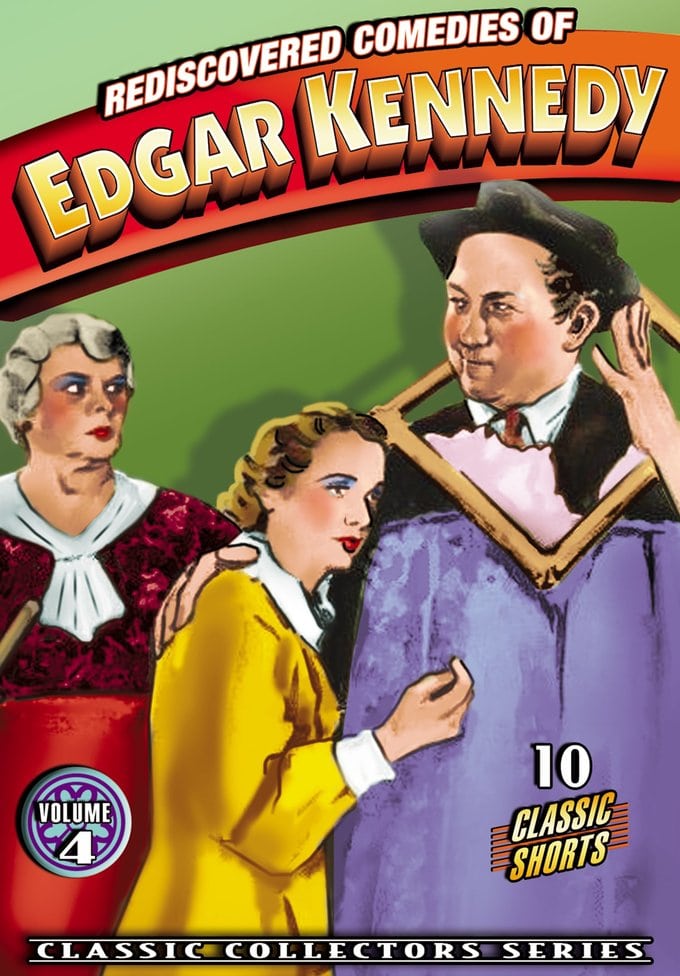 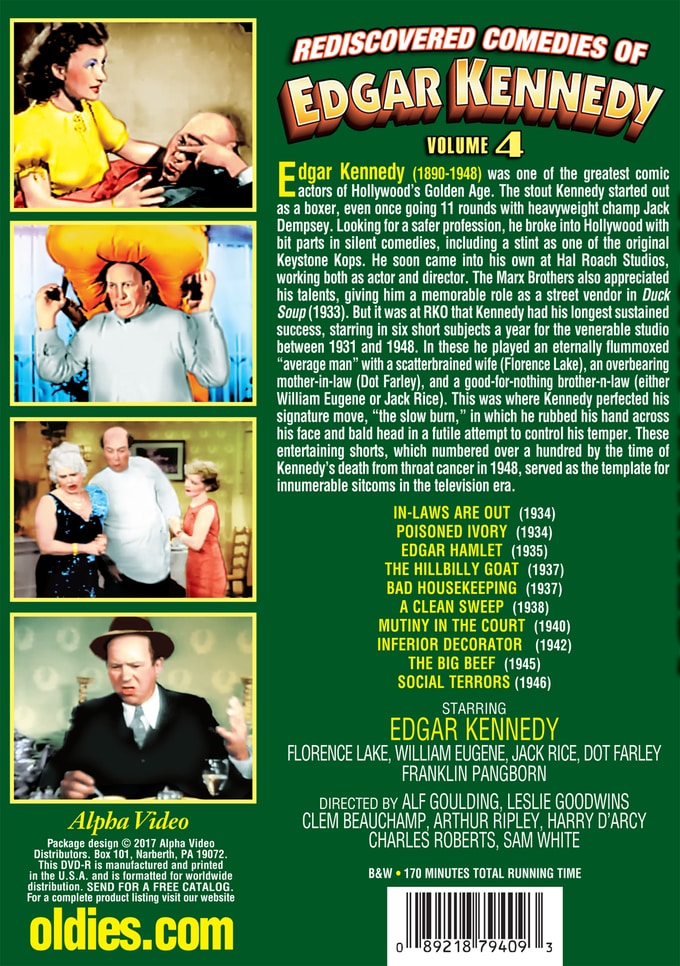 Edgar Kennedy (1890-1948) was one of the greatest comic actors of Hollywood's Golden Age. The stout Kennedy started out as a boxer, even once going 11 rounds with heavyweight champ Jack Dempsey. Looking for a safer profession, he broke into Hollywood with bit parts in silent comedies, including a stint as one of the original Keystone Kops. He soon came into his own at Hal Roach Studios, working both as actor and director. The Marx Brothers also appreciated his talents, giving him a memorable role as a street vendor in Duck Soup (1933). But it was at RKO that Kennedy had his longest sustained success, starring in six short subjects a year for the venerable studio between 1931 and 1948. In these he played an eternally flummoxed "average man" with a scatterbrained wife (Florence Lake), an overbearing mother-in-law (Dot Farley), and a good-for-nothing brother-n-law (either William Eugene or Jack Rice). This was where Kennedy perfected his signature move, "the slow burn", in which he rubbed his hand across his face and bald head in a futile attempt to control his temper. These entertaining shorts, which numbered over a hundred by the time of Kennedy's death from throat cancer in 1948, served as the template for innumerable sitcoms in the television era.
This product is made-on-demand by the manufacturer using DVD-R recordable media. Almost all DVD players can play DVD-Rs (except for some older models made before 2000) - please consult your owner's manual for formats compatible with your player. These DVD-Rs may not play on all computers or DVD player/recorders. To address this, the manufacturer recommends viewing this product on a DVD player that does not have recording capability.


I appreciate the good description of Mr. Kennedy's work! (And, this is Edgar, not John, Bobby, Joe, Ted, Jacqueline, Caroline, et al. Did I leave any out? Am - I - ready for Stand Up?) About a million years ago, when I was young, believe it or not! A television station in Los Angeles, frequently played Edgar's movies. Or, at least a few - it may have been Channel 9 - I think so, but it was a long time ago, and, Altzheimers, you know! Channel 9 was pretty cheap, played inexpensive 'Class C' movies, off of film, which were worn, scratchy, & frequently broke. When this happened, a card would appear, to state: 'We'll Be Back In A Few Seconds!' accompanied by cheap music - there IS such a thing! - until the film resumed, only to malfunction again in a short while. The sound wasn't very good, also. This is long before video tape. I used to work in a Radio & T V Station, which had a film chain. Before showing a film, I ran (the function, not the Country!) the reels of film between two film reels, & between two fingers, rapidly but not too quickly, to check for damage & resplice as necessary. So, I saw Edgar and his 'slow burn' a number of times, and have been trying to place him! If you want some good comedy, but not 'too deep' this will fit the bill!