A collection of six zany, hilarious, and racy short subjects from the anything-goes pre-Code era. 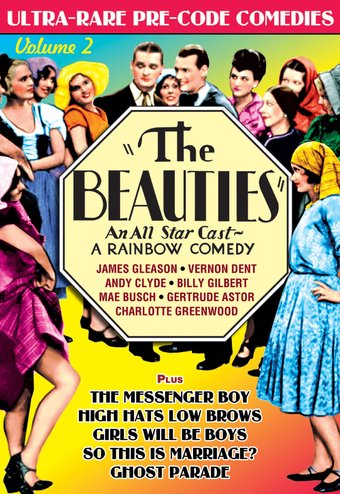 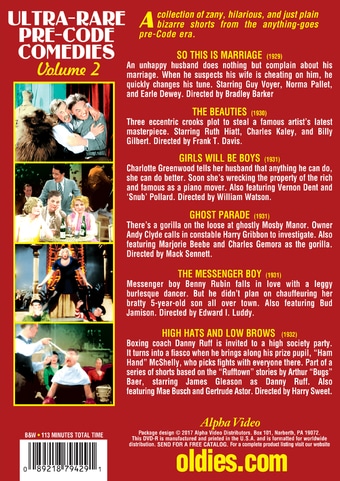 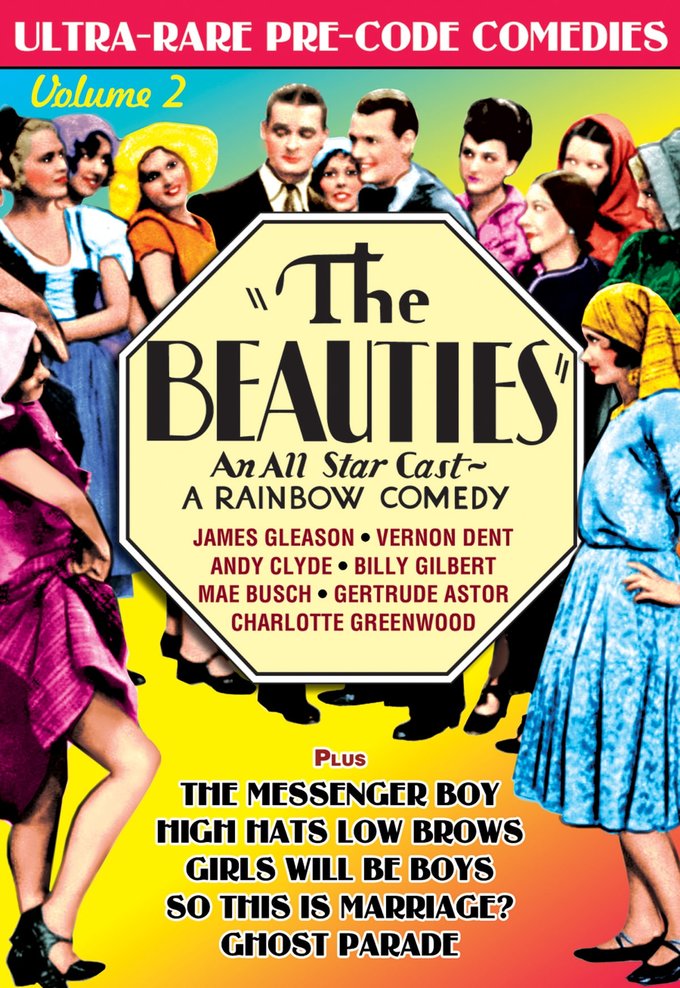 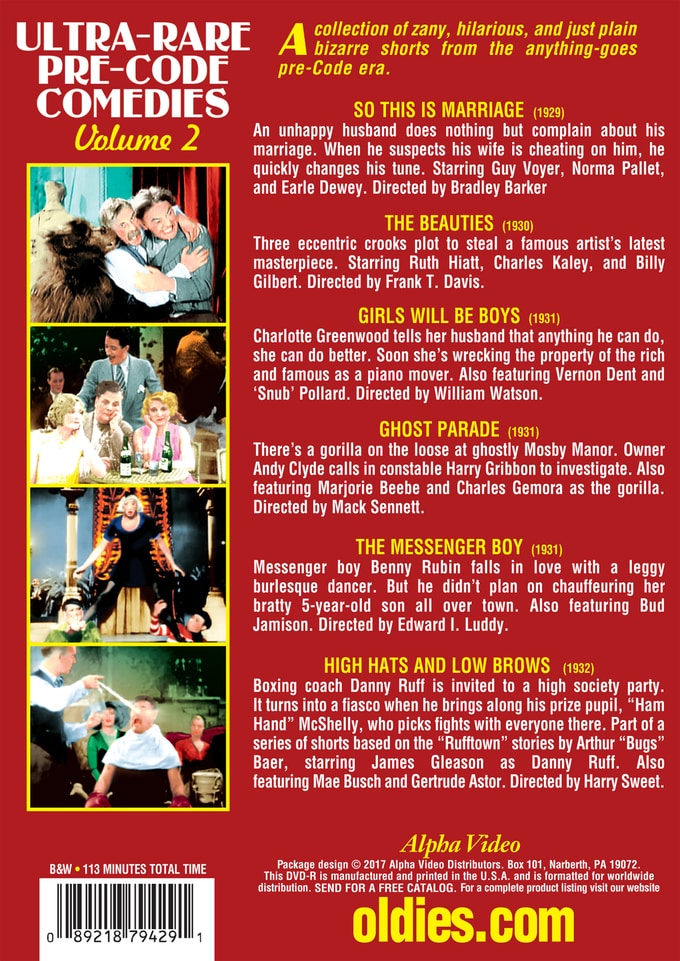 SO THIS IS MARRIAGE (1929): An unhappy husband does nothing but complain about his marriage. When he suspects his wife is cheating on him, he quickly changes his tune. Starring Guy Voyer, Norma Pallet, and Earle Dewey. Directed by Bradley Barker.

GIRLS WILL BE BOYS (1931): Charlotte Greenwood tells her husband that anything he can do, she can do better. Soon she's wrecking the property of the rich and famous as a piano mover. Also featuring Vernon Dent and 'Snub' Pollard. Directed by William Watson.

THE MESSENGER BOY (1931): Messenger boy Benny Rubin falls in love with a leggy burlesque dancer. But he didn't plan on chauffeuring her bratty 5-year-old son all over town. Also featuring Bud Jamison. Directed by Edward I. Luddy.

HIGH HATS AND LOW BROWS (1932): Boxing coach Danny Ruff is invited to a high society party. It turns into a fiasco when he brings along his prize pupil, "Ham Hand" McShelly, who picks fights with everyone there. Part of a series of shorts based on the "Rufftown" stories by Arthur "Bugs" Baer, starring James Gleason as Danny Ruff. Also featuring Mae Busch and Gertrude Astor. Directed by Harry Sweet.