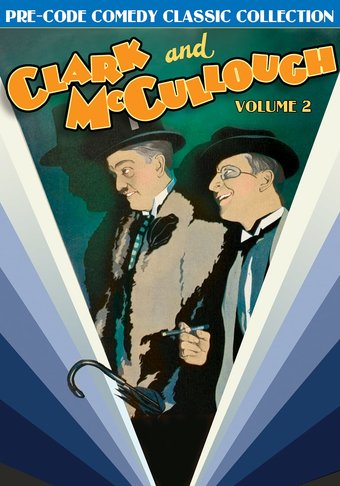 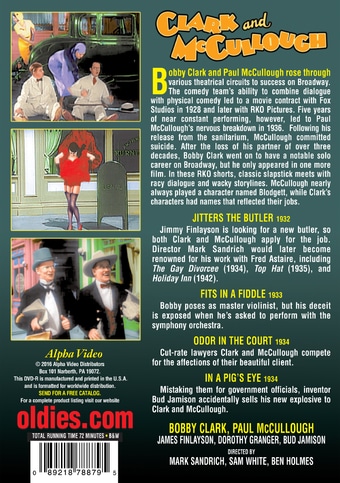 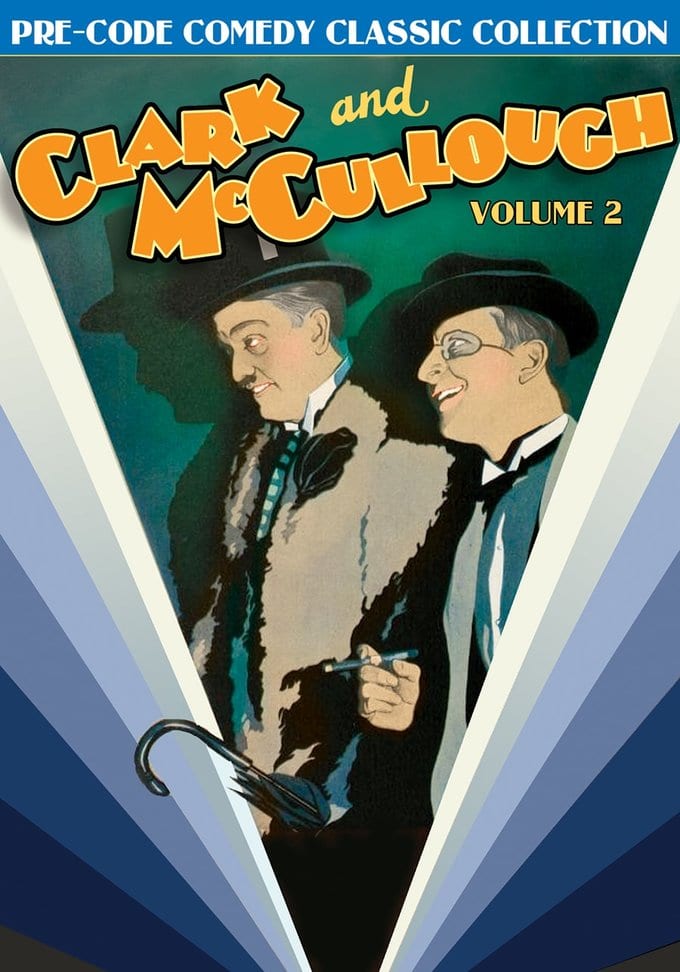 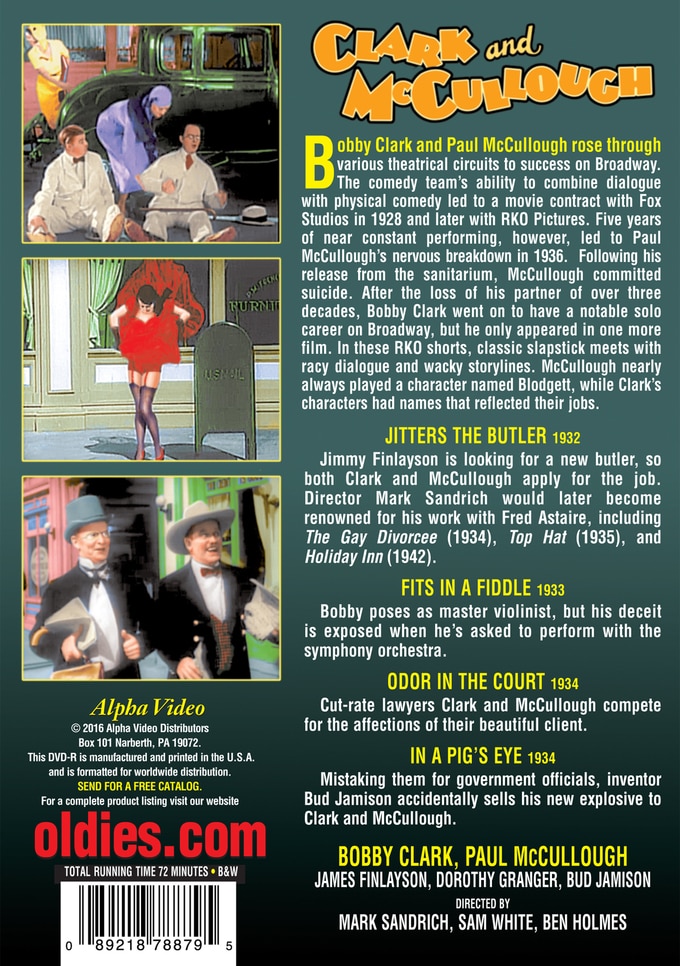 Bobby Clark and Paul McCullough rose through various theatrical circuits to success on Broadway. The comedy team's ability to combine dialogue with physical comedy led to a movie contract with Fox Studios in 1928 and later with RKO Pictures. Five years of near constant performing, however, led to Paul McCullough's nervous breakdown in 1936. Following his release from the sanitarium, McCullough committed suicide. After the loss of his partner of over three decades, Bobby Clark went on to have a notable solo career on Broadway, but he only appeared in one more film. In these pre-Code RKO shorts, classic slapstick meets with racy dialogue, wacky storylines, and gorgeous young actresses in various states of undress. McCullough nearly always played a character named Blodgett, while Clark's characters had names that reflected their jobs.

JITTERS THE BUTLER (1932): Jimmy Finlayson is looking for a new butler, so both Clark and McCullough apply for the job. Director Mark Sandrich would later become renowned for his work with Fred Astaire, including The Gay Divorcee (1934), Top Hat (1935), and Holiday Inn (1942).

FITS IN A FIDDLE (1933): Bobby poses as master violinist, but his deceit is exposed when he's asked to perform with the symphony orchestra.

ODOR IN THE COURT (1934): Cut-rate lawyers Clark and McCullough defend a beautiful divorcee in court, while at the same time competing to be her next husband.

IN A PIG'S EYE (1934): Mistaking them for government officials, inventor Bud Jamison accidentally sells his new explosive to Clark and McCullough.