Rare Shorts from the Golden Age of Hollywood, Volume 1

A collection of six long-lost short subjects from the vintage years of Hollywood. 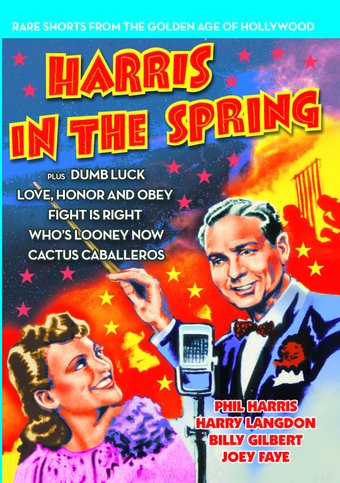 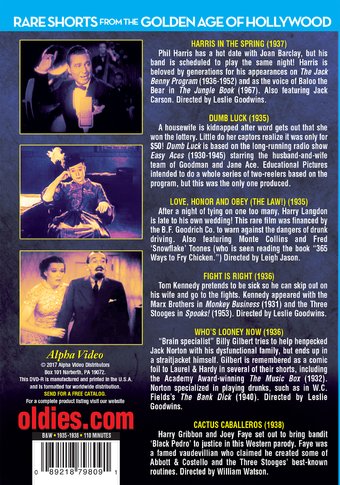 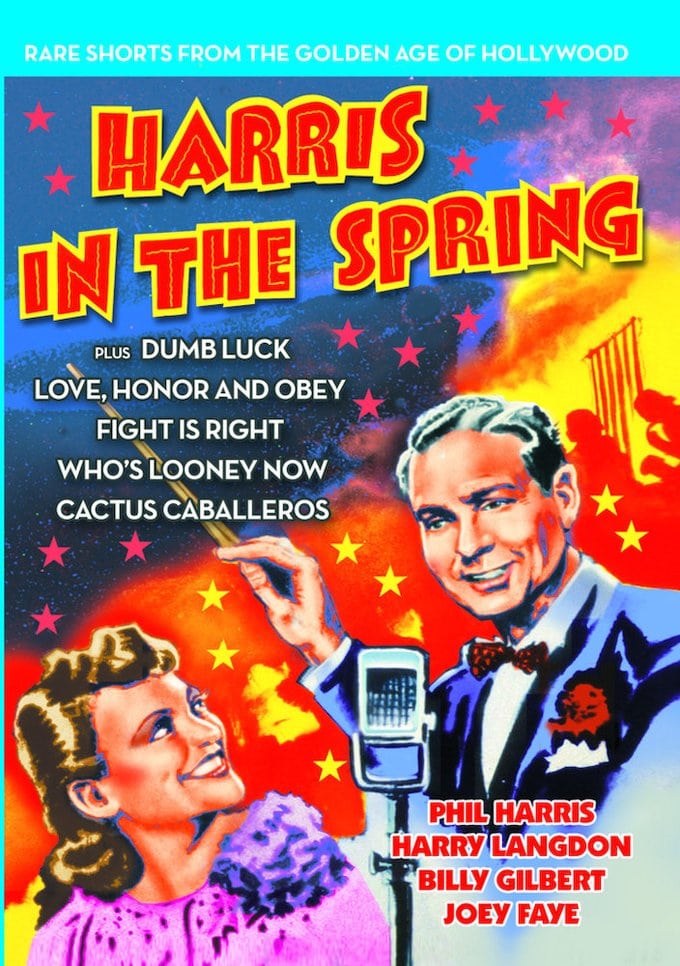 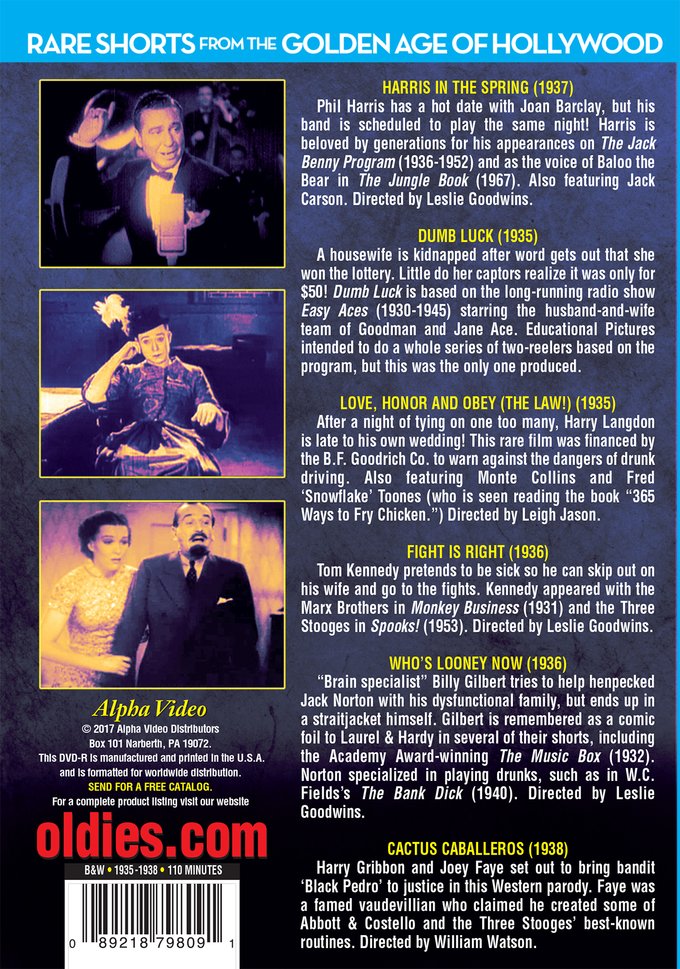 HARRIS IN THE SPRING (1937): Phil Harris has a hot date with Joan Barclay, but his band is scheduled to play the same night! Harris is beloved by generations for his appearances on The Jack Benny Program (1936-1952) and as the voice of Baloo the Bear in The Jungle Book (1967). Also featuring Jack Carson. Directed by Leslie Goodwins.

DUMB LUCK (1935): A housewife is kidnapped after word gets out that she won the lottery. Little do her captors realize it was only for $50! Dumb Luck is based on the long-running radio show Easy Aces (1930-1945) starring the husband-and-wife team of Goodman and Jane Ace. Educational Pictures intended to do a whole series of two-reelers based on the program, but this was the only one produced.

LOVE, HONOR AND OBEY (THE LAW!) (1935): After a night of tying on one too many, Harry Langdon is late to his own wedding! This rare film was financed by the B.F. Goodrich Co. to warn against the dangers of drunk driving. Also featuring Monte Collins and Fred 'Snowflake' Toones (who is seen reading the book “365 Ways to Fry Chicken”.) Directed by Leigh Jason.

FIGHT IS RIGHT (1936): Tom Kennedy pretends to be sick so he can skip out on his wife and go to the fights. Kennedy appeared with the Marx Brothers in Monkey Business (1931) and the Three Stooges in Spooks! (1953). Directed by Leslie Goodwins.

WHO'S LOONEY NOW (1936): "Brain specialist" Billy Gilbert tries to help henpecked Jack Norton with his dysfunctional family, but ends up in a straitjacket himself. Gilbert is remembered as a comic foil to Laurel & Hardy in several of their shorts, including the Academy Award-winning The Music Box (1932). Norton specialized in playing drunks, such as in W.C. Fields's The Bank Dick (1940). Directed by Leslie Goodwins.

CACTUS CABALLEROS (1938): Harry Gribbon and Joey Faye set out to bring bandit 'Black Pedro' to justice in this Western parody. Faye was a famed vaudevillian who claimed he created some of Abbott & Costello and the Three Stooges' best-known routines. Directed by William Watson.