A collection of six racy, hilarious, and often politically incorrect shorts from the anything-goes pre-Code era! 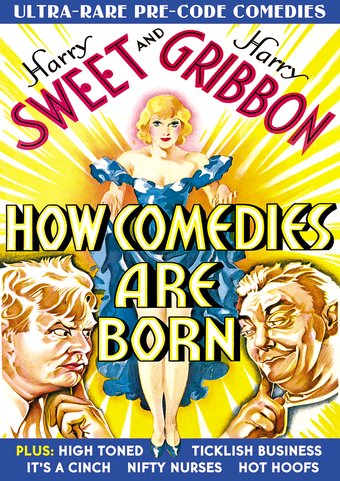 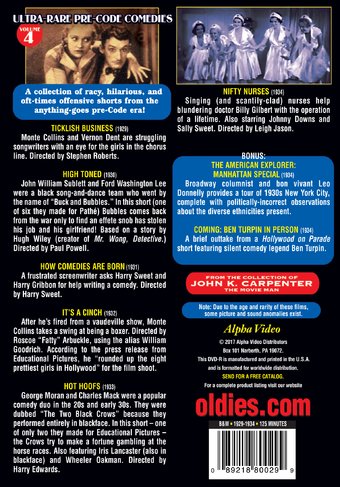 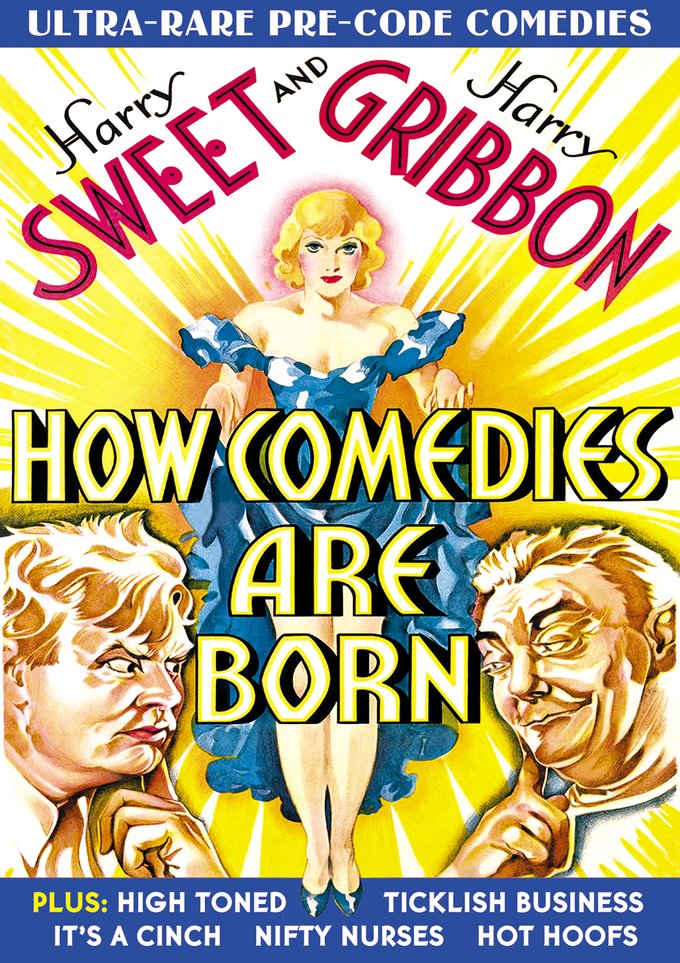 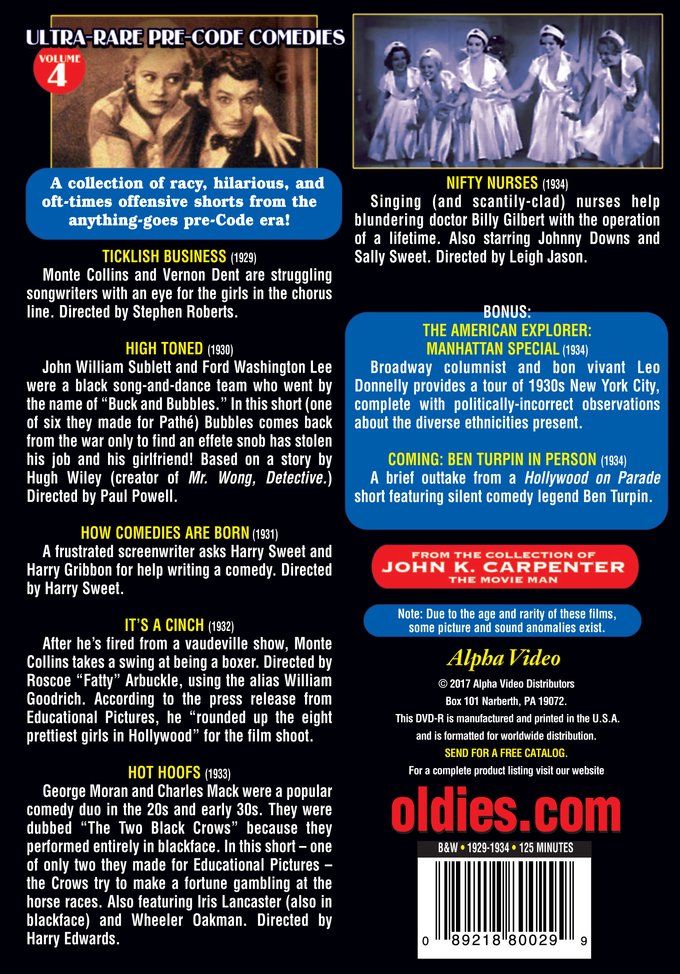 TICKLISH BUSINESS (1929): Monte Collins and Vernon Dent are struggling songwriters with an eye for the girls in the chorus line. Directed by Stephen Roberts.

HIGH TONED (1930): John William Sublett and Ford Washington Lee were a black song-and-dance team who went by the name of "Buck and Bubbles". In this short (one of six they made for Pathé) Bubbles comes back from the war only to find an effete snob has stolen his job and his girlfriend! Based on a story by Hugh Wiley (creator of Mr. Wong, Detective.) Directed by Paul Powell.

HOW COMEDIES ARE BORN (1931): A frustrated screenwriter asks Harry Sweet and Harry Gribbon for help writing a comedy. Directed by Harry Sweet.

IT'S A CINCH (1932): After he's fired from a vaudeville show, Monte Collins takes a swing at being a boxer. Directed by Roscoe "Fatty" Arbuckle, using the alias William Goodrich. According to the press release from Educational Pictures, he "rounded up the eight prettiest girls in Hollywood" for the film shoot.

HOT HOOFS (1933): George Moran and Charles Mack were a popular comedy duo in the 20s and early 30s. They were dubbed "The Two Black Crows" because they performed entirely in blackface. In this short -- one of only two they made for Educational Pictures -- the Crows try to make a fortune gambling at the horse races. Also featuring Iris Lancaster (also in blackface) and Wheeler Oakman. Directed by Harry Edwards.

From the Collection of John K. Carpenter, 'The Movie Man.' Note: Due to the age and rarity of these films, some picture and sound anomalies exist.

Racy
This product is made-on-demand by the manufacturer using DVD-R recordable media. Almost all DVD players can play DVD-Rs (except for some older models made before 2000) - please consult your owner's manual for formats compatible with your player. These DVD-Rs may not play on all computers or DVD player/recorders. To address this, the manufacturer recommends viewing this product on a DVD player that does not have recording capability.