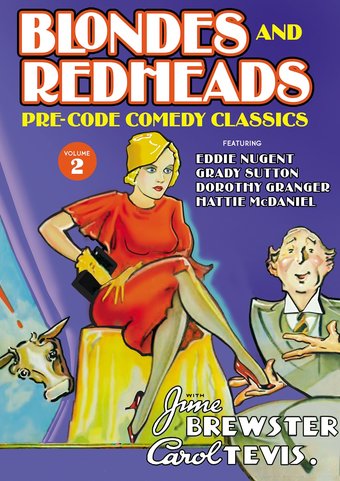 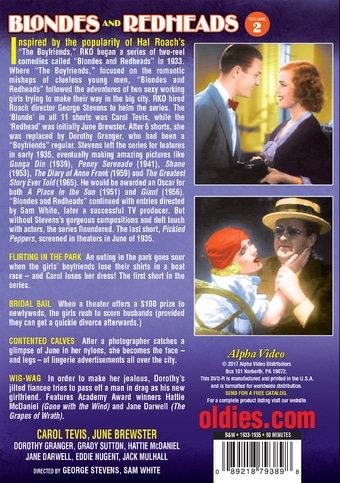 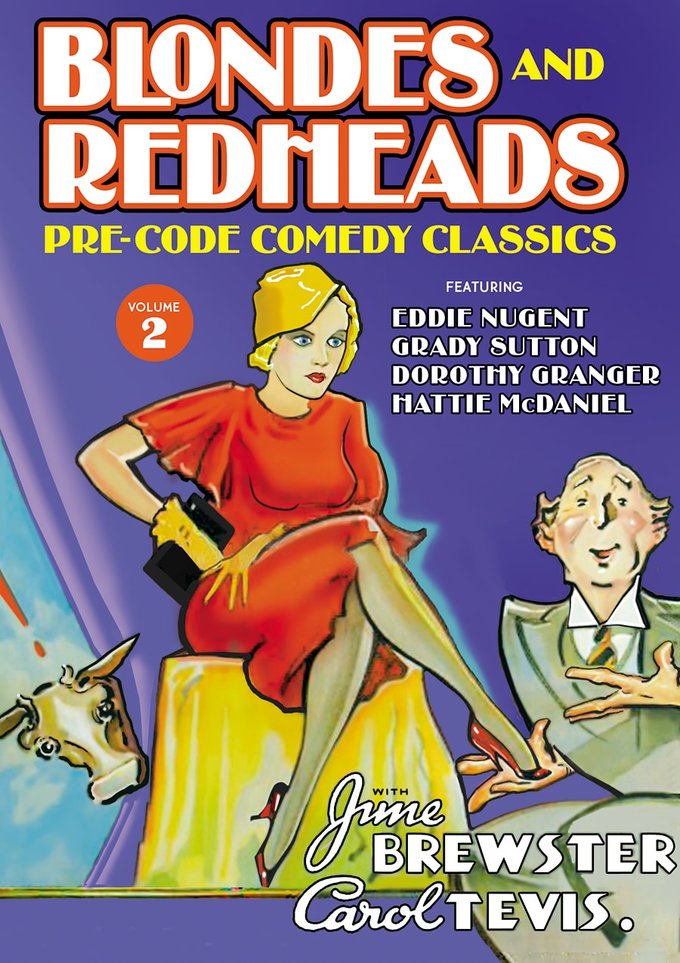 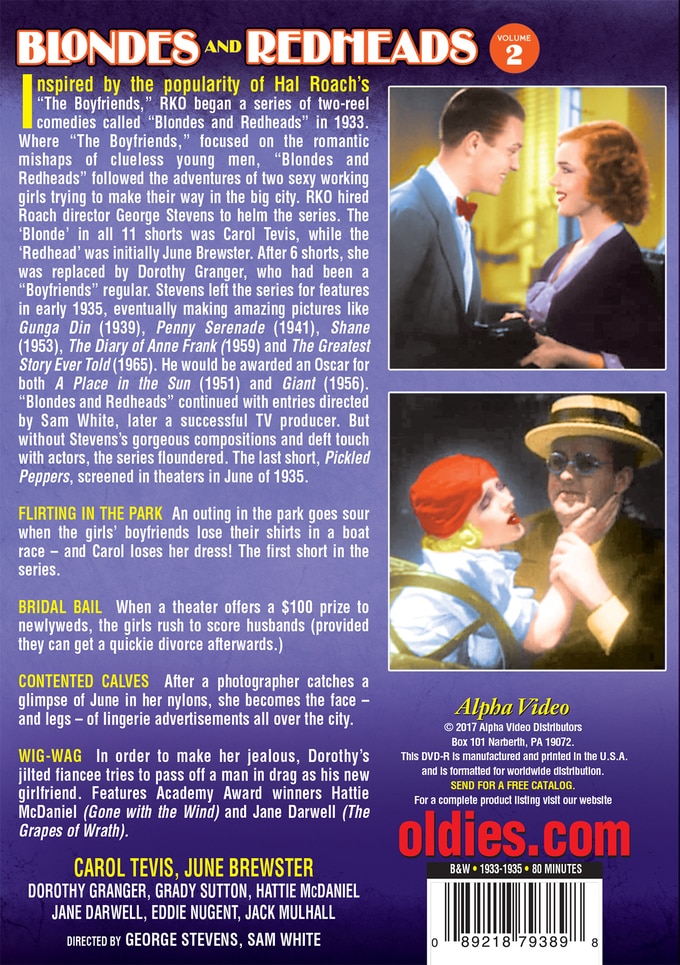 Inspired by the popularity of Hal Roach's 'The Boyfriends', RKO began a series of two-reel comedies called "Blondes and Redheads" in 1933. Where 'The Boyfriends' focused on the romantic mishaps of clueless young men, 'Blondes and Redheads' followed the adventures of two sexy working girls trying to make their way in the big city. RKO hired Roach director George Stevens to helm the series. The 'Blonde' in all 11 shorts was Carol Tevis, while the 'Redhead' was initially June Brewster. After 6 shorts, she was replaced by Dorothy Granger, who had been a 'Boyfriends' regular. Stevens left the series for features in early 1935, eventually making amazing pictures like Gunga Din (1939), Penny Serenade (1941), Shane (1953), The Diary of Anne Frank (1959) and The Greatest Story Ever Told (1965). He would be awarded an Oscar for both A Place in the Sun (1951) and Giant (1956). 'Blondes and Redheads' continued with entries directed by Sam White, later a successful TV producer. But without Stevens's gorgeous compositions and deft touch with actors, the series floundered. The last short, Pickled Peppers, screened in theatres in June of 1935.

FLIRTING IN THE PARK: An outing in the park goes sour when the girls' boyfriends lose their shirts in a boat race -- and Carol loses her dress! The first short in the series.

BRIDAL BAIL: When a theatre offers a $100 prize to newlyweds, the girls rush to score husbands (provided they can get a quickie divorce afterwards.)

CONTENTED CALVES: After a photographer catches a glimpse of Carol in her nylons, she becomes the face -- and legs -- of lingerie advertisements all over the city.

WIG-WAG: In order to make her jealous, Dorothy's jilted fiancee tries to pass off a man in drag as his new girlfriend. Features Academy Award winners Hattie McDaniel (Gone with the Wind) and Jane Darwell (The Grapes of Wrath).

25%off
Rare Shorts from the Golden Age of Hollywood, Volume 1
$5.95 on Sale
Add to Cart