The sexy adventures of two Big City girls are chronicled in this rare series of shorts directed by legendary filmmaker George Stevens. Short features include "The Undie World", "Rough Necking", "The Dancing Millionaire" and "Ocean Swells". 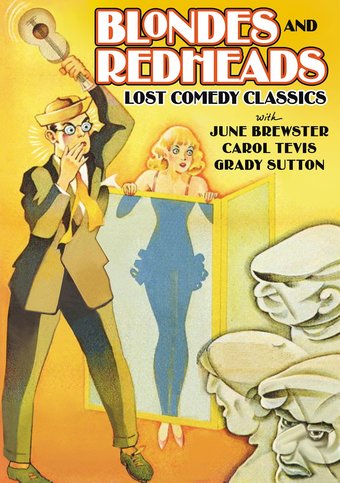 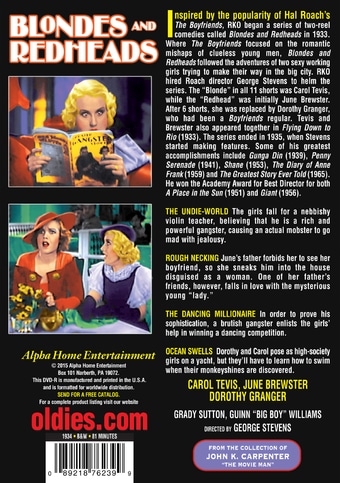 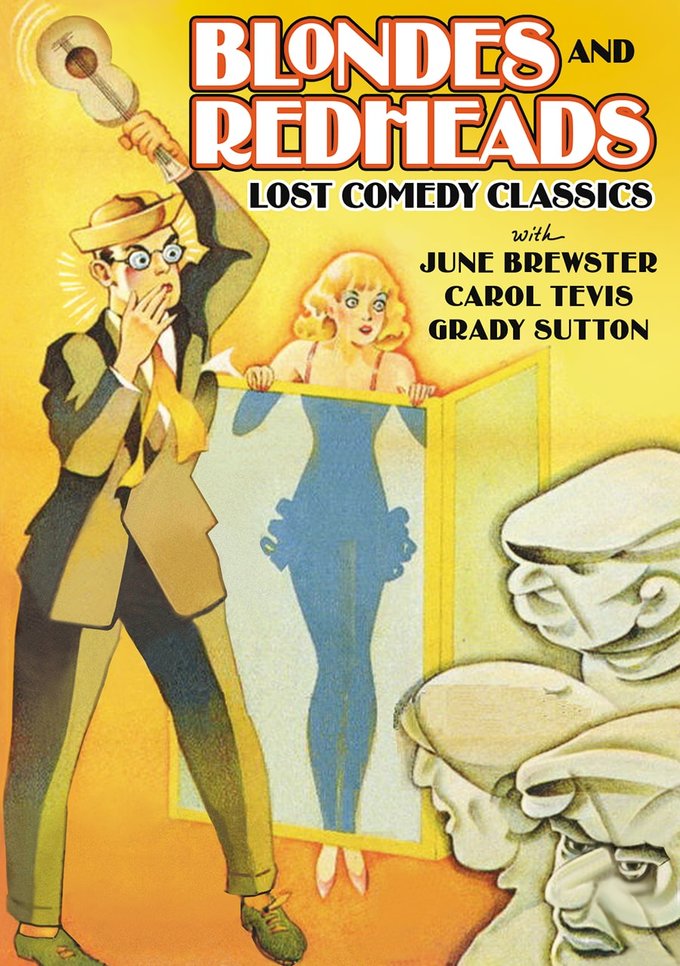 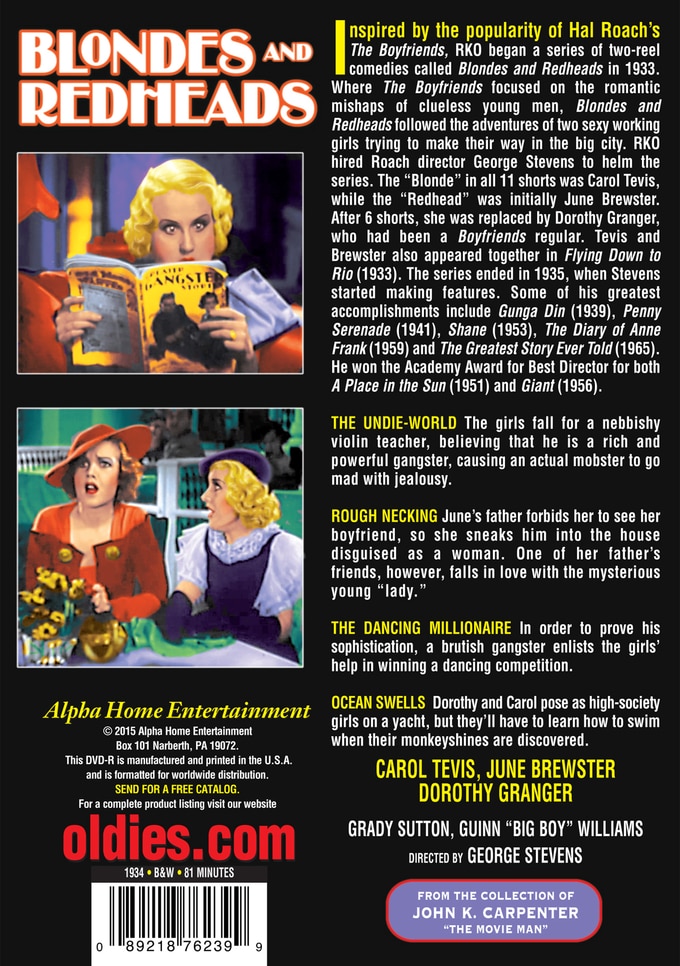 Inspired by the popularity of Hal Roach's "The Boyfriends", RKO began a series of two-reel comedies called "Blondes and Redheads" in 1933. Where "The Boyfriends" focused on the romantic mishaps of clueless young men, "Blondes and Redheads" followed the adventures of two sexy working girls trying to make their way in the big city. RKO hired Roach director George Stevens to helm the series. The "Blonde" in all 11 shorts was Carol Tevis, while the "Redhead" was initially June Brewster. After 6 shorts, she was replaced by Dorothy Granger, who had been a "Boyfriends" regular. Tevis and Brewster also appeared together in Flying Down to Rio (1933). The series ended in 1935, when Stevens started making features. Some of his greatest accomplishments include Gunga Din (1939), Penny Serenade (1941), Shane (1953), The Diary of Anne Frank (1959) and The Greatest Story Ever Told (1965). He won the Academy Award for Best Director for both A Place in the Sun (1951) and Giant (1956).

THE UNDIE-WORLD: The girls fall for a nebbishy violin teacher, believing that he is a rich and powerful gangster, causing an actual mobster to go mad with jealousy.

ROUGH NECKING: June's father forbids her to see her boyfriend, so she sneaks him into the house disguised as a woman. One of her father's friends, however, falls in love with the mysterious young "woman".

THE DANCING MILLIONAIRE: To prove his sophistication, a brutish gangster enlists the girls' help in winning a dancing competition.

OCEAN SWELLS: Dorothy and Carol pose as high-society girls on a yacht, but they'll have to learn how to swim when their monkeyshines are discovered.