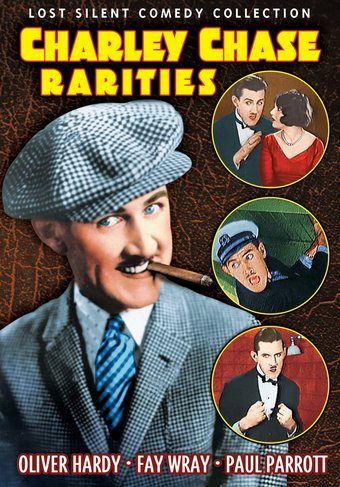 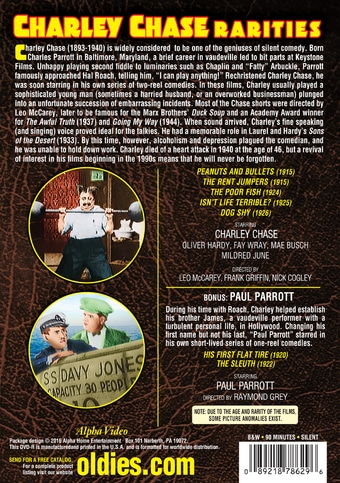 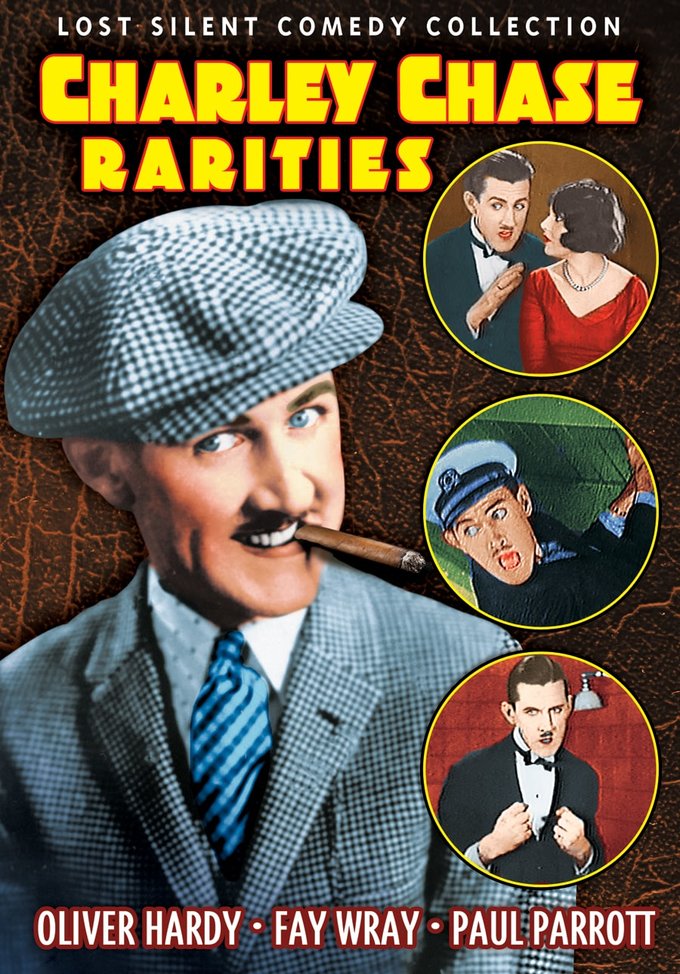 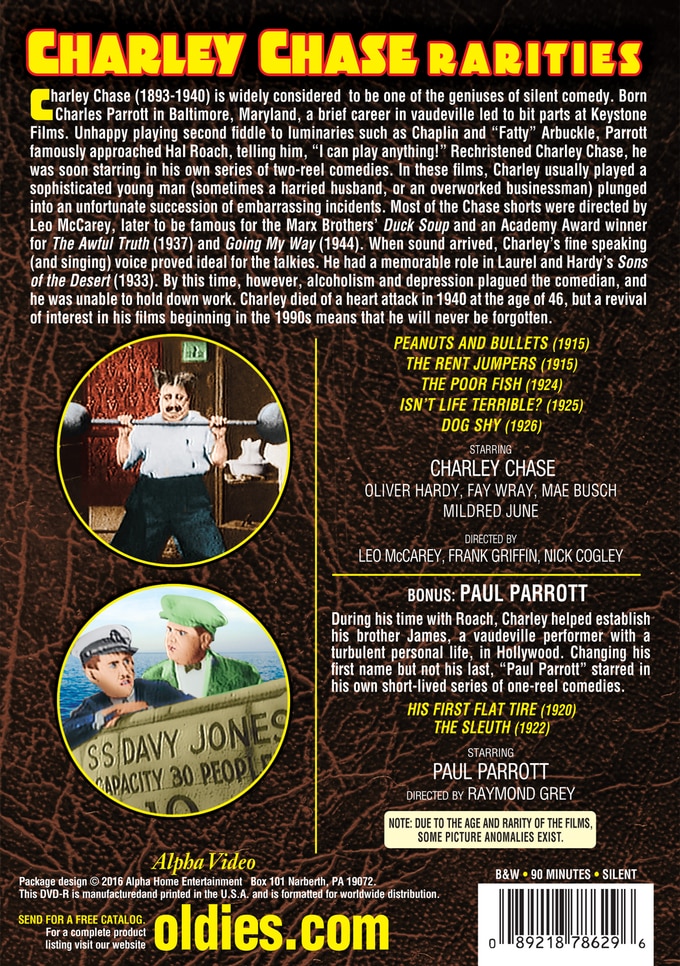 Charley Chase (1893-1940) is widely considered by film fans to be one of the geniuses of silent comedy. Born Charles Parrott in Baltimore, Maryland, a brief career in vaudeville led to bit parts at Keystone Films. Unhappy playing second fiddle to luminaries such as Chaplin and "Fatty" Arbuckle, Parrott famously approached Hal Roach, telling him, "I can play anything!" Rechristened Charley Chase, he was soon starring in his own series of two-reel comedies for Roach. In these films, Charley usually played a sophisticated young man (sometimes a harried husband, or an overworked businessman) plunged into an unfortunate succession of embarrassing incidents. Most of the Chase shorts were directed by Leo McCarey, later to be famous for the Marx Brothers' Duck Soup and an Academy Award winner for The Awful Truth (1937) and Going My Way (1944). When sound arrived, Charley's fine speaking (and singing) voice proved ideal for the talkies. He had a memorable role in Laurel and Hardy's Sons of the Desert (1933). By this time, however, alcoholism and depression plagued the comedian, and he was unable to hold down work. Charley died of a heart attack in 1940 at the age of 46, but a revival of interest in his films beginning in the 1990s means that he will never be forgotten.

Peanuts And Bullets (1915): Charley stars in one of his few solo comedies at Keystone billed as Charles Parrott. He plays a starving soul looking to steal a peanut vendor's wares -- and his girlfriend!

The Rent Jumpers (1915): In another early Keystone short, Charley steals his best friend's wallet and takes sultry Mae Busch out for a night of dancing. Unfortunately, he doesn't realize his pal is just as broke as he is and the wallet is empty.

The Poor Fish (1924): For his first films at Roach, Charley played the role of "Jimmie Jump", a put-upon everyman. Here Jimmie decides to switch roles with his wife. While the little woman goes out to work, he does the cooking and cleaning. One burned-down house later, Jimmie is longing for his office cubicle. The first of three shorts in this compilation directed by Leo McCarey.

Isn't Life Terrible? (1925): Charley is a door-to-door pen salesman. After selling more pens than anyone in America, he is rewarded with an ocean cruise. Unfortunately, he has to bring along his obnoxious brother-in-law, played by Oliver Hardy. A young Fay Wray has a cameo as one of Charley's prospective pen buyers. The title parodies D.W. Griffith's Isn't Life Wonderful (1924).

Dog Shy (1926): Pretty Mildred June is being forced by her aristocratic parents to marry a no-good nobleman. Charley, her old college sweetheart, shows up to stop the wedding. But he has to get through the family's guard dog first...

BONUS: PAUL PARROTT: During his time with Roach, Charley helped establish his brother James, a vaudeville performer with a turbulent personal life, in Hollywood. Changing his first name but not his last, "Paul Parrott" starred in his own short-lived series of one-reel comedies. Not as photogenic as his brother, Paul found more success behind the camera. He directed Laurel and Hardy's Oscar-winning short The Music Box (1932). Sadly, Paul's demons eventually caught up with him, and he died of drug-related heart failure in 1939 at the age of 41. The loss of his brother contributed heavily to Charley's own depression and eventual death.

His First Flat Tire (1920): Paul and his pal, chauffeur Sid Smith, prevent a bank robbery masterminded by a sexy vamp.

The Sleuth (1922): Charley wrote this detective story spoof for his brother. Paul is a bellhop who must uncover which hotel guest stole some priceless jewels. Directed by Raymond Grey.