A collection of rare, silent comedies centered around wacky automobiles. 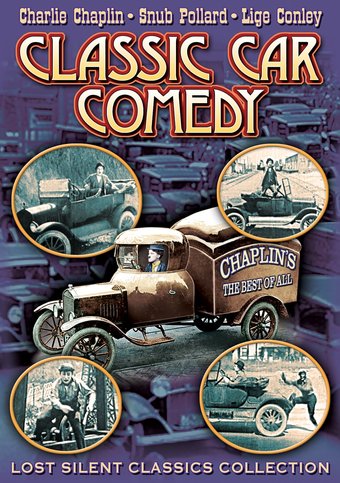 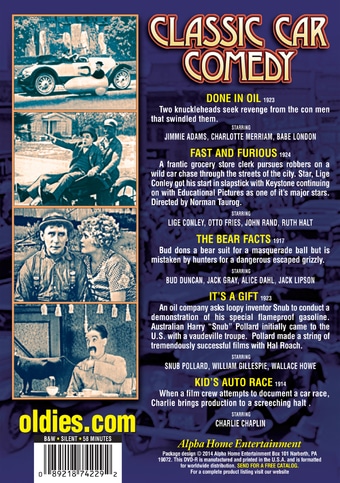 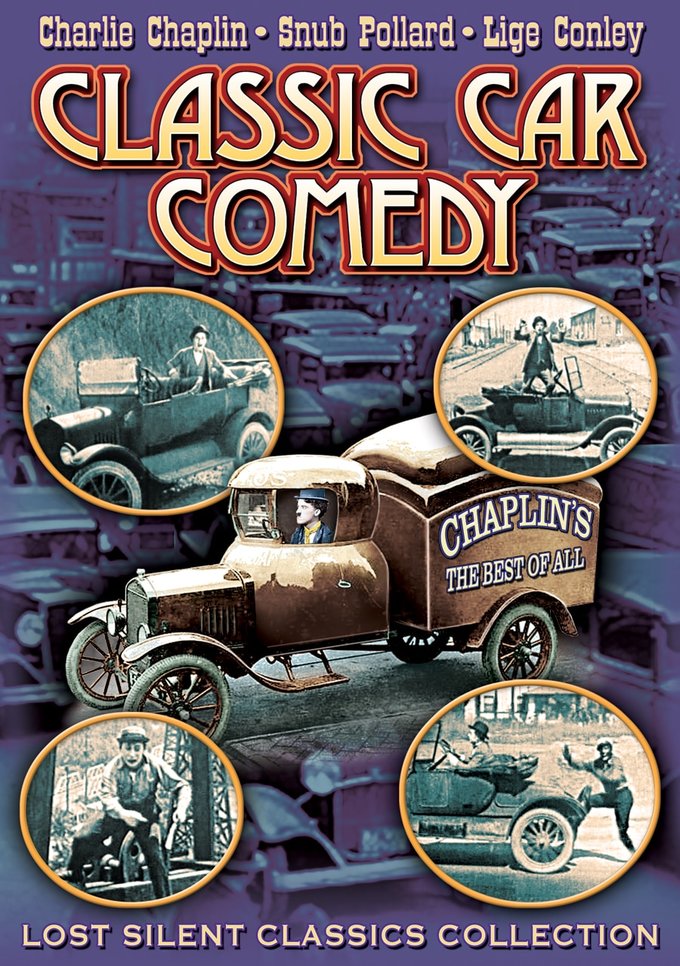 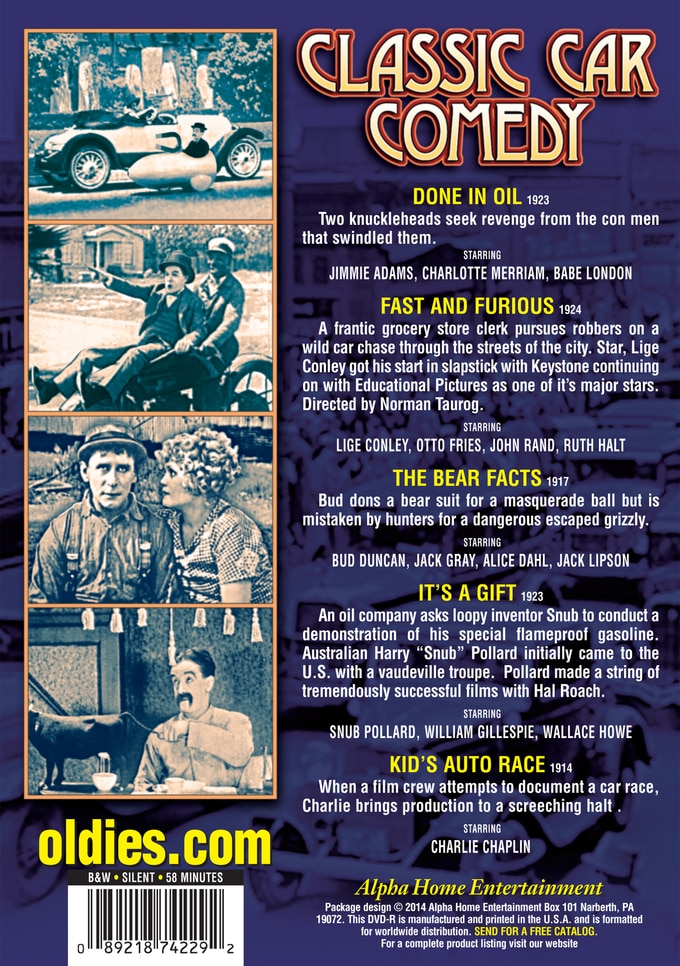 Fast And Furious (1924): A frantic grocery store clerk pursues robbers on a wild car chase through the streets of the city. Starring Lige Conley, Otto Fries, John Rand and Ruth Halt. Directed by Norman Taurog. Star, Lige Conley got his start in slapstick with Keystone continuing on with Educational Pictures as one of it's major stars.

The Bear Facts (1917): Bud dons a bear suit for a masquerade ball but is mistaken by hunters for a dangerous escaped grizzly. Starring Bud Duncan, Jack Gray, Alice Dahl and Jack Lipson.

It's A Gift (1923): An oil company asks loopy inventor Snub to conduct a demonstration of his special flameproof gasoline. Starring Snub pollard, William Gillespie and Wallace Howe. Australian Harry "Snub" Pollard initially came to the U.S. with a vaudeville troupe. Pollard made a string of tremendously successful films with Hal Roach.