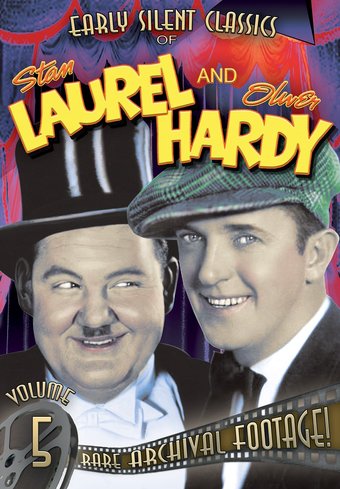 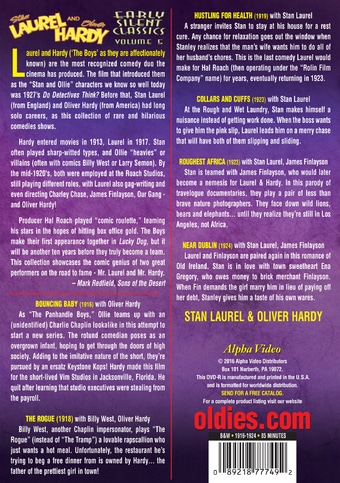 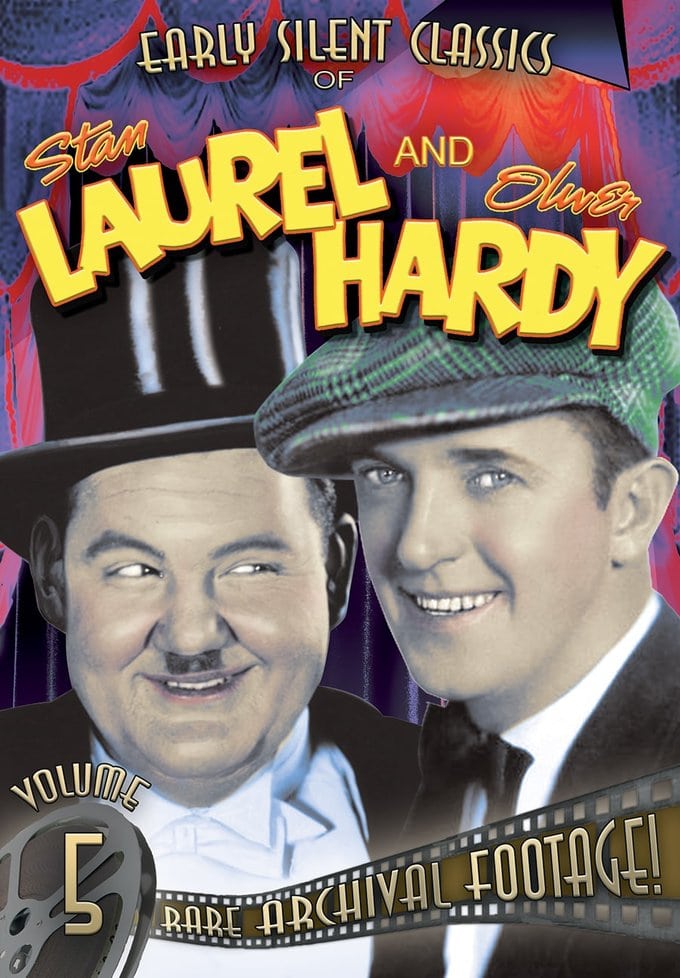 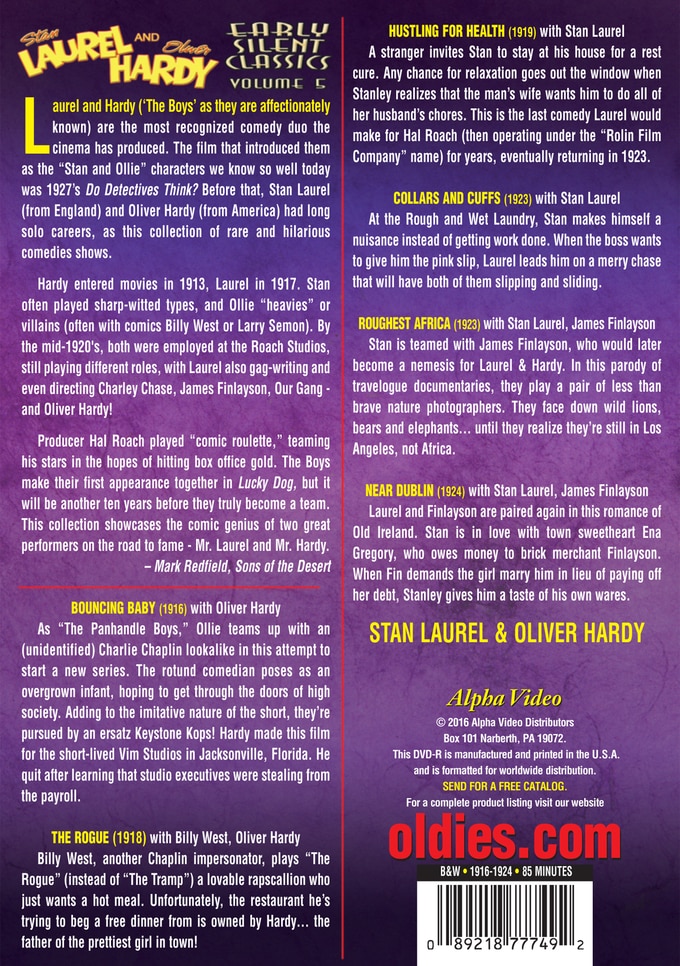 Laurel and Hardy ('The Boys' as they are affectionately known) are the most recognized comedy duo the cinema has produced. The film that introduced them as the "Stan and Ollie" characters we know so well today was 1927's Do Detectives Think? Before that, Stan Laurel (from England) and Oliver Hardy (from America) had long solo careers, as this collection of rare and hilarious comedies shows.

BOUNCING BABY (1916): with Oliver Hardy
As "The Panhandle Boys", Ollie teams up with an (unidentified) Charlie Chaplin lookalike in this attempt to start a new series. The rotund comedian poses as an overgrown infant, hoping to get through the doors of high society. Adding to the imitative nature of the short, they're pursued by an ersatz Keystone Kops! Hardy made this film for the short-lived Vim Studios in Jacksonville, Florida. He quit after learning that studio executives were stealing from the payroll.

THE ROGUE (1918): with Billy West, Oliver Hardy
Billy West, another Chaplin impersonator, plays "The Rogue" (instead of "The Tramp") a lovable rapscallion who just wants a hot meal. Unfortunately, the restaurant he's trying to beg a free dinner from is owned by Hardy...the father of the prettiest girl in town!

HUSTLING FOR HEALTH: (1919) with Stan Laurel
A stranger invites Stan to stay at his house for a rest cure. Any chance for relaxation goes out the window when Stanley realizes that the man's wife wants him to do all of her husband's chores. This is the last comedy Laurel would make for Hal Roach (then operating under the "Rolin Film Company" name) for years, eventually returning in 1923.

COLLARS AND CUFFS (1923): with Stan Laurel
At the Rough and Wet Laundry, Stan makes himself a nuisance instead of getting work done. When the boss wants to give him the pink slip, Laurel leads him on a merry chase that will have both of them slipping and sliding.

ROUGHEST AFRICA (1923): with Stan Laurel, James Finlayson
Stan is teamed with James Finlayson, who would later become a nemesis for Laurel & Hardy. In this parody of travelogue documentaries, they play a pair of less than brave nature photographers. They face down wild lions, bears and elephants...until they realize they're still in Los Angeles, not Africa.

NEAR DUBLIN (1924): with Stan Laurel, James Finlayson
Laurel and Finlayson are paired again in this romance of Old Ireland. Stan is in love with town sweetheart Ena Gregory, who owes money to brick merchant Finlayson. When Fin demands the girl marry him in lieu of paying off her debt, Stanley gives him a taste of his own wares.