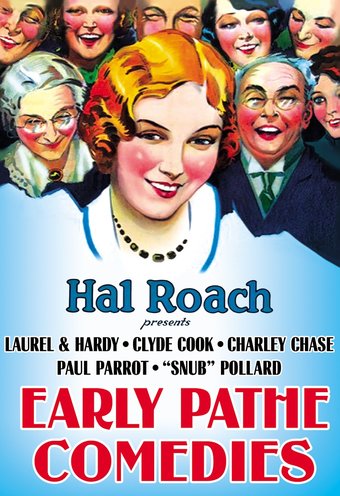 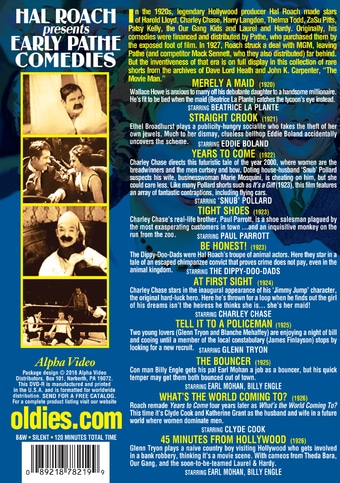 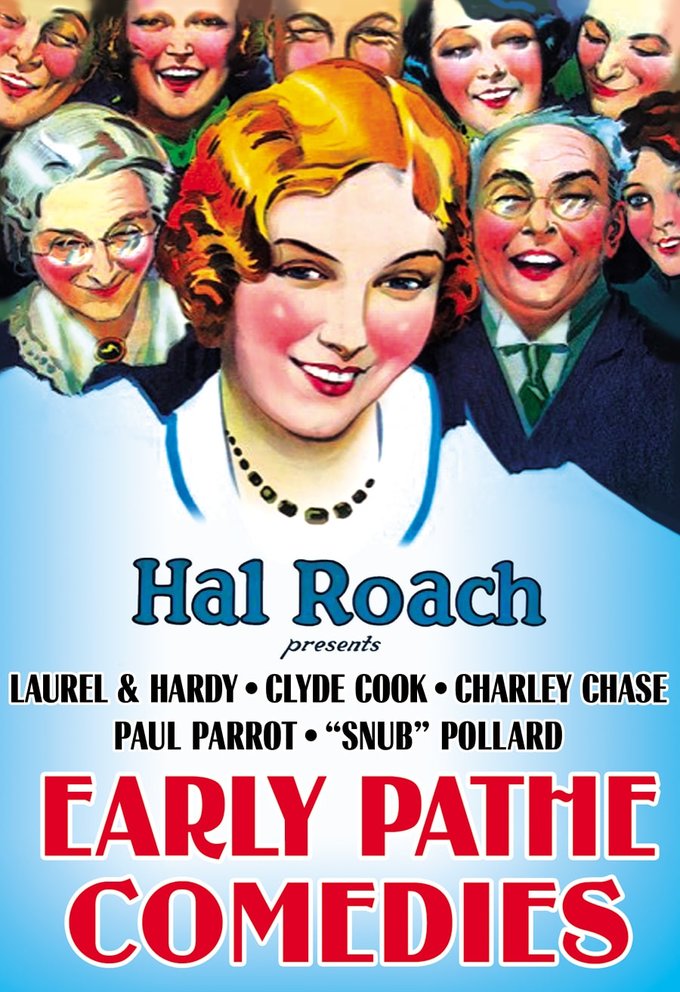 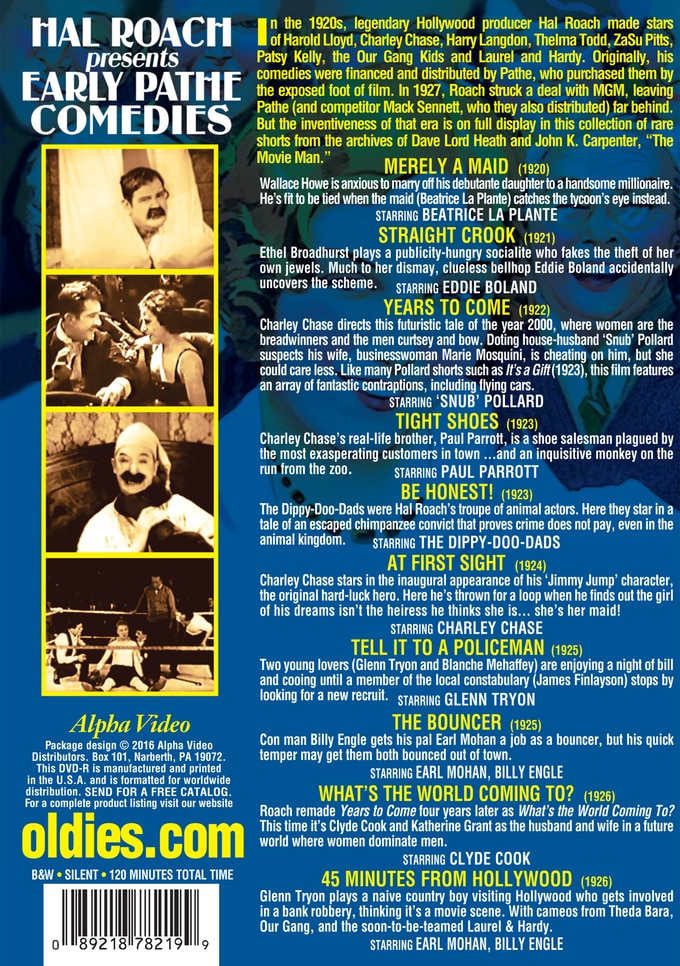 In the 1920s, legendary Hollywood producer Hal Roach made stars of Harold Lloyd, Charley Chase, Harry Langdon, Thelma Todd, ZaSu Pitts, Patsy Kelly, the Our Gang Kids and Laurel and Hardy. Originally, his comedies were financed and distributed by Pathé, who purchased them by the exposed foot of film. In 1927, Roach struck a deal with MGM, leaving Pathé (and competitor Mack Sennett, who they also distributed) far behind. But the inventiveness of that era is on full display in this collection of rare shorts from the archives of Dave Lord Heath and John K. Carpenter, "The Movie Man".

Merely A Maid (1920): Wallace Howe is anxious to marry off his debutante daughter to a handsome millionaire. He's fit to be tied when the maid (Beatrice La Plante) catches the tycoon's eye instead. Starring Beatrice La Plante. Directed by Fred C. Newmeyer.

Straight Crook (1921): Ethel Broadhurst plays a publicity-hungry socialite who fakes the theft of her own jewels. Much to her dismay, clueless bellhop Eddie Boland accidentally uncovers the scheme. Starring Eddie Boland.

Years To Come (1922): Charley Chase directs this futuristic tale of the year 2000, where women are the breadwinners and the men curtsey and bow. Doting house-husband 'Snub' Pollard suspects his wife, businesswoman Marie Mosquini, is cheating on him, but she could care less. Like many Pollard shorts such as It's a Gift (1923), this film features an array of fantastic contraptions, including flying cars. Starring 'Snub' Pollard. Directed by Charley Chase.

Tight Shoes (1923): Charley Chase's real-life brother, Paul Parrott, is a shoe salesman plagued by the most exasperating customers in town ...and an inquisitive monkey on the run from the zoo. Starring Paul Parrott. Directed by George Jeske.

Be Honest! (1923): The Dippy-Doo-Dads were Hal Roach's troupe of animal actors. Here they star in a tale of an escaped chimpanzee convict that proves crime does not pay, even in the animal kingdom. Directed by Len Powers.

At First Sight (1924): Charley Chase stars in the inaugural appearance of his 'Jimmy Jump' character, the original hard-luck hero. Here he's thrown for a loop when he finds out the girl of his dreams isn't the heiress he thinks she is...she's her maid! Directed by Jay Howe.

Tell It To A Policeman (1925): Two young lovers (Glenn Tryon and Blanche Mehaffey) are enjoying a night of bill and cooing until a member of the local constabulary (James Finlayson) stops by looking for a new recruit. Starring Glenn Tryon. Directed by Fred Guiol.

The Bouncer (1925): Con man Billy Engle gets his pal Earl Mohan a job as a bouncer, but his quick temper may get them both bounced out of town. Starring Earl Mohan, Billy Engle. Directed by Ralph Cedar.

45 Minutes From Hollywood (1926): Glenn Tryon plays a naive country boy visiting Hollywood who gets involved in a bank robbery, thinking it's a movie scene. With cameos from Theda Bara, Our Gang, and the soon-to-be-teamed Laurel & Hardy. Starring Glenn Tryon. Directed by Fred Guiol.