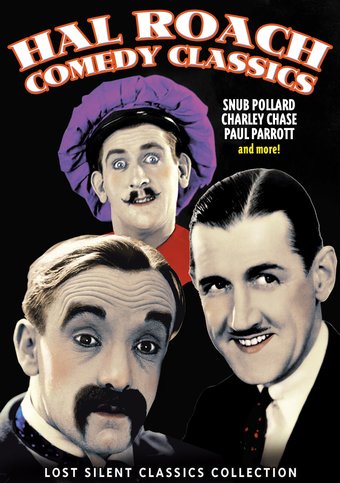 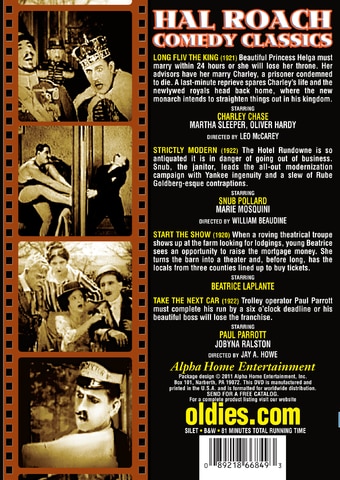 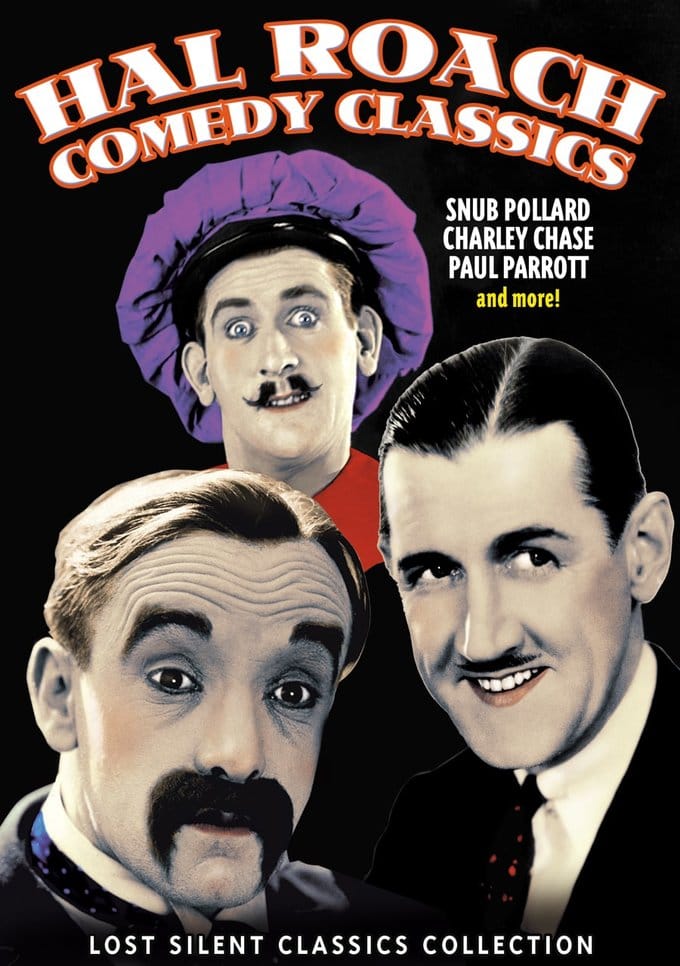 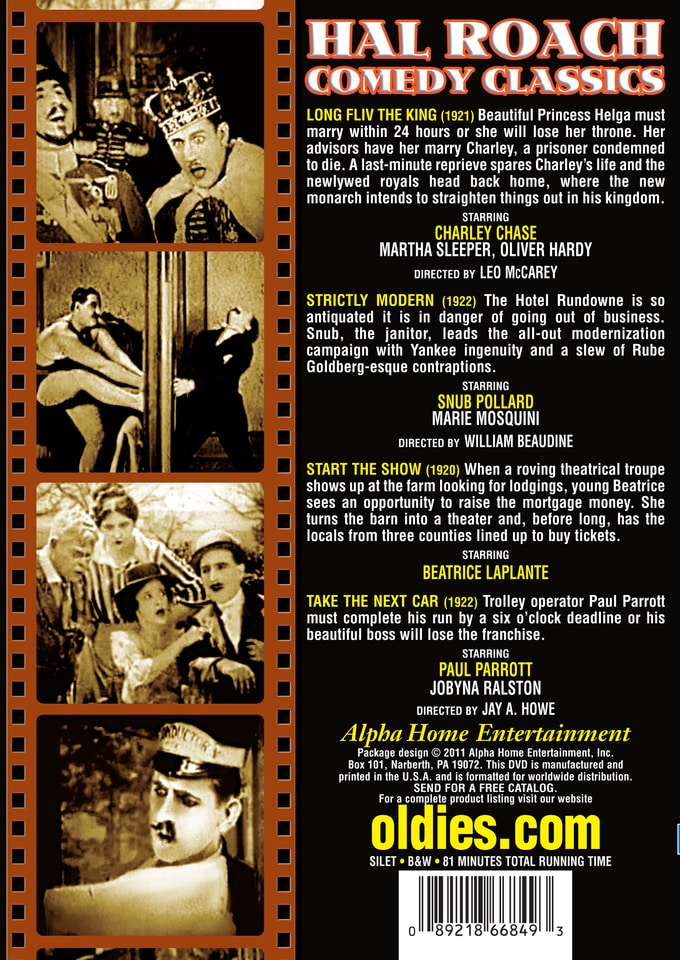 Long Fliv The King (1921): Beautiful Princess Helga must marry within 24 hours or she will lose her throne. Her advisors have her marry Charley, a prisoner condemned to die. A last-minute reprieve spares Charley's life and the newlywed royals head back home, where the new monarch intends to straighten things out in his kingdom.Starring Charley Chase, Martha Sleeper, Oliver Hardy; Directed by Leo McCarey.

Strictly Modern (1922): The Hotel Rundowne is so antiquated it is in danger of going out of business. Snub, the janitor, leads the all-out modernization campaign with Yankee ingenuity and a slew of Rube Goldberg-esque contraptions. Starring Snub Pollard, Marie Mosquini; Directed by William Beaudine.

Start The Show (1920): When a roving theatrical troupe shows up at the farm looking for lodgings, young Beatrice sees an opportunity to raise the mortgage money. She turns the barn into a theater and, before long, has the locals from three counties lined up to buy tickets. Starring Beatrice LaPlante.

Take The Next Car (1922): Trolley operator Paul Parrott must complete his run by a six o'clock deadline or his beautiful boss will lose the franchise. Starring Paul Parrott, Jobyna Ralston; Directed by Jay A. Howe.