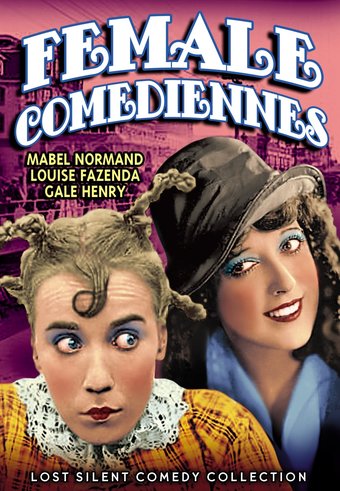 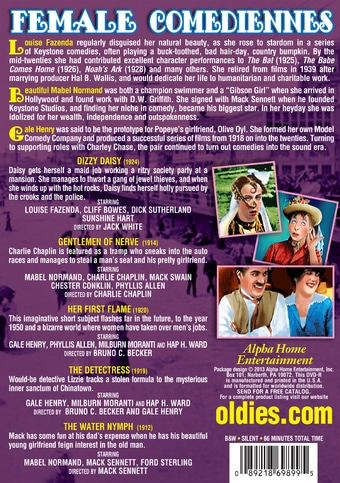 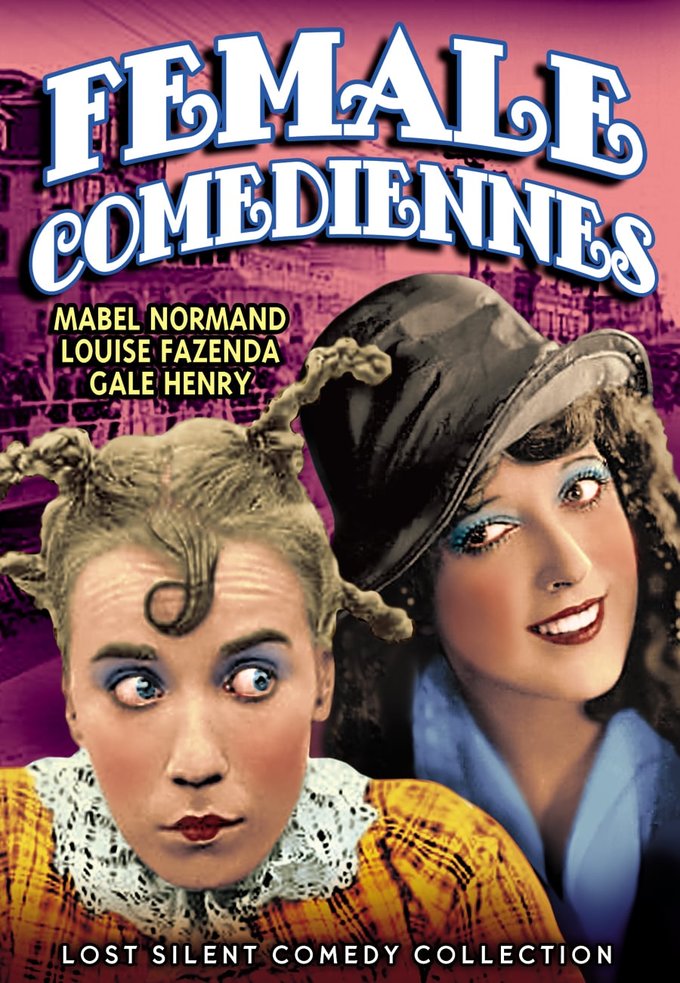 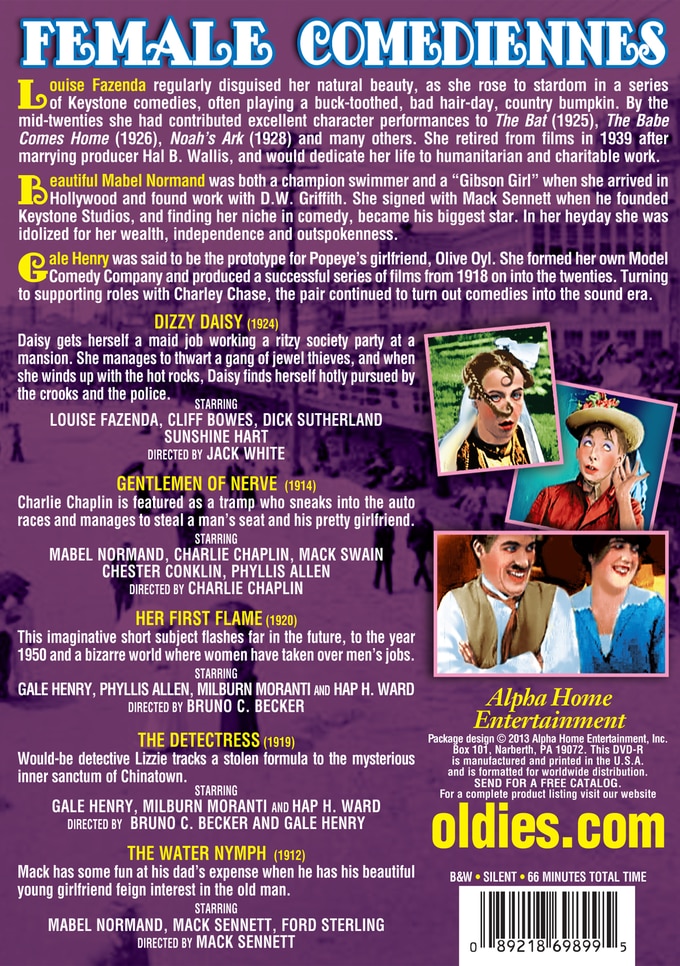 Louise Fazenda regularly disguised her natural beauty, as she rose to stardom in a series of Keystone comedies, often playing a buck-toothed, bad hair-day, country bumpkin. By the mid-twenties she had contributed excellent character performances to The Bat (1925), The Babe Comes Home (1926), Noah's Ark (1928) and many others. She retired from films in 1939 after marrying producer Hal B. Wallis, and would dedicate her life to humanitarian and charitable work.

Beautiful Mabel Normand was both a champion swimmer and a "Gibson Girl" when she arrived in Hollywood and found work with D.W. Griffith. She signed with Mack Sennett when he founded Keystone Studios, and finding her niche in comedy, became his biggest star. In her heyday she was idolized for her wealth, independence and outspokenness.

Gale Henry was said to be the prototype for Popeye's girlfriend, Olive Oyl. She formed her own Model Comedy Company and produced a successful series of films from 1918 on into the twenties. Turning to supporting roles with Charley Chase, the pair continued to turn out comedies into the sound era.

DIZZY DAISY (1924): Daisy gets herself a maid job working a ritzy society party at a mansion. She manages to thwart a gang of jewel thieves, and when she winds up with the hot rocks, Daisy finds herself hotly pursued by the crooks and the police. Starring Louise Fazenda, Cliff Bowes, Dick Sutherland, Sunshine Hart; Directed by Jack White.

GENTLEMEN OF NERVE (1914): Charlie Chaplin is featured as a tramp who sneaks into the auto races and manages to steal a man's seat and his pretty girlfriend. Starring Mabel Normand, Charlie Chaplin, Mack Swain, Chester Conklin, Phyllis Allen; Directed by Charlie Chaplin.

HER FIRST FLAME (1920): This imaginative short subject flashes far in the future, to the year 1950 and a bizarre world where women have taken over men's jobs. Starring Gale Henry, Phyllis Allen, Milburn Moranti and Hap H. Ward; Directed by Bruno C. Becker.

THE WATER NYMPH (1912): Mack has some fun at his dad's expense when he has his beautiful young girlfriend feign interest in the old man. Starring Mabel Normand, Mack Sennett, Ford Sterling; Directed by Mack Sennett.