The Talk of Hollywood 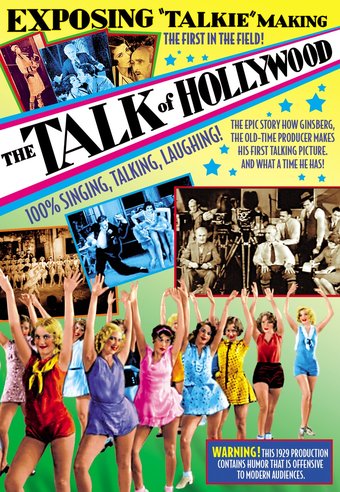 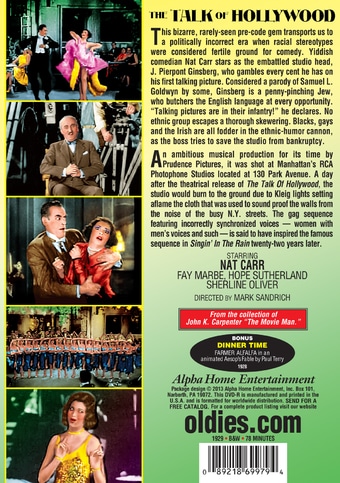 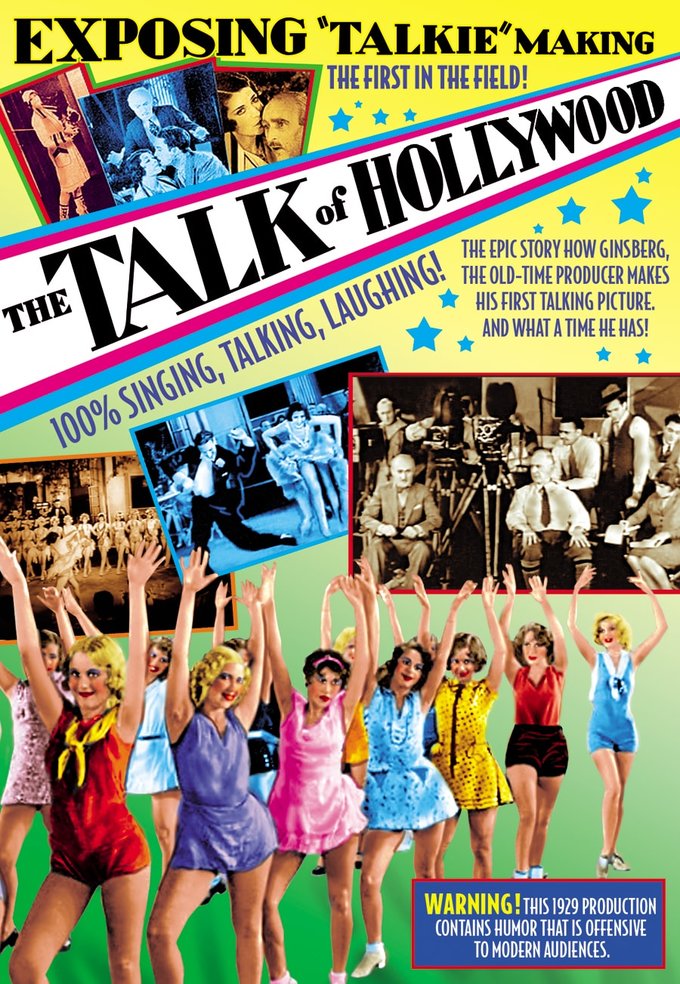 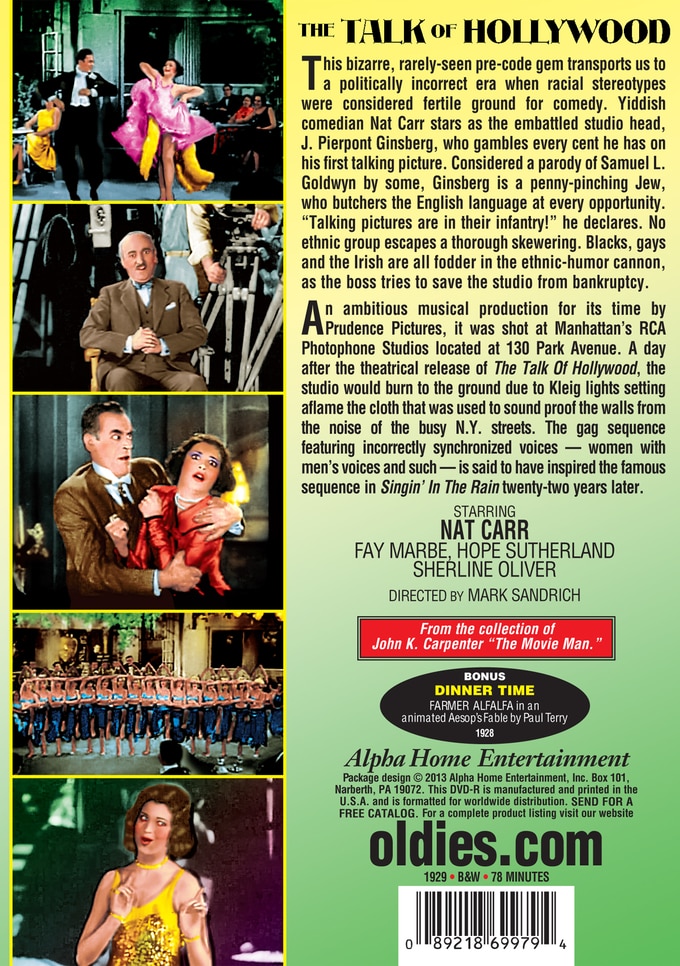 This bizarre, rarely-seen pre-code gem transports us to a politically incorrect era when racial stereotypes were considered fertile ground for comedy. Yiddish comedian Nat Carr stars as the embattled studio head, J. Pierpont Ginsberg, who gambles every cent he has on his first talking picture. Considered a parody of Samuel L. Goldwyn by some, Ginsberg is a penny-pinching Jew, who butchers the English language at every opportunity. "Talking pictures are in their infantry!" he declares. No ethnic group escapes a thorough skewering. Blacks, gays and the Irish are all fodder in the ethnic-humor cannon, as the boss tries to save the studio from bankruptcy.

An ambitious musical production for its time by Prudence Pictures, it was shot at Manhattan's RCA Photophone Studios located at 130 Park Avenue. A day after the theatrical release of The Talk of Hollywood, the studio would burn to the ground due to Kleig lights setting aflame the cloth that was used to sound proof the walls from the noise of the busy N.Y. streets. The gag sequence featuring incorrectly synchronized voices - women with men's voices and such - is said to have inspired the famous sequence in Singin' In The Rain twenty-two years later.

Showbiz | Behind The Scenes | Filmmakers | Filmmaking
This product is made-on-demand by the manufacturer using DVD-R recordable media. Almost all DVD players can play DVD-Rs (except for some older models made before 2000) - please consult your owner's manual for formats compatible with your player. These DVD-Rs may not play on all computers or DVD player/recorders. To address this, the manufacturer recommends viewing this product on a DVD player that does not have recording capability.