Three classic all star musical comedy shorts from the Golden Age of Hollywood. 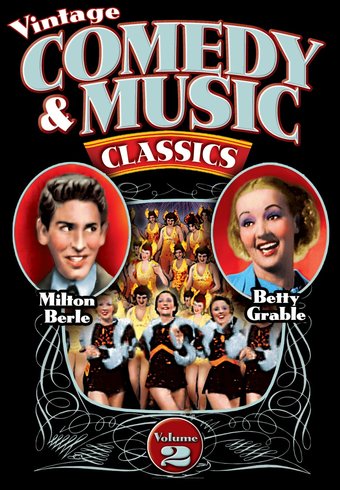 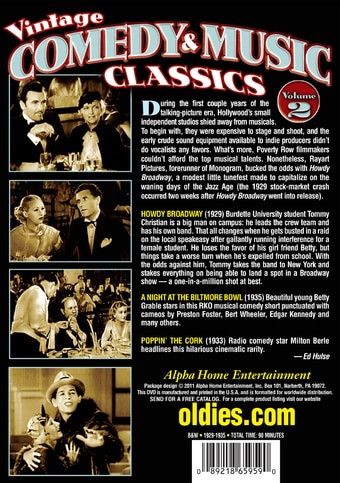 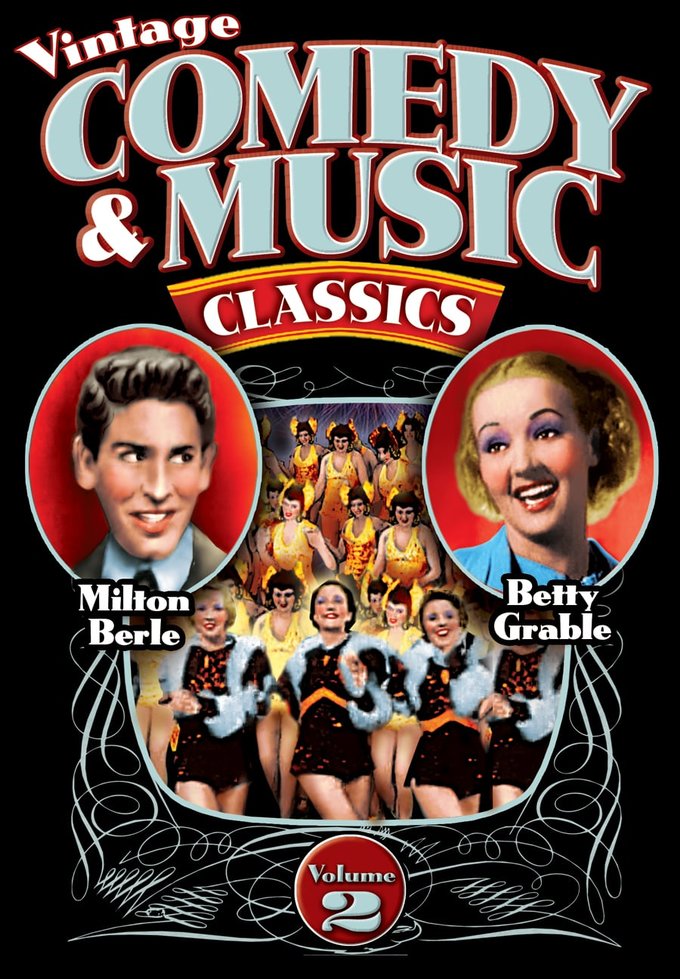 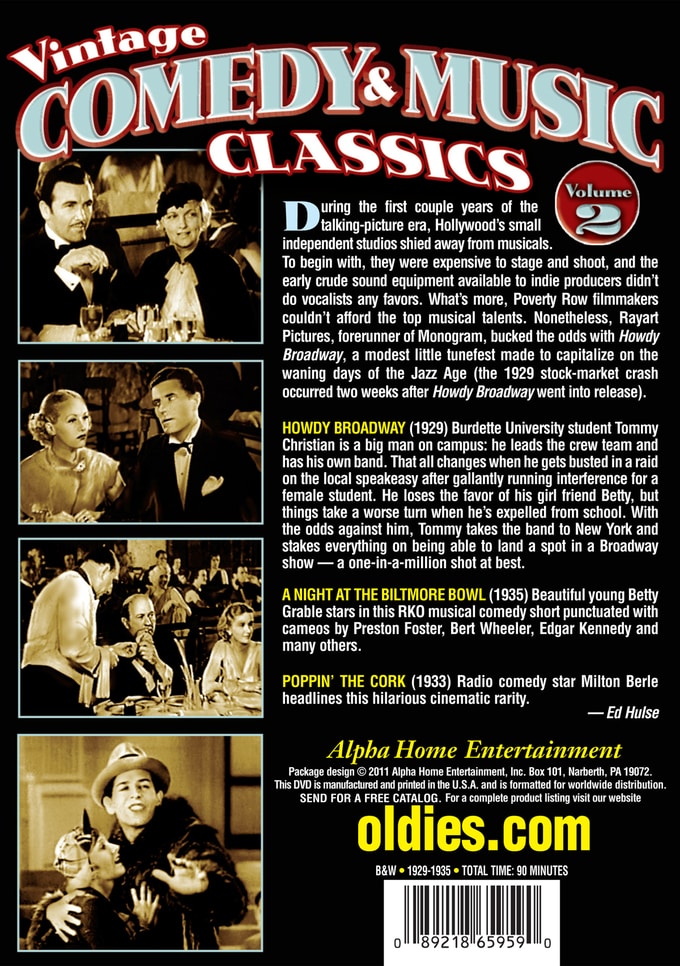 During the first couple years of the talking-picture era, Hollywood's small independent studios shied away from musicals. To begin with, they were expensive to stage and shoot, and the early crude sound equipment available to indie producers didn't do vocalists any favors. What's more, Poverty Row filmmakers couldn't afford the top musical talents. Nonetheless, Rayart Pictures, forerunner of Monogram, bucked the odds with Howdy Broadway, a modest little tunefest made to capitalize on the waning days of the Jazz Age (the 1929 stock-market crash occurred two weeks after Howdy Broadway went into release).

Howdy Broadway (1929): Burdette University student Tommy Christian is a big man on campus: he leads the crew team and has his own band. That all changes when he gets busted in a raid on the local speakeasy after gallantly running interference for a female student. He loses the favor of his girl friend Betty, but things take a worse turn when he's expelled from school. With the odds against him, Tommy takes the band to New York and stakes everything on being able to land a spot in a Broadway show - a one-in-a-million shot at best.

A Night At The Biltmore Bowl (1935): Beautiful young Betty Grable stars in this RKO musical comedy short punctuated with cameos by Preston Foster, Bert Wheeler, Edgar Kennedy and many others.