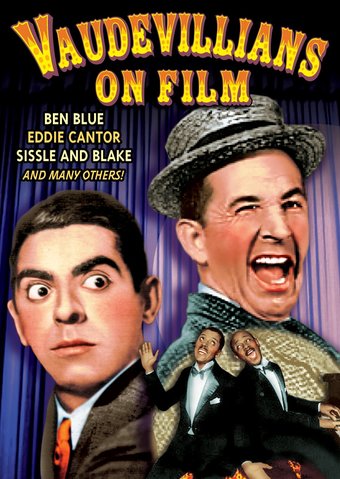 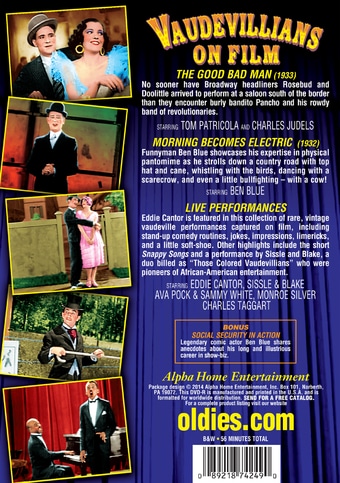 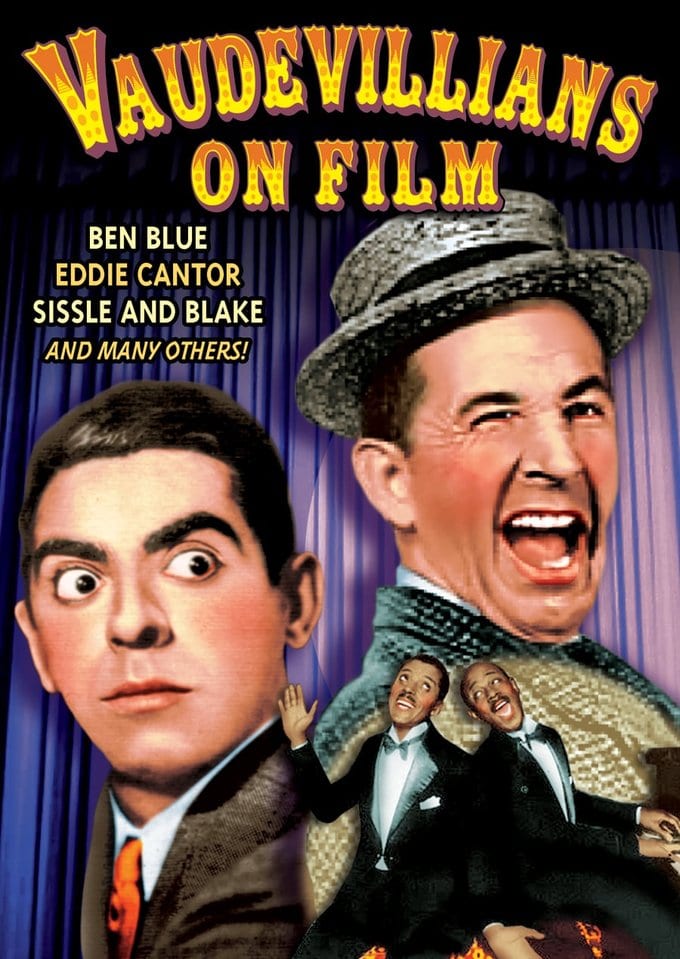 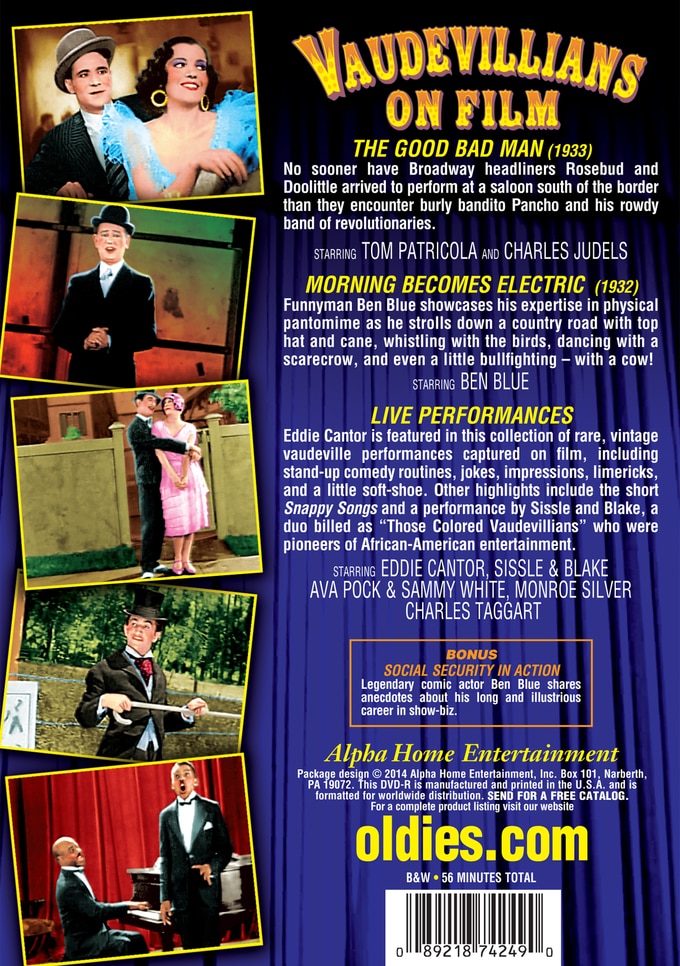 The Good Bad Man (1933): No sooner have Broadway headliners Rosebud and Doolittle arrived to perform at a saloon south of the border than they encounter burly bandito Pancho and his rowdy band of revolutionaries. Starring Tom Patricola and Charles Judels.

Morning Becomes Electric (1932): Funnyman Ben Blue showcases his expertise in physical pantomime as he strolls down a country road with top hat and cane, whistling with the birds, dancing with a scarecrow, and even a little bullfighting -- with a cow! Starring Ben Blue.

Live Performances: Eddie Cantor is featured in this collection of rare, vintage vaudeville performances captured on film, including stand-up comedy routines, jokes, impressions, limericks, and a little soft-shoe. Other highlights include the short Snappy Song and a performance by Sissle and Blake, a duo billed as "Those Colored Vaudevillians" who were pioneers of African-American entertainment. Starring Eddie Cantor, Sissle & Blake, Ava Pock & Sammy White, Monroe Silver and Charles Taggart.