A collection of lost theatrical shorts from America and the United Kingdom. 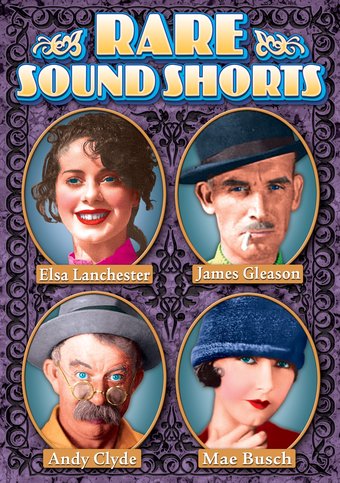 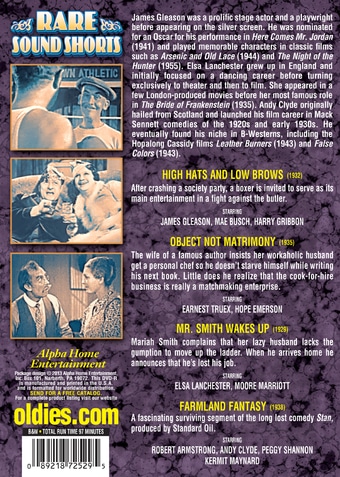 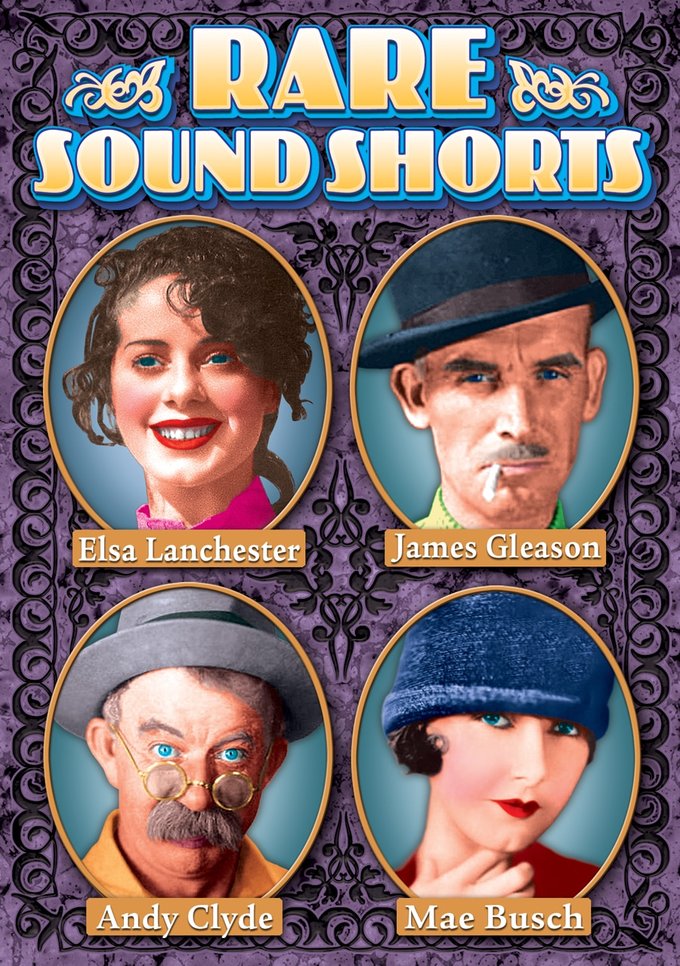 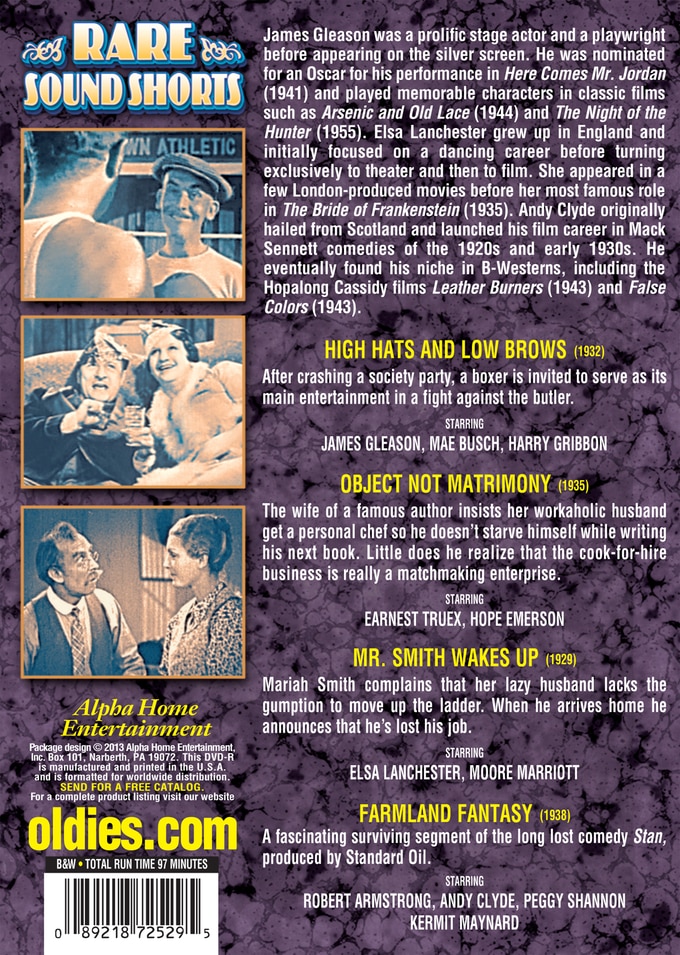 James Gleason was a prolific stage actor and a playwright before appearing on the silver screen. He was nominated for an Oscar for his performance in Here Comes Mr. Jordan (1941) and played memorable characters in classic films such as Arsenic and Old Lace (1944) and The Night of the Hunter (1955). Elsa Lanchester grew up in England and initially focused on a dancing career before turning exclusively to theater and then to film. She appeared in a few London-produced movies before her most famous role in The Bride of Frankenstein (1935). Andy Clyde originally hailed from Scotland and launched his film career in Mack Sennett comedies of the 1920s and early 1930s. He eventually found his niche in B-Westerns, including the Hopalong Cassidy films Leather Burners (1943) and False Colors (1943).

High Hats And Low Brows (1932): After crashing a society party, a boxer is invited to serve as its main entertainment in a fight against the butler. Starring James Gleason, Mae Busch, Harry Gribbon.

Object Not Matrimony (1935): The wife of a famous author insists her workaholic husband get a personal chef so he doesn't starve himself while writing his next book. Little does he realize that the cook-for-hire business is really a matchmaking enterprise. Starring Earnest Truex, Hope Emerson.

Mr. Smith Wakes-Up (1929): Mariah Smith complains that her lazy husband lacks the gumption to move up the ladder. When he arrives home he announces that he's lost his job. Starring Elsa Lanchester, Moore Marriott.