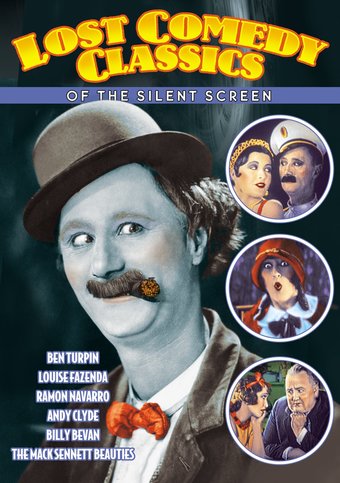 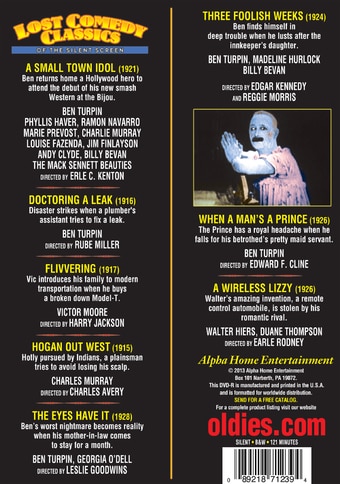 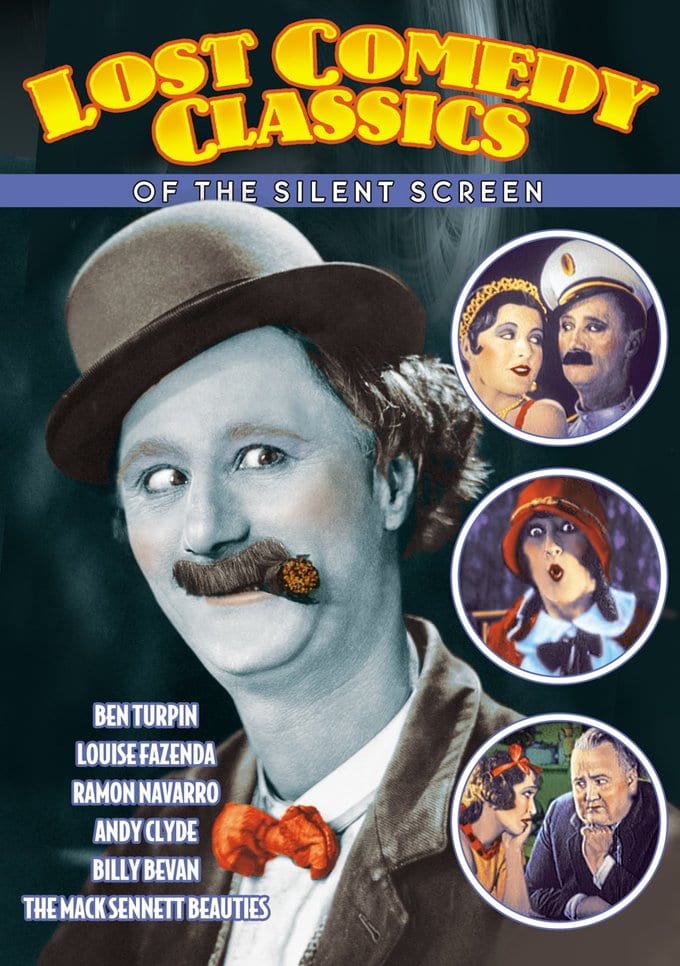 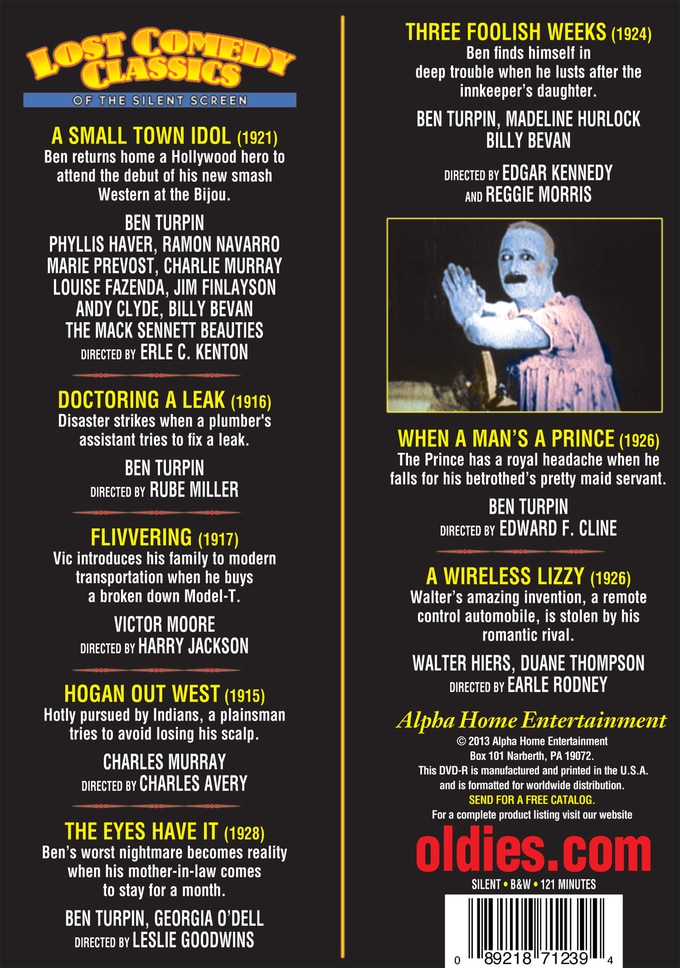 FLIVVERING (1917): Vic introduces his family to modern transportation when he buys a broken down Model-T. Stars Victor Moore; Directed by Harry Jackson.

THE EYES HAVE IT (1928): Ben's worst nightmare becomes reality when his mother-in-law comes to stay for a month. Stars Ben Turpin, Georgia O'Dell; Directed by Leslie Goodwins.

WHEN A MAN'S A PRINCE (1926): The Prince has a royal headache when he falls for his betrothed's pretty maid servant. Stars Ben Turpin; Directed by Edward F. Cline.