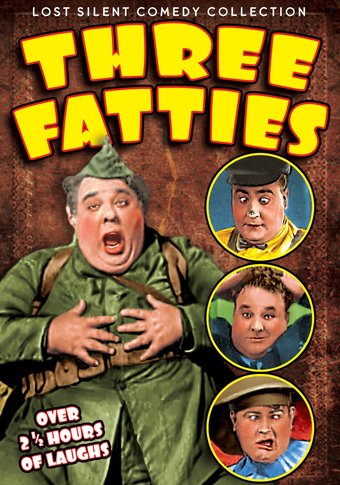 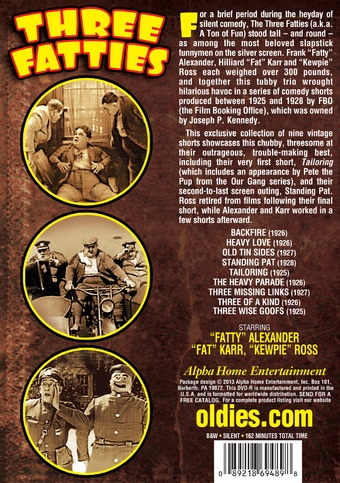 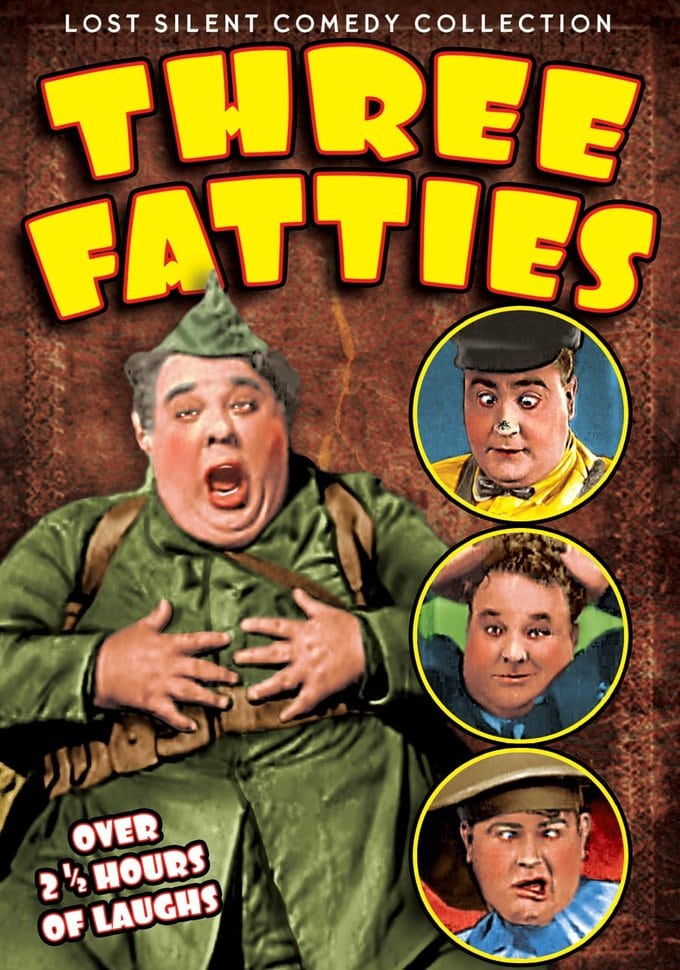 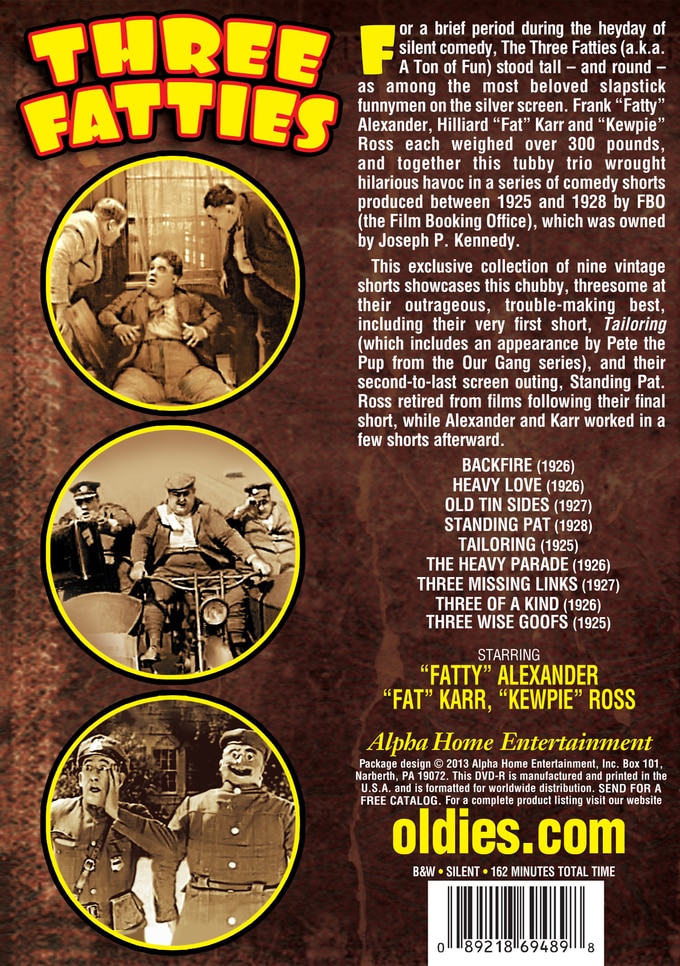 For a brief period during the heyday of silent comedy, The Three Fatties (a.k.a. A Ton of Fun) stood tall - and round - as among the most beloved slapstick funnymen on the silver screen. Frank "Fatty" Alexander, Hilliard "Fat" Karr and "Kewpie" Ross each weighed over 300 pounds, and together this tubby trio wrought hilarious havoc in a series of comedy shorts produced between 1925 and 1928 by FBO (the Film Booking Office), which was owned by Joseph P. Kennedy.