A collection of hilarious, silent short subjects from the earliest days of Hollywood production. Bonus: "A Woman" (1915) starring Charlie Chaplin. 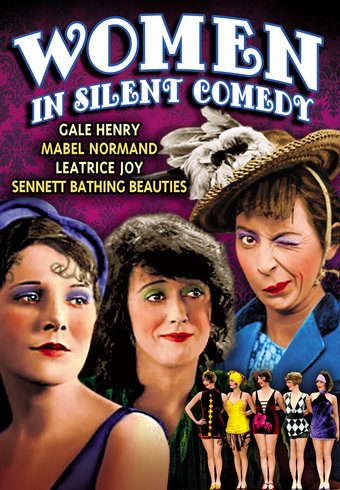 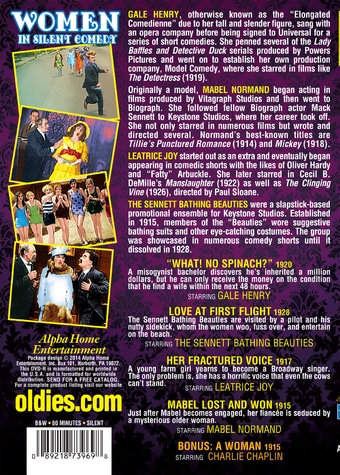 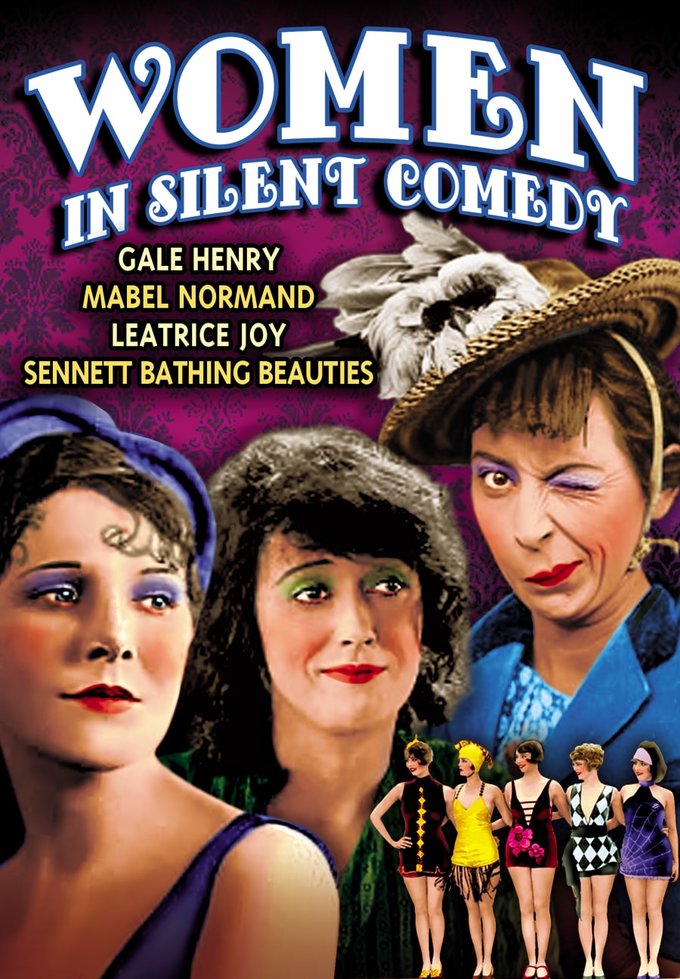 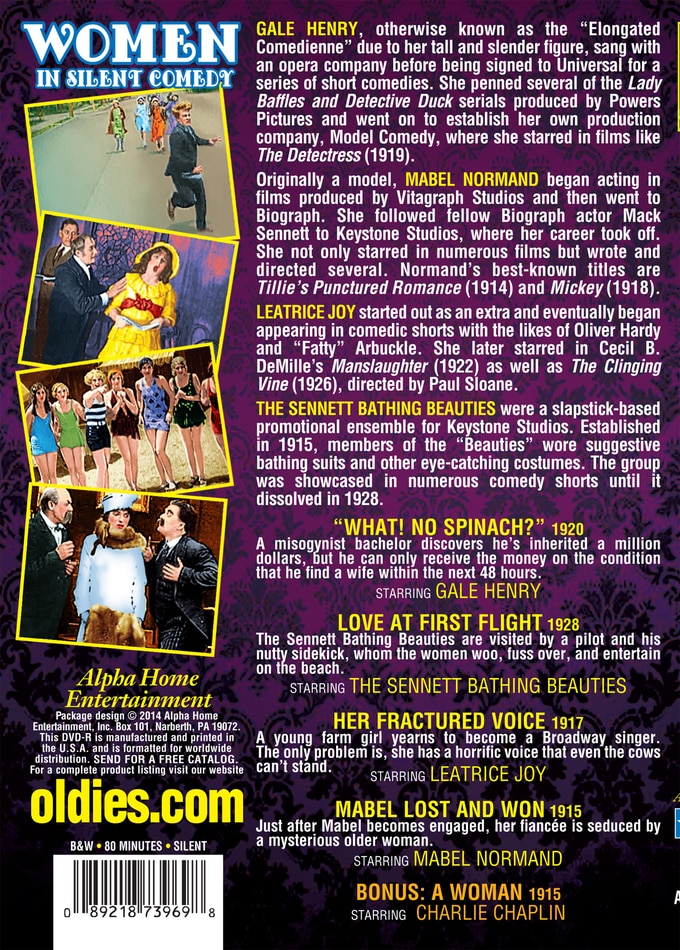 Gale Henry, otherwise known as the "Elongated Comedienne" due to her tall and slender figure, sang with an opera company before being signed to Universal for a series of short comedies. She penned several of the Lady Baffles and Detective Duck serials produced by Powers Pictures and went on to establish her own production company, Model Comedy, where she starred in films like The Detectress (1919).

Originally a model, Mabel Normand began acting in films produced by Vitagraph Studios and then went to Biograph. She followed fellow Biograph actor Mack Sennett to Keystone Studios, where her career took off. She not only starred in numerous films but wrote and directed several. Normand's best-known titles are Tillie's Punctured Romance (1914) and Mickey (1918).

Leatrice Joy started out as an extra and eventually began appearing in comedic shorts with the likes of Oliver Hardy and "Fatty" Arbuckle. She later starred in Cecil B. DeMille's Manslaughter (1922) as well as The Clinging Vine (1926), directed by Paul Sloane.

The Sennett Bathing Beauties were a slapstick-based promotional ensemble for Keystone Studios. Established in 1915, members of the "Beauties" wore suggestive bathing suits and other eye-catching costumes. The group was showcased in numerous comedy shorts until it dissolved in 1928.

"What! No Spinach?" (1920): A misogynist bachelor discovers he's inherited a million dollars, but he can only receive the money on the condition that he find a wife within the next 48 hours. Starring Gale Henry.

Her Fractured Voice (1917): A young farm girl yearns to become a Broadway singer. The only problem is, she has a horrific voice that even the cows can't stand.Starring Leatrice Joy.