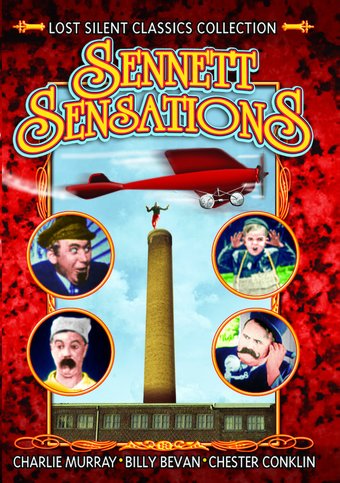 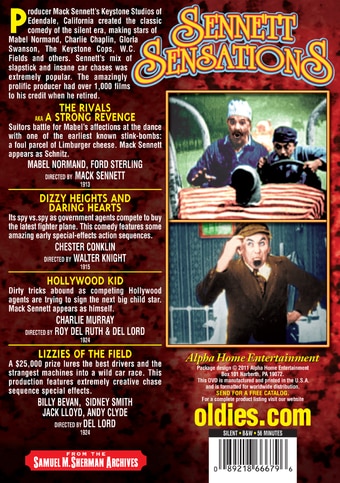 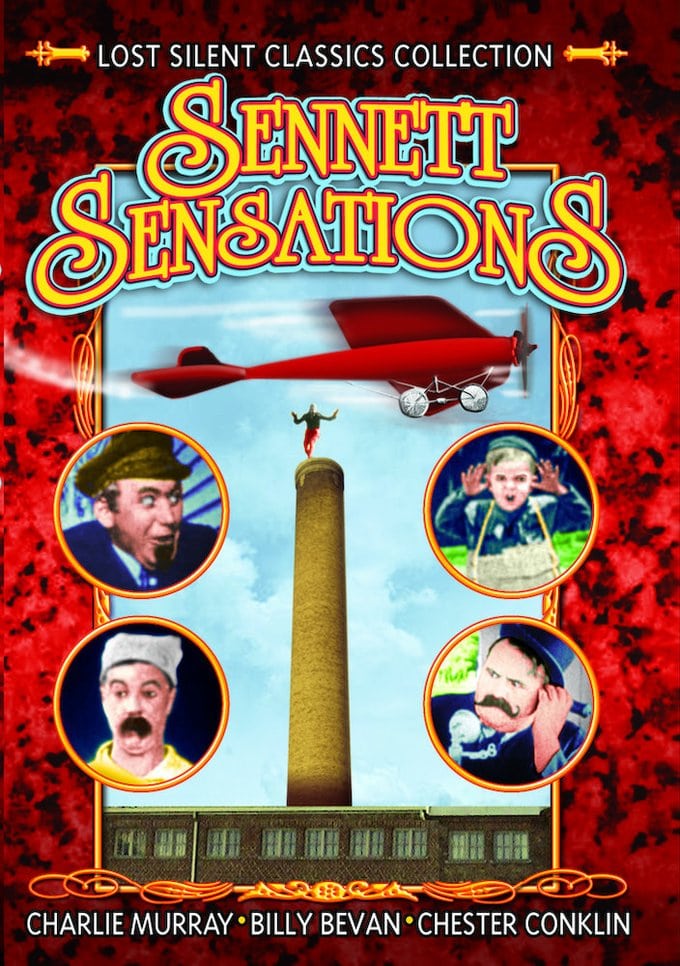 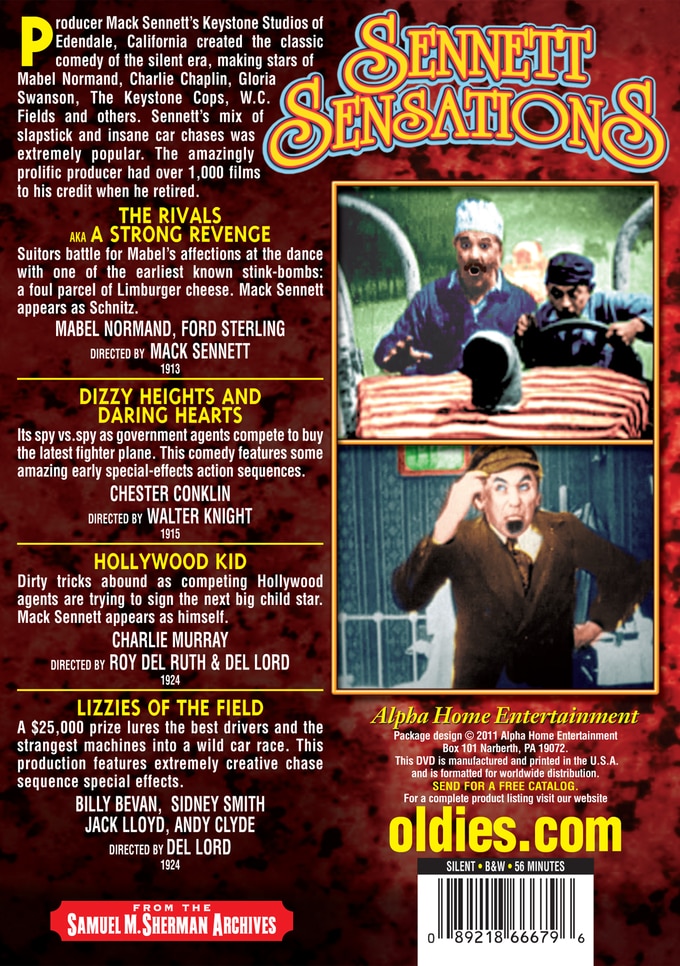 Producer Mack Sennett's Keystone Studios of Edendale, California created the classic comedy of the silent era, making stars of Mabel Normand, Charlie Chaplin, Gloria Swanson, The Keystone Cops, W.C. Fields and others. Sennett's mix of slapstick and insane car chases was extremely popular. The amazingly prolific producer had over 1,000 films to his credit when he retired.

THE RIVALS (aka A Strong Revenge) (1913): Suitors battle for Mabel's affections at the dance with one of the earliest known stink-bombs: a foul parcel of Limburger cheese. Mack Sennett appears as Schnitz. Stars Mabel Normand, Ford Sterling; Directed by Mack Sennett.

This box set caters to fans of American silent cinema by traveling back to early 20th Century Hollywood - specifically Edendale, California, the home of legendary producer Mack Sennett's Keystone Studios. Sennett, of course, virtually invented silent film comedy, creating stars out of W.C. Fields, Charlie Chaplin, The Keystone Cops and others. He was also wildly prolific, with over 1,000 movies to his credit by the time that he retired at the age of 55, in 1935. This collection contains four popular Sennett titles: THE RIVALS (1913, starring Mabel Normand), DIZZY HEIGHTS AND DARING HEARTS (1915, starring Chester Conklin), HOLLYWOOD KID (1924, starring Charlie Murray) and LIZZIES OF THE FIELD (1924, starring Billy Bevan).
This product is made-on-demand by the manufacturer using DVD-R recordable media. Almost all DVD players can play DVD-Rs (except for some older models made before 2000) - please consult your owner's manual for formats compatible with your player. These DVD-Rs may not play on all computers or DVD player/recorders. To address this, the manufacturer recommends viewing this product on a DVD player that does not have recording capability.