A collection of hilarious and long-lost silent shorts by the master of slapstick. Includes bonus "Crooner's Holiday" (1932) starring Bing Crosby. 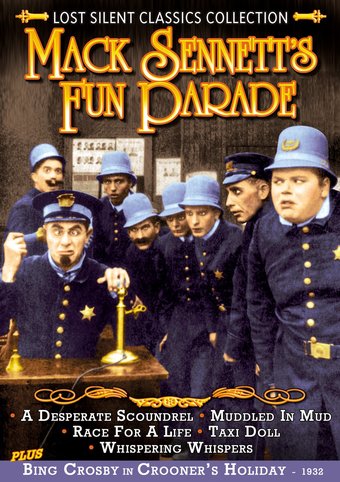 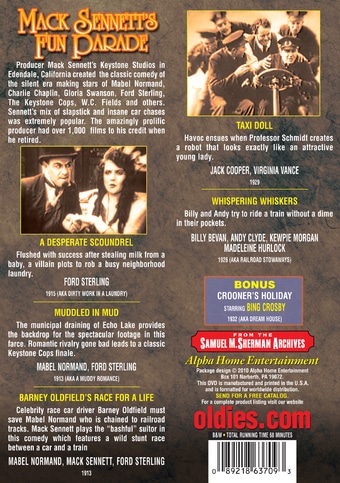 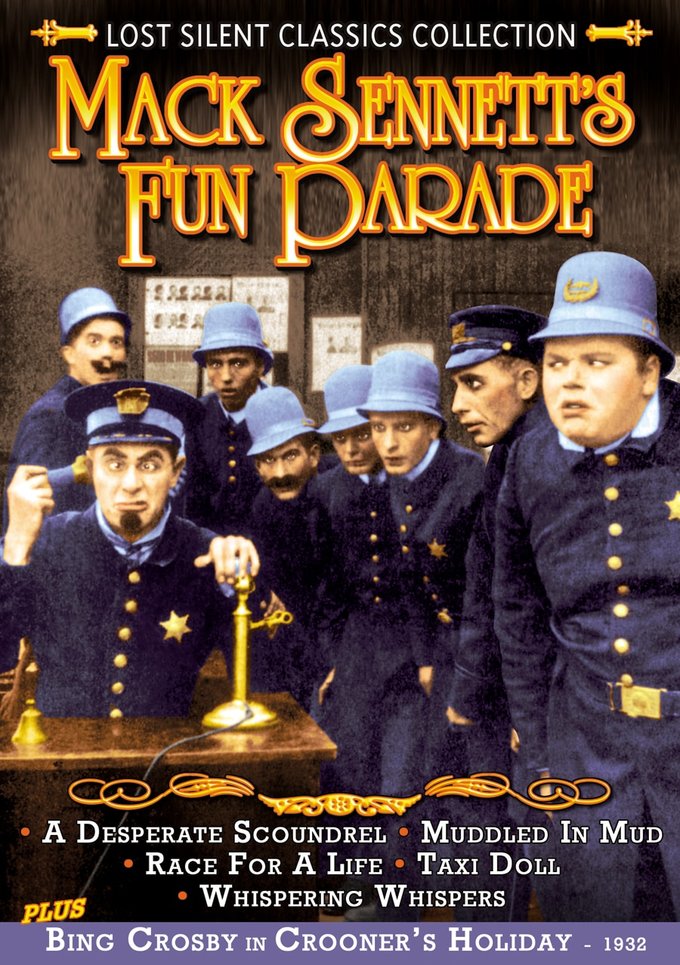 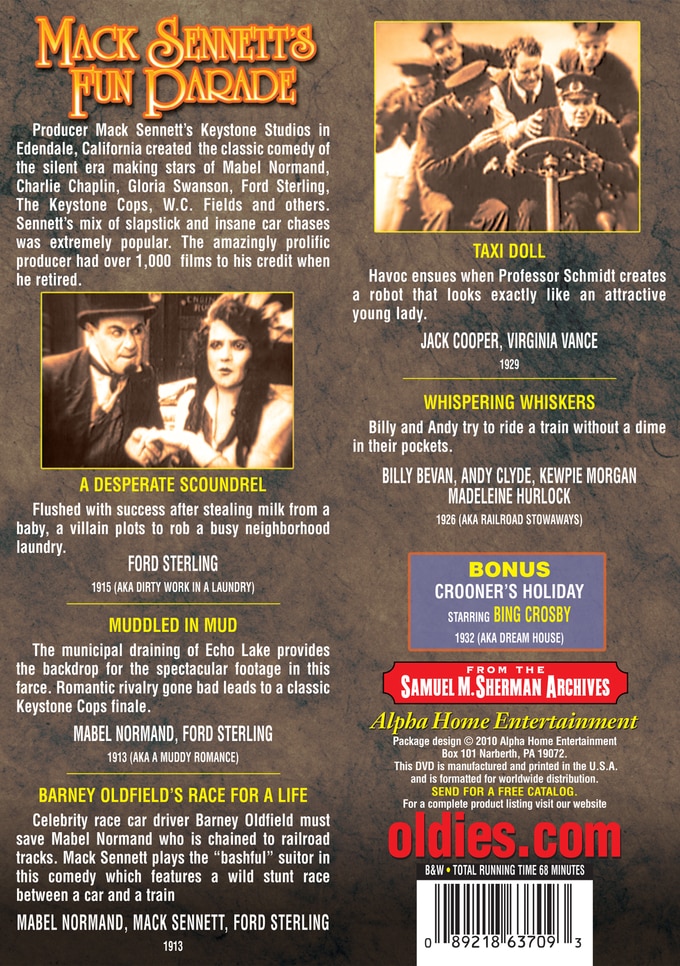 Producer Mack Sennett's Keystone Studios in Edendale, California created the classic comedy of the silent era making stars of Mabel Normand, Charlie Chaplin, Gloria Swanson, Ford Sterling, The Keystone Cops, W.C. Fields and others. Sennett's mix of slapstick and insane car chases was extremely popular. The amazingly prolific producer had over 1,000 films to his credit when he retired.

A Desperate Scoundrel (aka Dirty Work In A Laundry) (1915): Flushed with success after stealing milk from a baby, a villain plots to rob a busy neighborhood laundry. Stars Ford Sterling.

Muddled In Mud (aka A Muddy Romance) (1913): The municipal draining of Echo Lake provides the backdrop for the spectacular footage in this farce. Romantic rivalry gone bad leads to a classic Keystone Cops finale. Stars Mabel Normand and Ford Sterling.