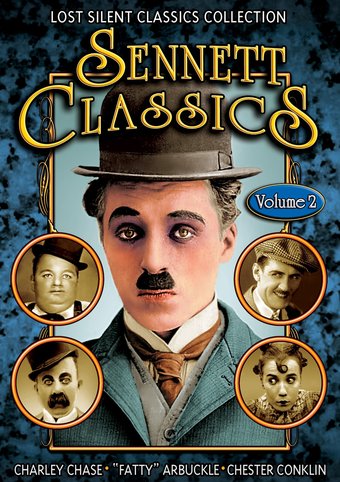 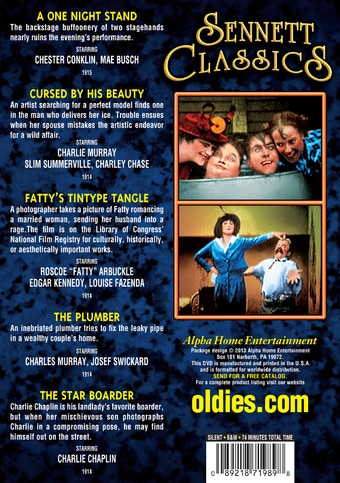 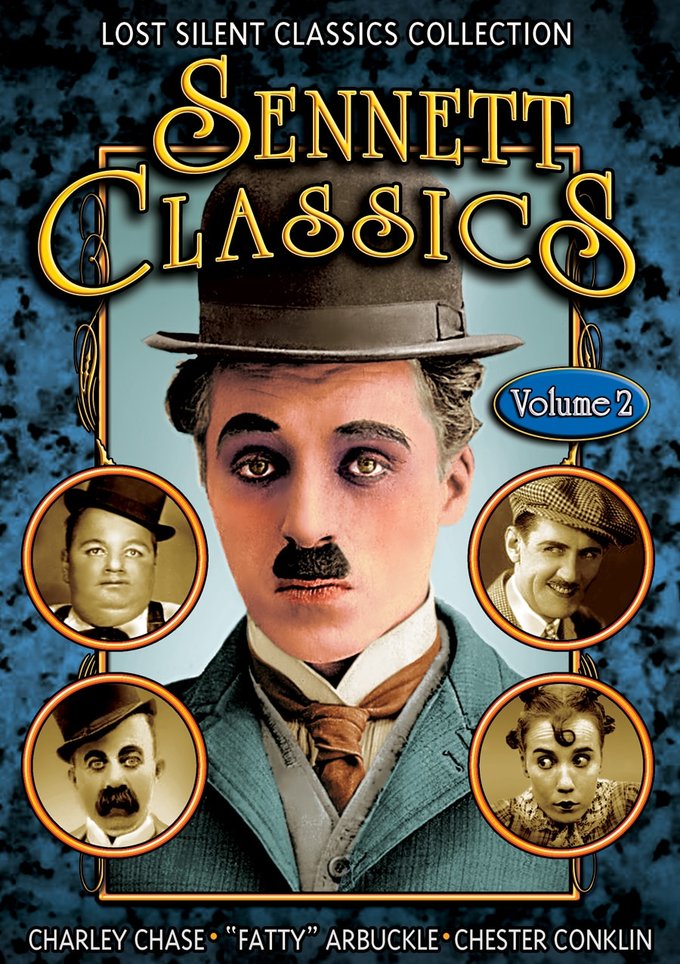 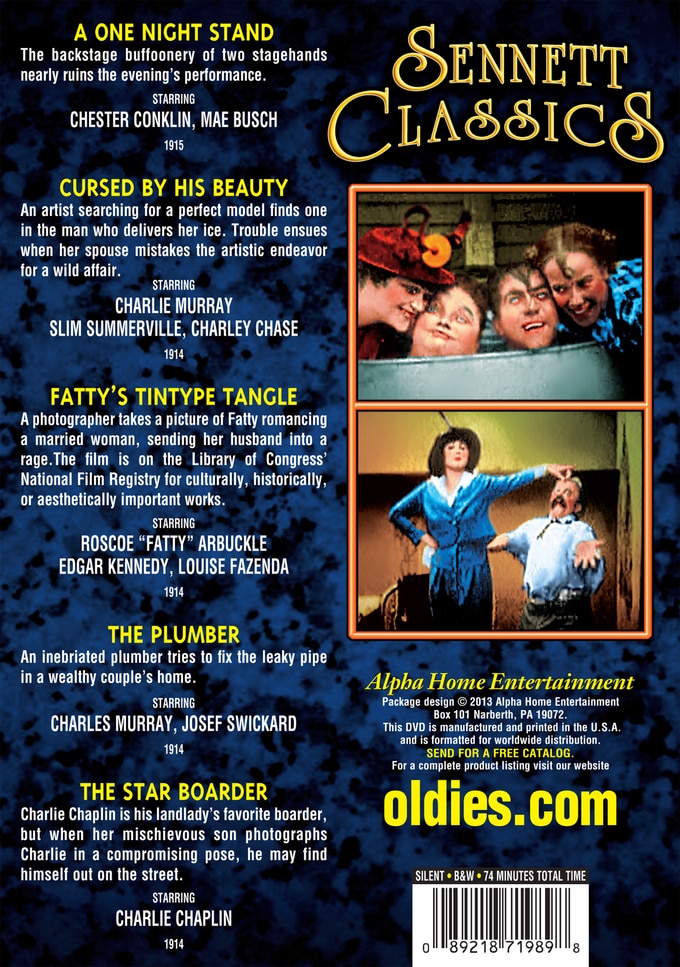 Cursed by His Beauty (1914, Silent, B&W): An artist searching for a perfect model finds one in the man who delivers her ice. Trouble ensues when her spouse mistakes the artistic endeavor for a wild affair. Starring Charlie Murray, Slim Summerville, Charley Chase.

The Star Boarder (1914, Silent, B&W): Charlie Chaplin is his landlady's favorite boarder, but when her mischievous son photographs Charlie in a compromising pose, he may find himself out on the street. Starring Charlie Chaplin.