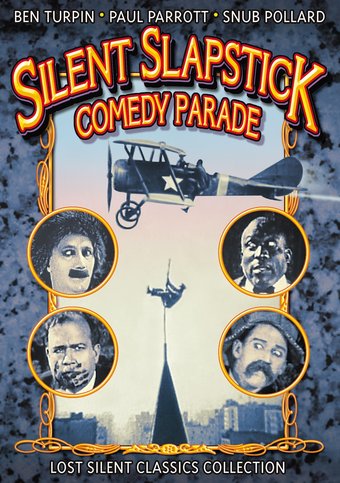 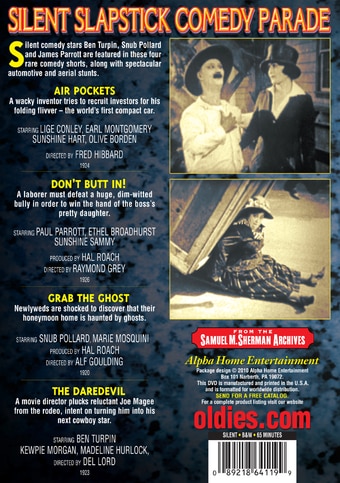 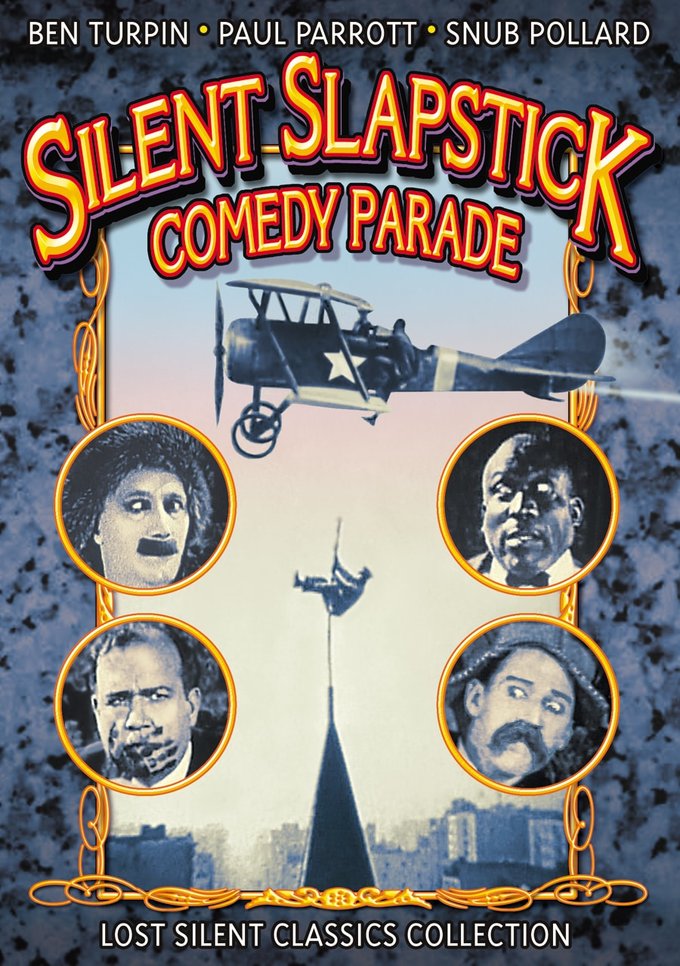 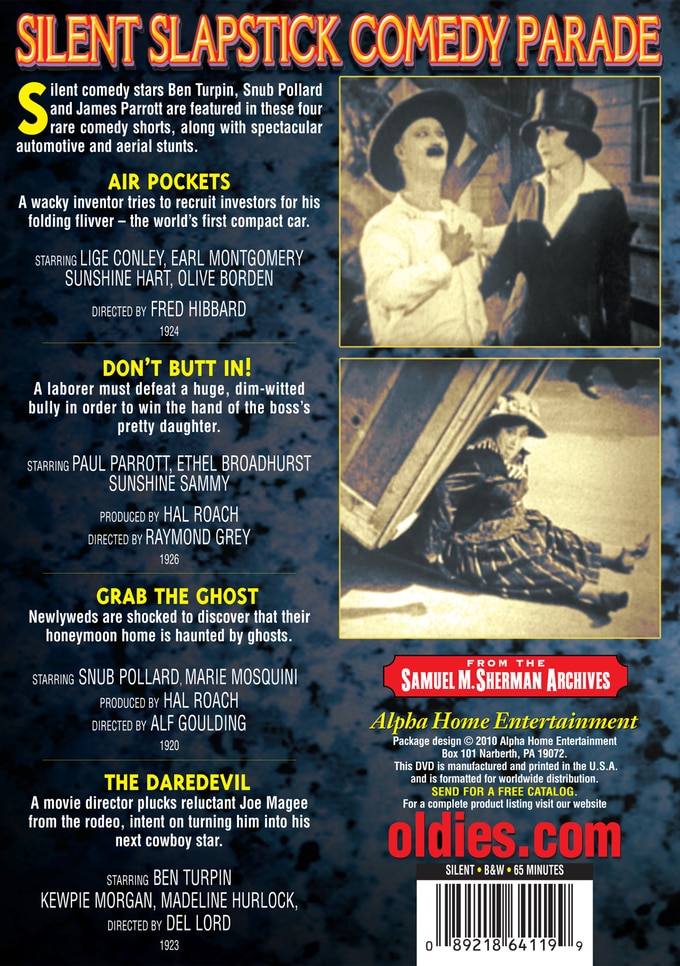 Don't Butt In! (1926): A laborer must defeat a huge, dim-witted bully in order to win the hand of the boss's pretty daughter. Starring Paul Parrott, Ethel Broadhurst and Sunshine Sammy; Produced by Hal Roach; Directed by Raymond Grey.

Grab the Ghost (1920): Newlyweds are shocked to discover that their honeymoon home is haunted by ghosts. Starring Snub Pollard and Marie Mosquini; Produced by Hal Roach; Directed by Alf Goulding.

The Daredevil (1923): A movie director plucks reluctant Joe Magee from the rodeo, intent on turning him into his next cowboy star. Starring Ben Turpin, Kewpie Morgan and Madeline Hurlock; Directed by Del Lord.

This compilation caters to fans of silent comedy by offering four rarely-seen humorous shorts, starring such once-legendary actors as Ben Turpin, Paul Parrott and Snub Pollard. It begins with the 1924 AIR POCKETS, starring Lige Conley - the tale of a zany inventor who tries to lure financiers to invest in his compact car. The next feature in the set, 1926's DON'T BUTT IN!, stars Parrott as a laborer who tries to defeat a big bully to win the hand of the boss's lovely daughter. The third feature, 1920's GRAB THE GHOST, stars Pollard and Marie Mosquini as newlyweds who learn that their honeymoon house is haunted by spirits. Finally, 1923's THE DAREDEVIL stars Ben Turpin in the story of a movie director who picks a man named Joe Magee off of the radio and attempts to turn him into a cowboy superstar.
This product is made-on-demand by the manufacturer using DVD-R recordable media. Almost all DVD players can play DVD-Rs (except for some older models made before 2000) - please consult your owner's manual for formats compatible with your player. These DVD-Rs may not play on all computers or DVD player/recorders. To address this, the manufacturer recommends viewing this product on a DVD player that does not have recording capability.