A collection of hilarious shorts featuring the classic slapstick of Ben Turpin. 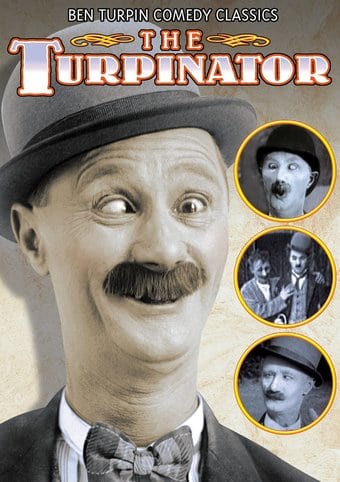 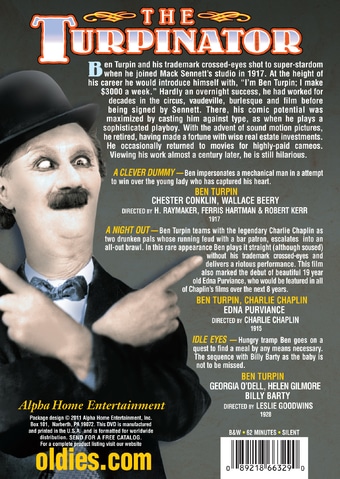 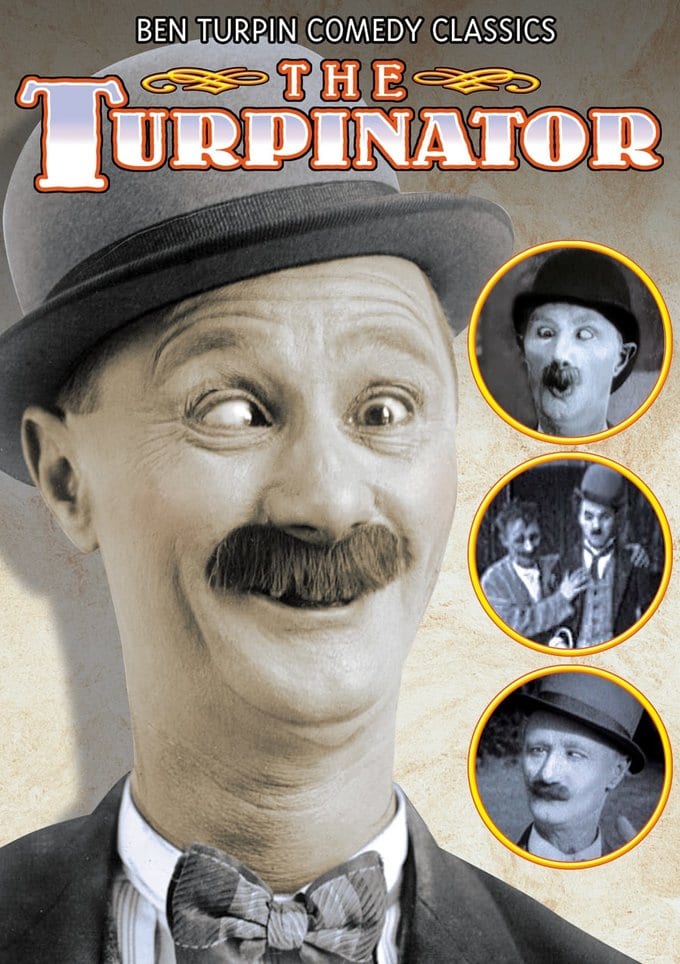 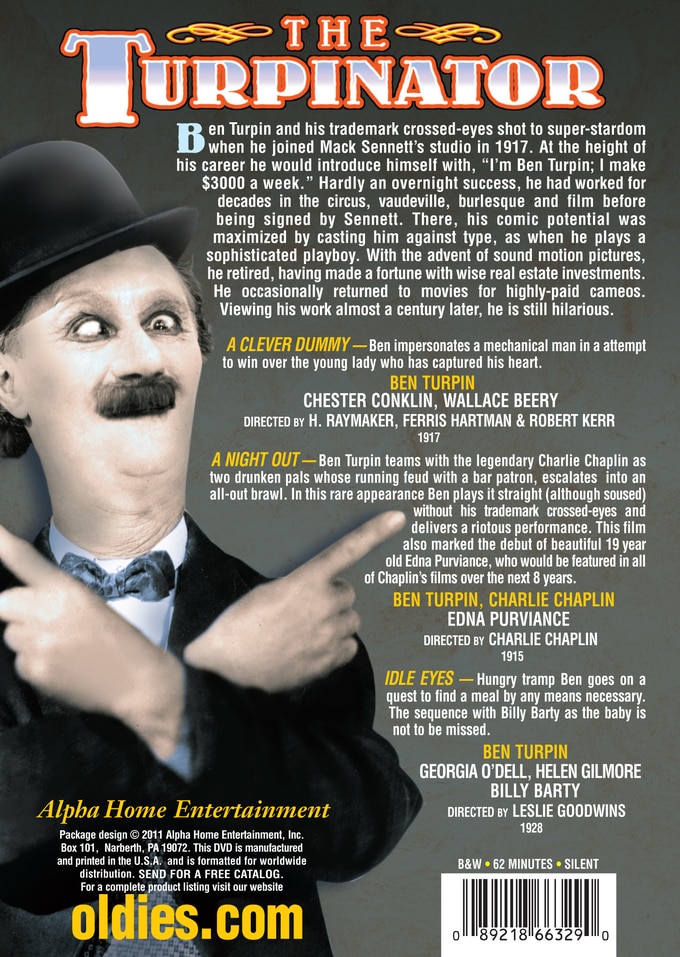 Ben Turpin and his trademark crossed-eyes shot to super-stardom when he joined Mack Sennett's studio in 1917. At the height of his career he would introduce himself with, "I'm Ben Turpin; I make $3000 a week." Hardly an overnight success, he had worked for decades in the circus, vaudeville, burlesque and film before being signed by Sennett. There, his comic potential was maximized by casting him against type, as when he plays a sophisticated playboy. With the advent of sound motion pictures, he retired, having made a fortune with wise real estate investment. He occasionally returned to movies for highly-paid cameos. Viewing his work almost a century later, he is still hilarious.

A Night Out (1915, B&W, Silent): Ben Turpin teams with the legendary Charlie Chaplin as two drunken pals whose running feud with a bar patron, escalates into an all-out brawl. In this rare appearance Ben plays it straight (although soused) without his trademark crossed-eyes and delivers a riotous performance. This film also marked the debut of beautiful 19 year old Edna Purviance, who would be featured in all of Chaplin's films over the next 8 years. Starring Ben Turpin, Charlie Chaplin, Edna Purviance; Directed by Charlie Chaplin.

Idle Eyes (1928, B&W, Silent): Hungry tramp Ben goes on a quest to find a meal by any means necessary. The sequence with Billy Barty as the baby is not to be missed. Starring Ben Turpin, Georgia O'Dell, Helen Gilmore, Billy Barty; Directed Leslie Goodwins.