The first horror movie anthology from the silent era, including adaptations of Edgar Allan Poe’s ‘The Black Cat’ and Robert Louis Stevenson’s ‘The Suicide Club’. 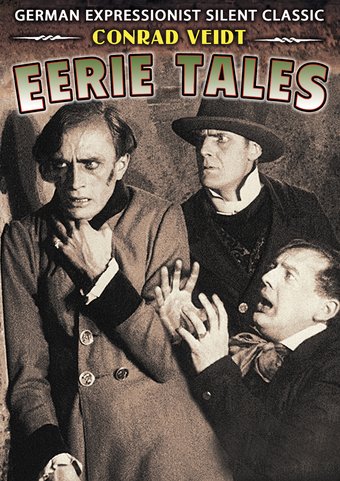 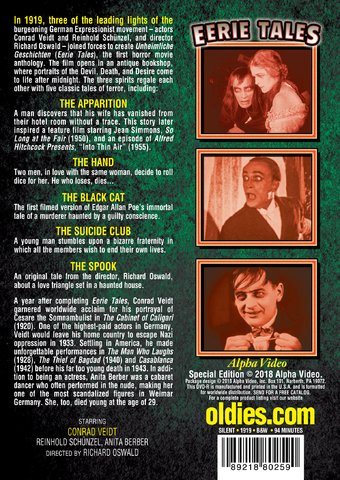 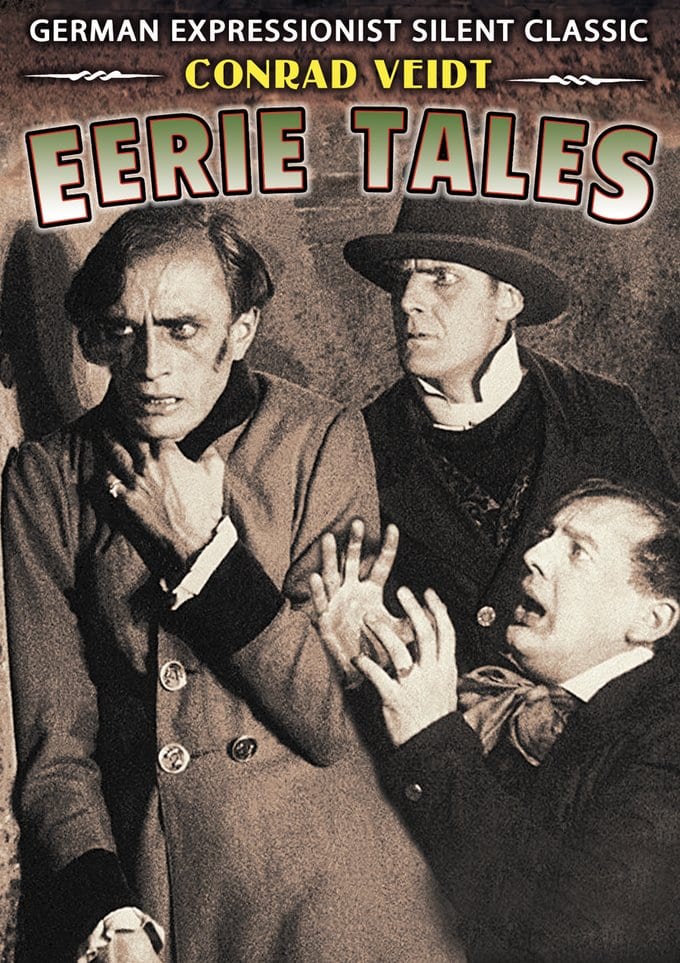 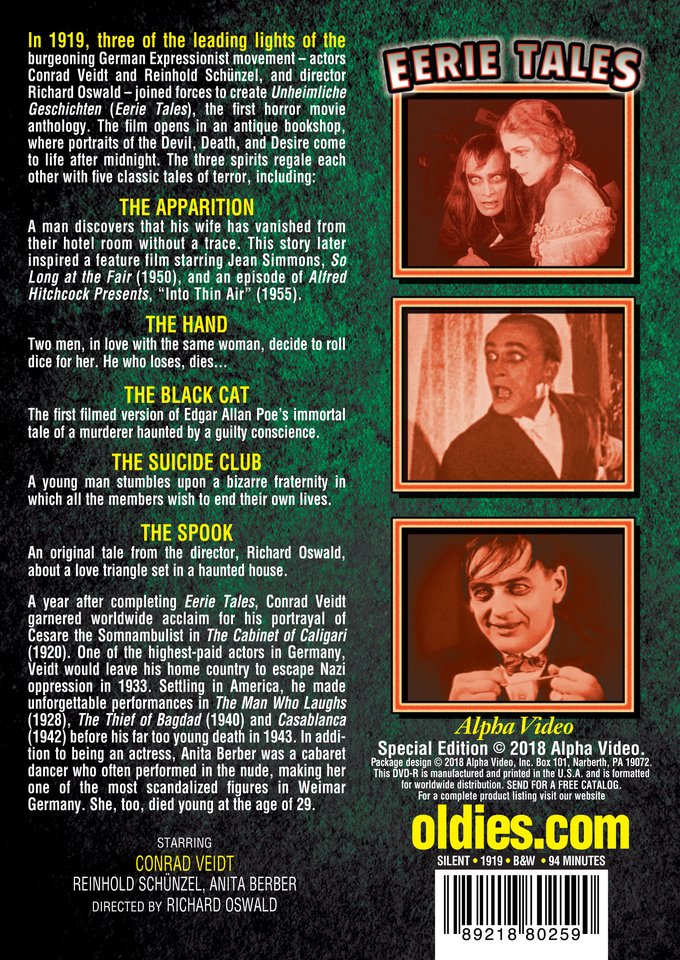 In 1919, three of the leading lights of the burgeoning German Expressionist movement – actors Conrad Veidt and Reinhold Schünzel, and director Richard Oswald – joined forces to create Unheimliche Geschichten (Eerie Tales), the first horror movie anthology. The film opens in an antique bookshop, where portraits of the Devil, Death, and Desire come to life after midnight. The three spirits regale each other with five classic tales of terror, including:

THE APPARITION. A man discovers that his wife has vanished from their hotel room without a trace. This story later inspired a feature film starring Jean Simmons, So Long at the Fair (1950), and an episode of Alfred Hitchcock Presents, “Into Thin Air” (1955).

THE HAND. Two men, in love with the same woman, decide to roll dice for her. He who loses, dies...

THE BLACK CAT by Edgar Allan Poe. The first filmed version of Poe’s immortal tale of a murderer haunted by a guilty conscience.

THE SUICIDE CLUB by Robert Louis Stevenson. A young man stumbles upon a bizarre fraternity in which all the members wish to end their own lives.

THE SPOOK. An original tale from the director, Richard Oswald, about a love triangle set in a haunted house.

A year after completing Eerie Tales, Conrad Veidt garnered worldwide acclaim for his portrayal of Cesare the Somnambulist in The Cabinet of Caligari (1920). One of the highest-paid actors in Germany, Veidt would leave his home country to escape Nazi oppression in 1933. Settling in America, he made unforgettable performances in The Man Who Laughs (1928), The Thief of Bagdad (1940) and Casablanca (1942) before his far too young death in 1943. In addition to being an actress, Anita Berber was a cabaret dancer who often performed in the nude, making her one of the most scandalized figures in Weimar Germany (her otherworldly form was immortalized in an Otto Dix painting.) She, too, died young at the age of 29. Director Richard Oswald had previously explored the-then taboo subject of homosexuality in his groundbreaking Different from the Others (1919), also starring Veidt and Schünzel. Oswald remade Eerie Tales in 1932 with Paul Wegener.