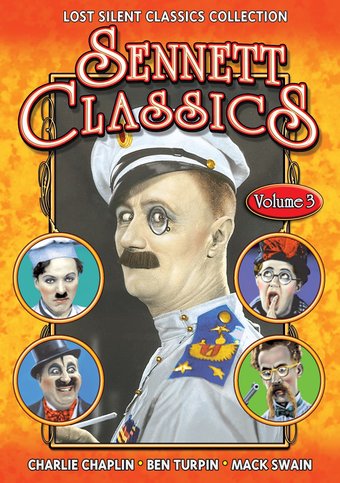 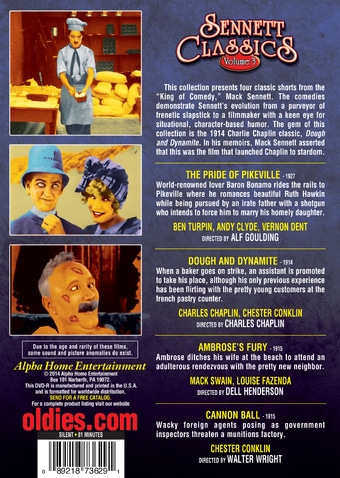 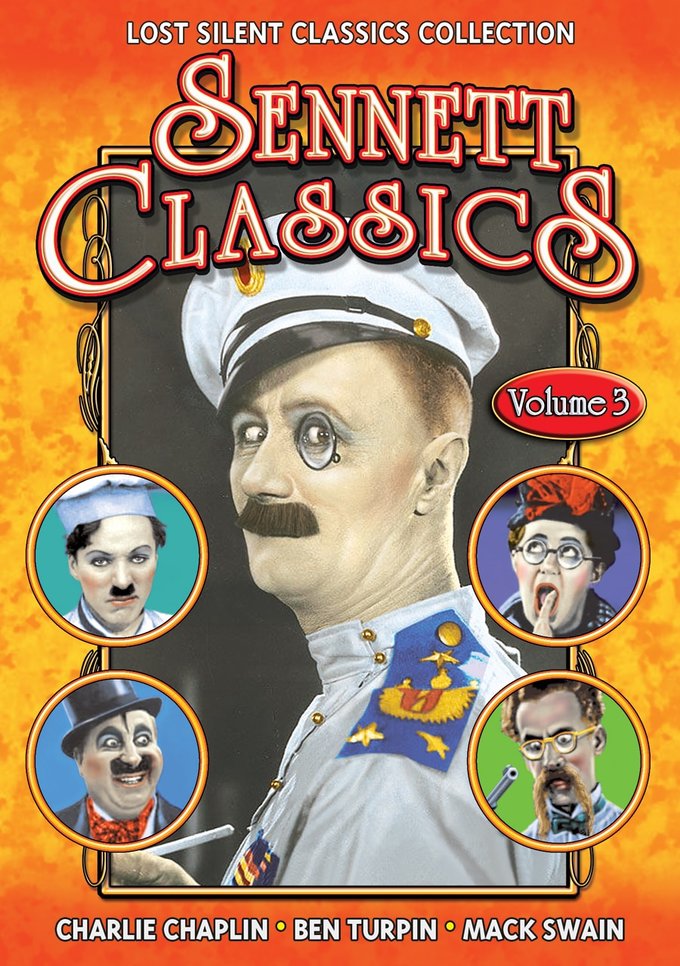 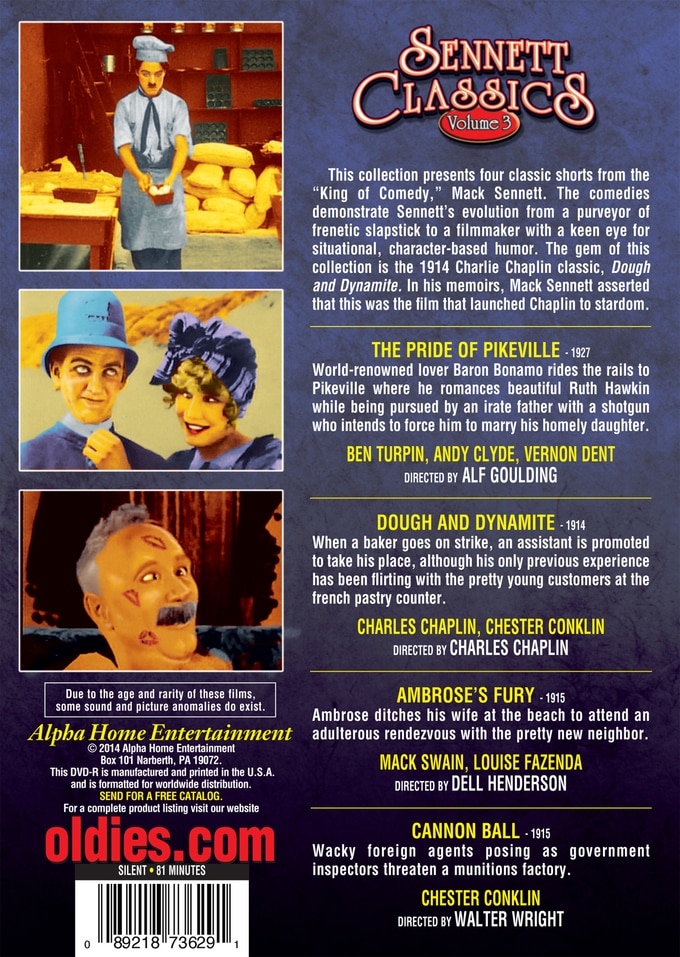 This collection presents four classic shorts from the "King of Comedy," Mack Sennett. The comedies demonstrate Sennett's evolution from a purveyor of frenetic slapstick to a filmmaker with a keen eye for situational, character-based humor. The gem of this collection is the 1914 Charlie Chaplin classic, Dough and Dynamite. In his memoirs, Mack Sennett asserted that this was the film that launched Chaplin to stardom.

THE PRIDE OF PIKEVILLE (1927): World-renowned lover Baron Bonamo rides the rails to Pikeville where he romances beautiful Ruth Hawkin while being pursued by an irate father with a shotgun who intends to force him to marry his homely daughter. Starring Ben Turpin, Andy Clyde and Vernon Dent. Directed by Alf Goulding.

DOUGH AND DYNAMITE (1914): When a baker goes on strike, an assistant is promoted to take his place, although his only previous experience has been flirting with the pretty young customers at the french pastry counter. Starring Charles Chaplin and Chester Conklin. Directed by Charles Chaplin.

AMBROSE'S FURY (1915): Ambrose ditches his wife at the beach to attend an adulterous rendezvous with the pretty new neighbor. Starring Mack Swain and Louise Fazenda. Directed by Dell Henderson.