Mystery of The Hooded Horseman

A murderous gang of black-hooded riders are terrorizing a small town when singing cowboy, Tex Ritter, arrives to clean things up. 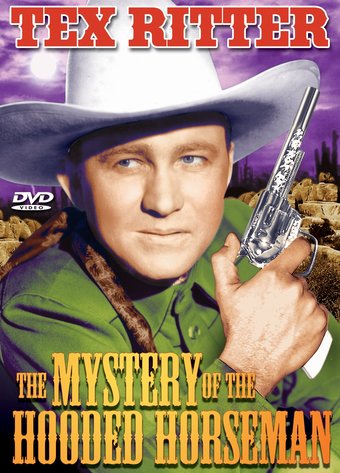 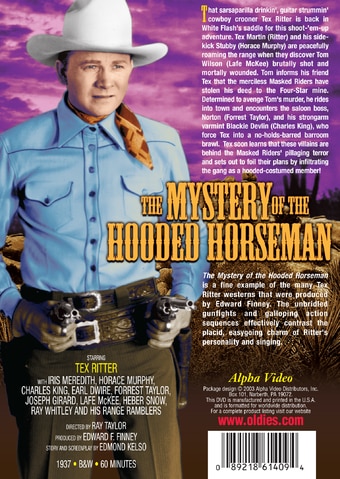 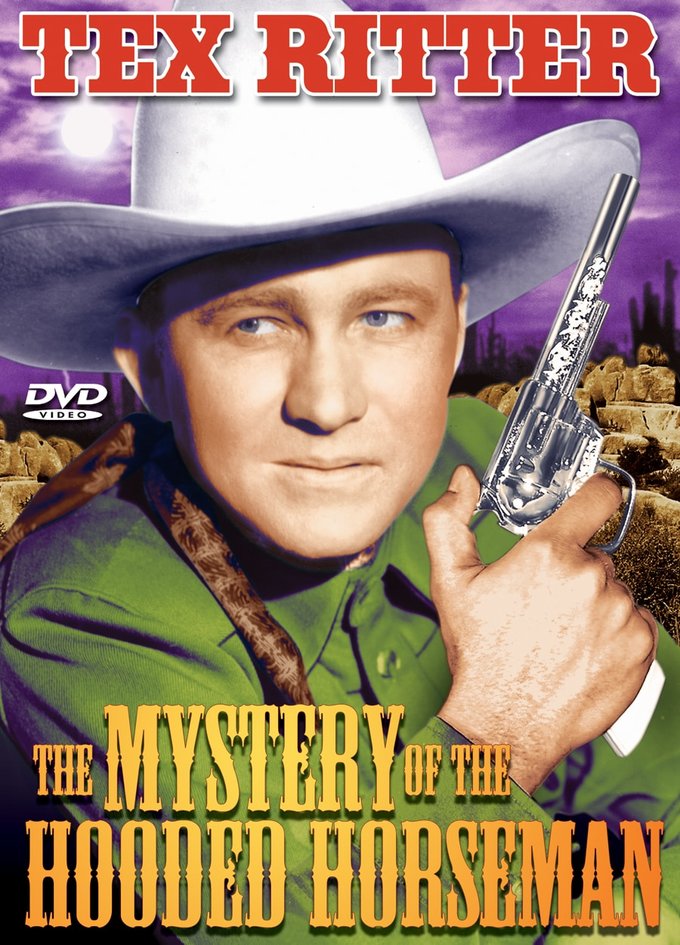 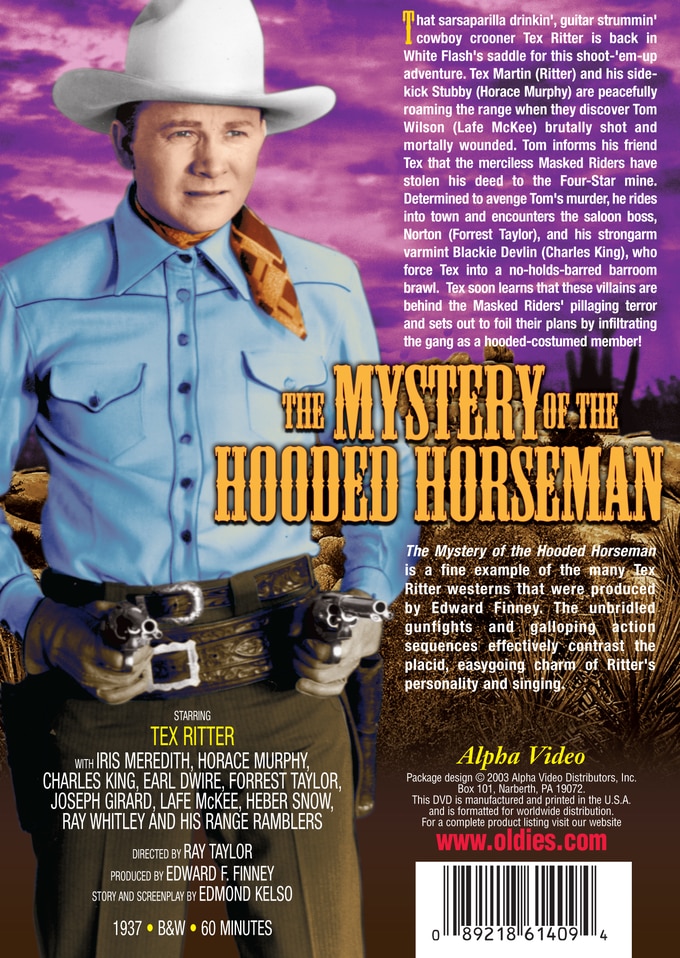 That sarsaparilla drinkin', guitar strummin' cowboy crooner Tex Ritter is back in White Flash's saddle for this shoot-'em-up adventure. Tex Martin (Ritter) and his sidekick Stubby (Horace Murphy) are peacefully roaming the range when they discover Tom Wilson (Lafe McKee) brutally shot and mortally wounded. Tom informs his friend Tex that the merciless Masked Riders have stolen his deed to the Four-Star mine. Determined to avenge Tom's murder, he rides into town and encounters the saloon boss, Norton (Forrest Taylor), and his strongarm varmint Blackie Devlin (Charles King), who force Tex into a no-holds-barred barroom brawl. Tex soon learns that these villains are behind the Masked Riders' pillaging terror and sets out to foil their plans by infiltrating the gang as a hooded-costumed member! The Mystery of the Hooded Horseman is a fine example of the many Tex Ritter westerns that were produced by Edward Finney. The unbridled gunfights and galloping action sequences effectively contrast the placid, easygoing charm of Ritter's personality and singing.

Tex goes after a gang of masked and caped outlaws. This is thought to be one of the more outstanding of the films of John Ritter's dad.

Customer Rating:
Based on 173 ratings.


THIS FILM IS TEX RITTERS BEST! TEX WAS MY FAVORITE COUNTRY&WESTERN SINGER WHICH BROUGHT HIM BIGGER FAME THAN HIS ACTING! JUST BEFORE JOHN RITTER PASSED AWAY,I HAD A CONVERSATION WITH HIM ABOUT HIS DAD AND I REMEMBER JOHN TELLING ME THAT HIS FATHER DIDNT LIKE HIS FILMS TOO MUCH EXCEPT FOR THE SONGS! JOHN ALSO TOLD ME THAT HE NEVER USED A STUNT DOUBLE FOR HIS FIGHT SCENES THAT HE AND CHARLIE KING WOULD PRACTICE NIGHT AND DAY TO MAKE THEIR SCENES REALISTIC AND BOY THEY REALLY WERE! THEREFORE, THIS FILM SUMS UP TEX RITTER IN TWO WORDS-VERY EXCITING!