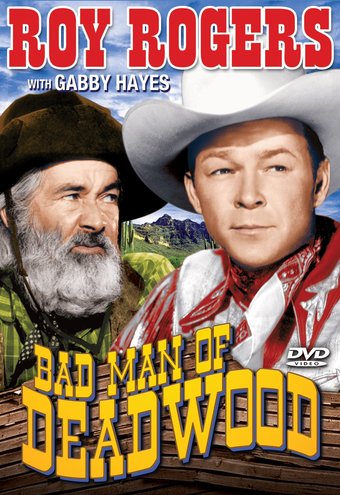 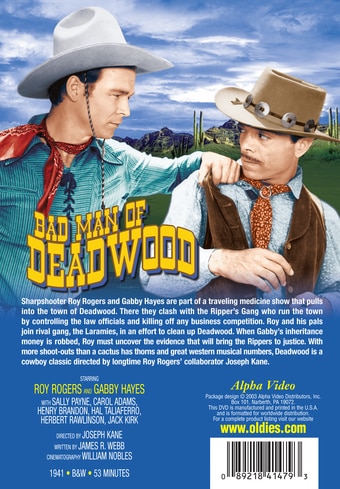 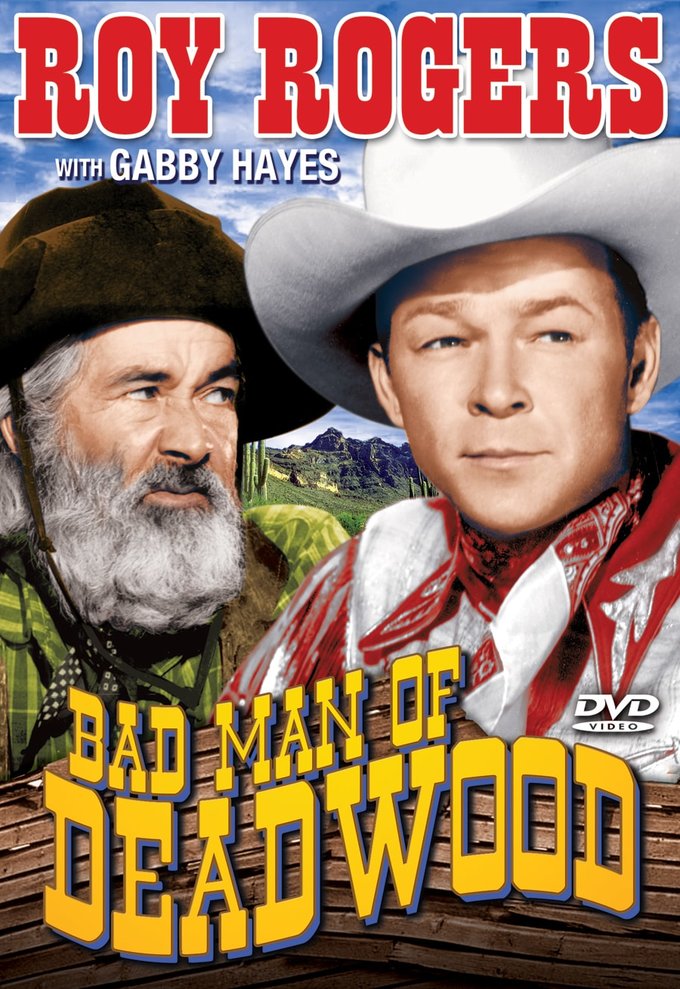 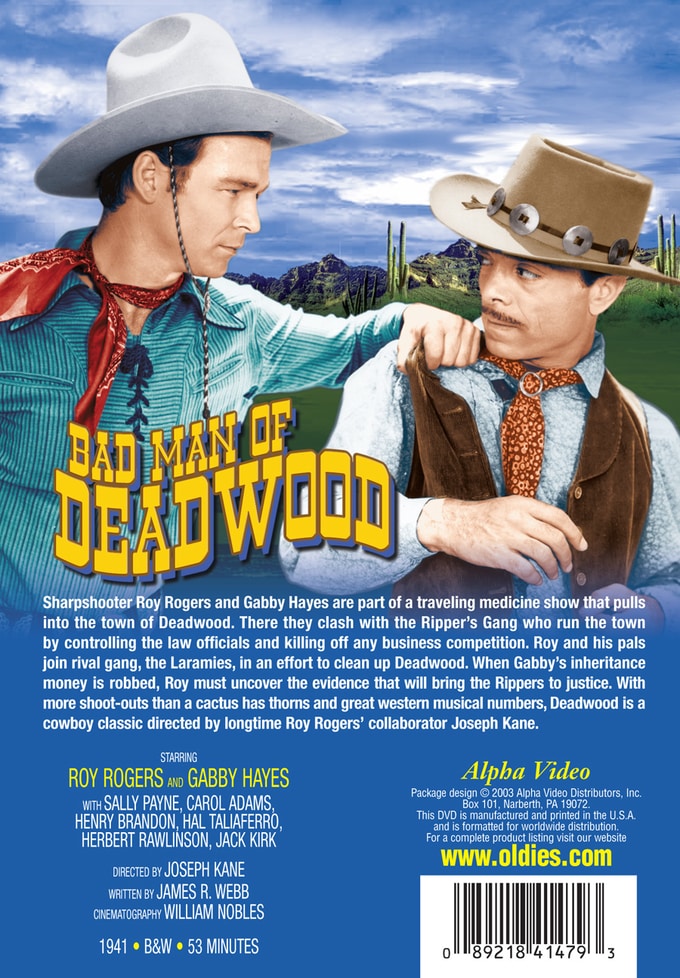 Sharpshooter Roy Rogers and Gabby Hayes are part of a traveling medicine show that pulls into the town of Deadwood. There they clash with the Ripper's Gang who run the town by controlling the law officials and killing off any business competition. Roy and his pals join rival gang, the Laramies, in an effort to clean up Deadwood. When Gabby's inheritance money is robbed, Roy must uncover the evidence that will bring the Rippers to justice. With more shoot-outs than a cactus has thorns and great western musical numbers, Bad Men of Deadwood is a cowboy classic directed by longtime Roy Rogers' collaborator Joseph Kane.

"Roy" is a member of Gabby's road show playing in the town of Deadwood. When "Gabby" is wired thirty-five thousand dollars he takes it in rare thousand dollar bills and is unfortunately robbed. "Roy and Gabby" have an idea of who is behind the theft, but they have no proof. They break into the bank, taking only its deposit and withdrawal records and then rob an armed coach of these bills. To the surprise of the robbers, the bills are apportioned to each member of the civic association of Deadwood, but now "Roy" and the gang are outlaws themselves.

Vintage | Cowboys | Money
This product is made-on-demand by the manufacturer using DVD-R recordable media. Almost all DVD players can play DVD-Rs (except for some older models made before 2000) - please consult your owner's manual for formats compatible with your player. These DVD-Rs may not play on all computers or DVD player/recorders. To address this, the manufacturer recommends viewing this product on a DVD player that does not have recording capability.