The Texas Rangers: The Whispering Skull

A phantom killer murders his victim in the dead of night as the Texas Rangers set a trap. 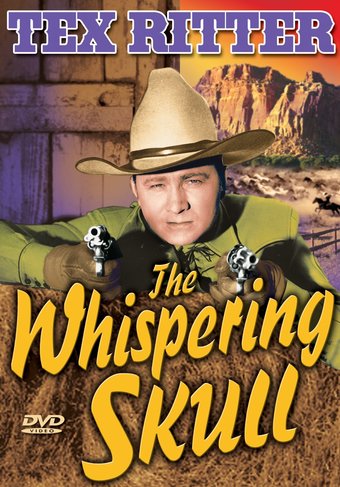 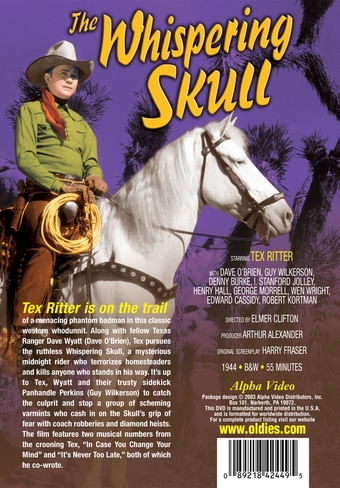 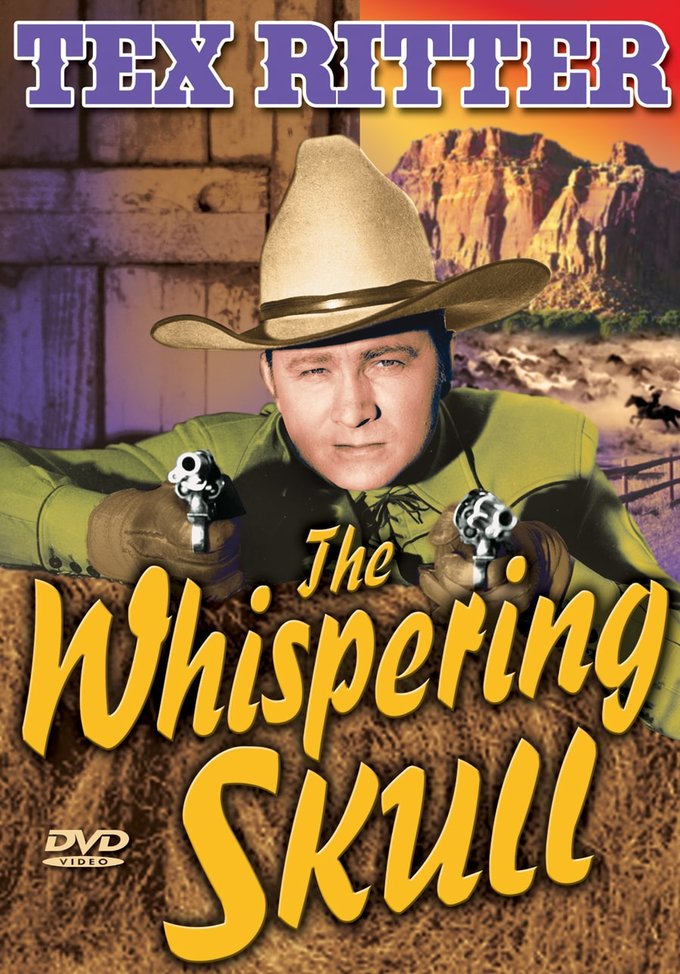 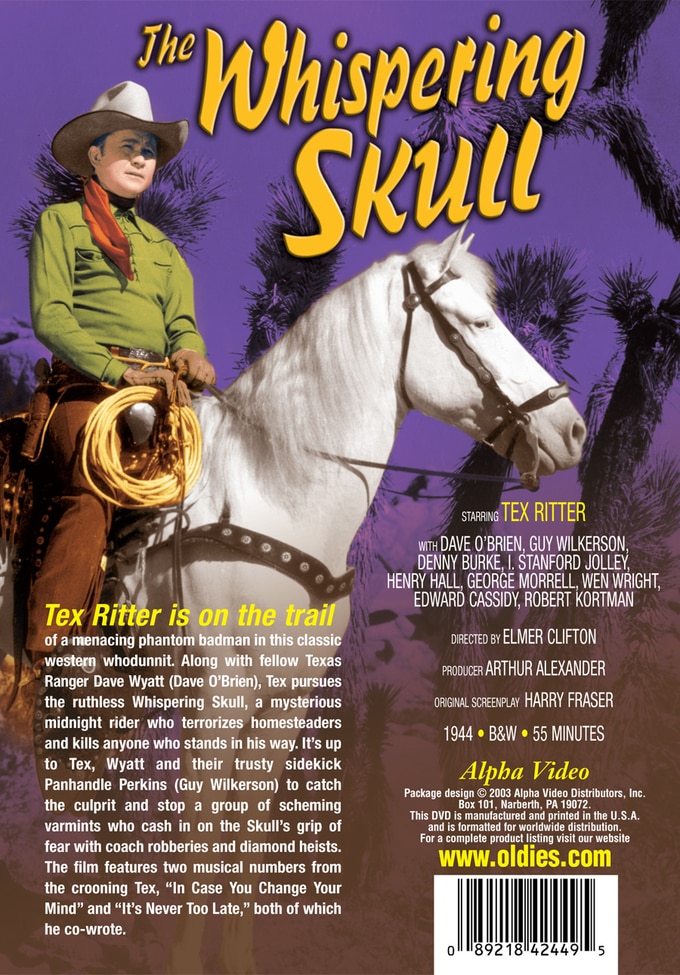 Tex Ritter is on the trail of a menacing phantom badman in this classic western whodunnit. Along with fellow Texas Ranger Dave Wyatt (Dave O'Brien), Tex pursues the ruthless Whispering Skull, a mysterious midnight rider who terrorizes homesteaders and kills anyone who stands in his way. It's up to Tex, Wyatt and their trusty sidekick Panhandle Perkins (Guy Wilkerson) to catch the culprit and stop a group of scheming varmints who cash in on the Skull's grip of fear with coach robberies and diamond heists. The film features two musical numbers from the crooning Tex, "In Case You Change Your Mind" and "It's Never Too Late," both of which he co-wrote.

With his faithful fellow Texas Ranger, Dave Wyatt (Dave O'Brien), Tex Ritter sets out to catch The Whispering Skull, a mysterious and dangerous midnight rider on a murderous rampage. As if the Skull himself wasn't enough trouble, a group of criminals is capitalizing on the Skull's fearful grip on the land with their own heists and robberies. Tex sings two numbers: "In Case You Change Your Mind," and "It's Never Too Late."