How the West Was Won (Special Edition) (3-DVD) G 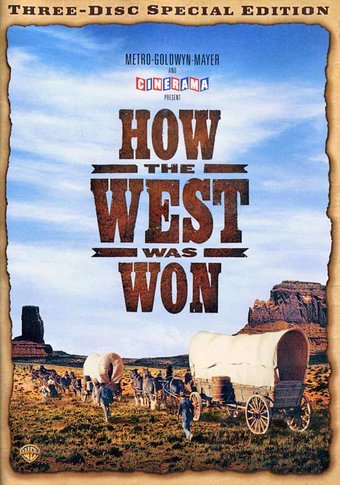 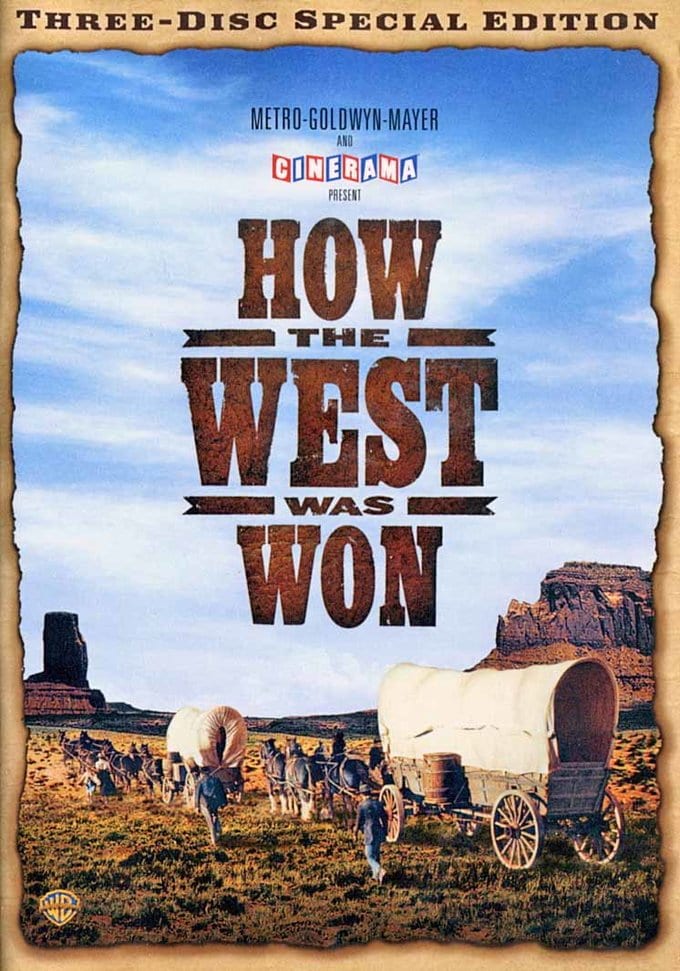 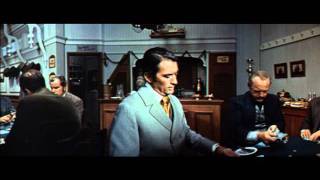 How The West Was Won - Trailer 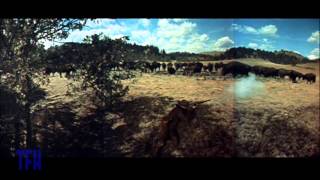 Brian Trenchard-Smith on HOW THE WEST WAS WON (Featurette)

"That goddamned Cinerama... do you know a waist shot is as close as you could get with that thing'"
- Henry Hathaway
"The epic journey of four generations of Americans who carved out a country with their bare hands."
- line from the poster for the 1970 reissue

Hollywood's most celebrated luminaries--behind the camera as well as in front of it--combined talents to present this epic tale of the development of the American West from the 1830s through the Civil War to the end of the century, as seen through the eyes of one pioneer family. The film, divided into three chapters--"The Civil War" (directed by John Ford), "The Railroad" (directed by George Marshall), and "The River, the Plains, the Outlaws" (directed by Henry Hathaway)--tells the story of the Prescotts, a spirited group of easterners who make a declaration to migrate west. When their parents are lost in a tragic river accident, Eve (Carroll Baker) and Lilith (Debbie Reynolds) go their separate ways. Eve remains on the land that took her parents, settling down with the well-intentioned Linus Rawlings (James Stewart), while Lilith becomes a singer who is courted by the conniving Cleve Van Valen (Gregory Peck) when he learns that she has inherited a fortune in California. As time passes and the Civil War takes the life of Linus, the newest generation of Prescott offspring struggles with even greater danger and loss, in the form of fierce Indians as well as family archrivals. Top-notch production values and an endless string of solid performances have earned HOW THE WEST WAS WON the well-deserved label as one of Hollywood's most revered classics.

Epic and episodic tale of the development of the American West from the 1830s through the Civil War to the end of the century, as seen through the eyes of the pioneer Prescott family. As the Prescotts struggle with danger and loss, and newfound love, the vast canvas of US history unfolds around them. Top notch production values and a "who's who" of performances have solidified this as a Hollywood classic.