A singing cowboy and the Texas Rangers fight a gang of violent outlaws who are intent upon disrupting local elections. 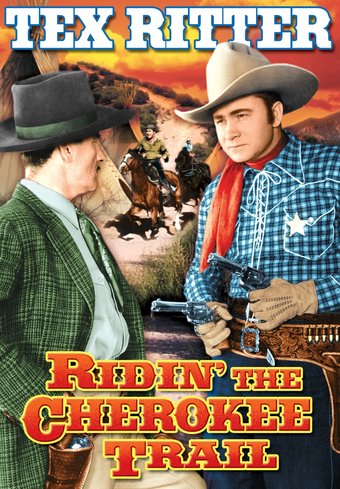 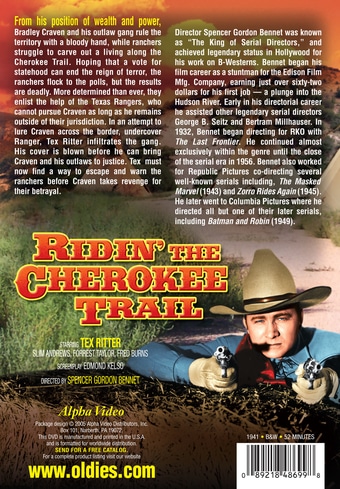 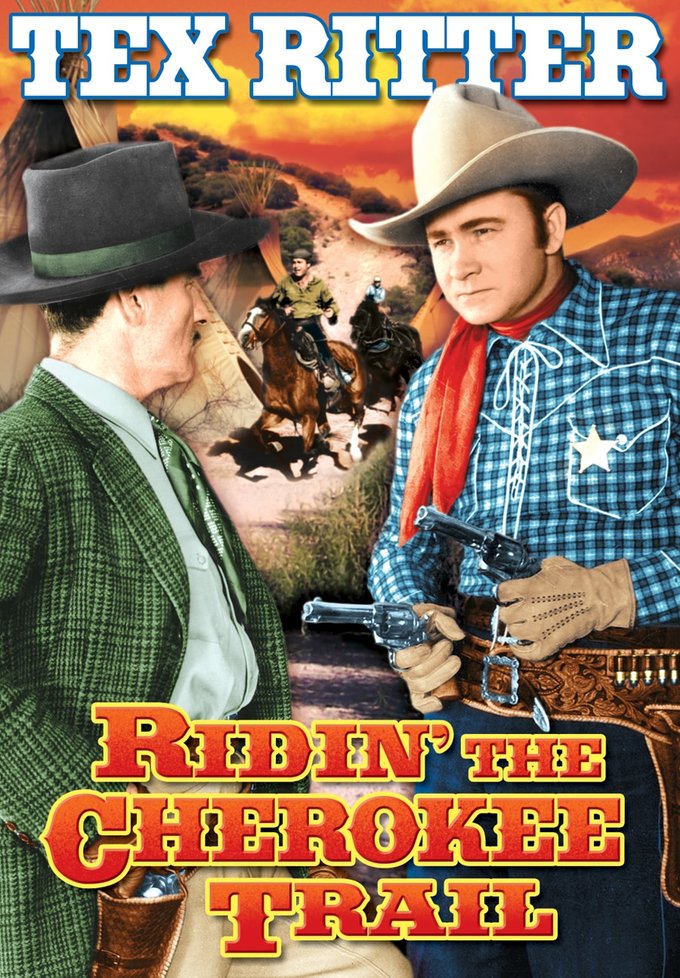 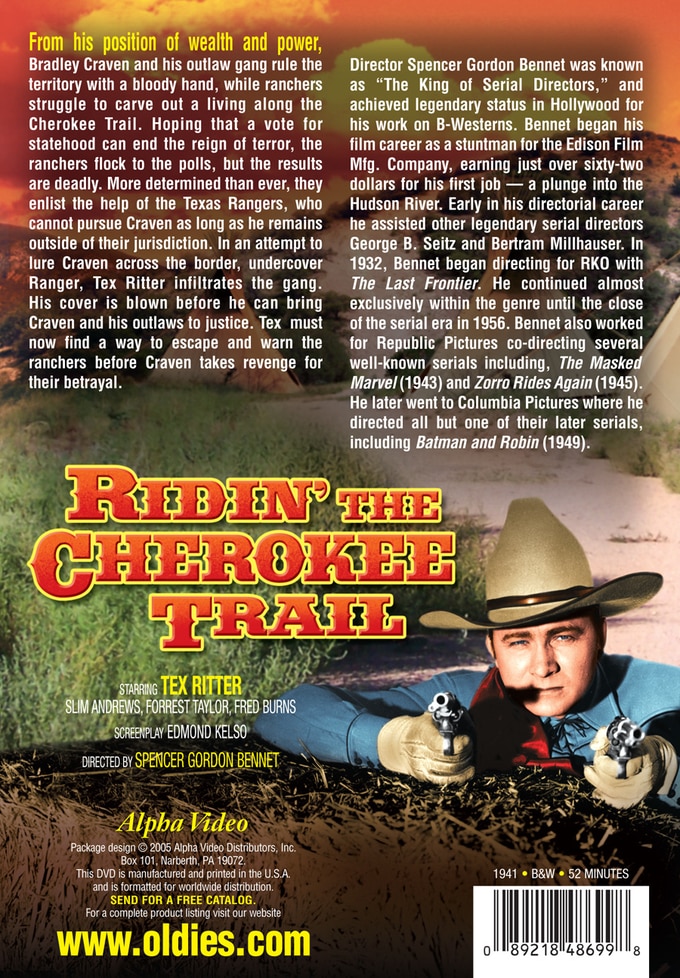 From his position of wealth and power, Bradley Craven and his outlaw gang rule the territory with a bloody hand, while ranchers struggle to carve out a living along the Cherokee Trail. Hoping that a vote for statehood can end the reign of terror, the ranchers flock to the polls, but the results are deadly. More determined than ever, they enlist the help of the Texas Rangers, who cannot pursue Craven as long as he remains outside of their jurisdiction. In an attempt to lure Craven across the border, undercover Ranger, Tex Ritter infiltrates the gang. His cover is blown before he can bring Craven and his outlaws to justice. Tex must now find a way to escape and warn the ranchers before Craven takes revenge for their betrayal.

Director Spencer Gordon Bennet was known as "The King of Serial Directors," and achieved legendary status in Hollywood for his work on B-Westerns. Bennet began his film career as a stuntman for the Edison Film Mfg. Company, earning just over sixty-two dollars for his first job - a plunge into the Hudson River. Early in his directorial career he assisted other legendary serial directors George B. Seitz and Bertram Millhauser. In 1932, Bennet began directing for RKO with The Last Frontier. He continued almost exclusively within the genre until the close of the serial era in 1956. Bennet also worked for Republic Pictures co-directing several well-known serials including, The Masked Marvel (1943) and Zorro Rides Again (1945). He later went to Columbia Pictures where he directed all but one of their later serials, including Batman and Robin (1949).

Tex Ritter stars as an undercover Texas Ranger in this western from 1941. Infiltrating a gang that's been tormenting ranchers in a small town, Ritter joins their ranks in an attempt to lure them into his jurisdiction, thus enabling him to make arrests. But things don't quite go according to plan, and Ritter's cover is soon blown, leading to a frantic finale as Ritter tries to escape before the gang can get their hands on the ranchers once again.

The Comancheros
$1.98 on Sale
Add to Cart

Gone Are the Days
$8.70 Super Savings
Add to Cart