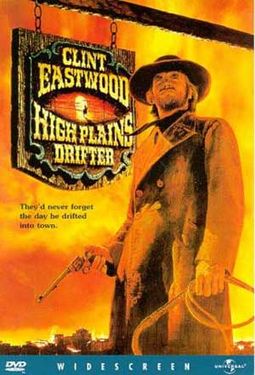 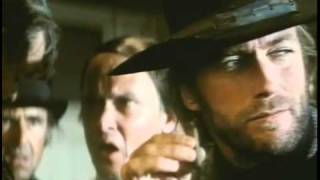 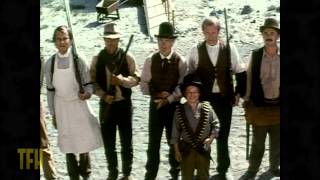 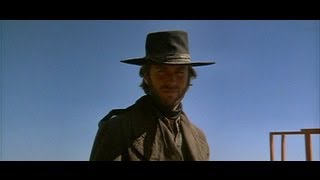 Clint Eastwood's second film as a director finds the celebrated action star returning to his familiar Old West stomping grounds and his internationally acclaimed role of "The Man With No Name." This time, The Stranger (Eastwood) mysteriously appears out of the heat waves of the desert and rides into the lawless, sin-ridden town of Lago. After making a name for himself with a string of blazing gun battles, The Stranger is hired by the townspeople to provide protection from three ruthless gunmen just out of jail. The Stranger quickly proceeds to paint the entire town bright red, rename it "Hell," and supply divine retribution in the fiery, pulse-pounding climax of this acclaimed western shoot-em-up.

Clint Eastwood once again portrays the 'Man With No Name' in this bleak morality play about a man who protects a frontier town from outlaws, more out of contempt for the outlaws than love for the cowardly townspeople. This was Eastwood's second directorial effort following the very successful PLAY MISTY FOR ME.

In Eastwood's supernatural homage to his own cinematic roots -- the films of Sergio Leone and Don Siegel -- the residents of a greedy mining town conspire to murder their own sheriff when he threatens to inform the government that they've been operating on public land. They then attempt to frame the hired killers, prompting the gunmen to seek revenge. The townsfolk go to the well once more, hiring a mysterious Stranger to rid them of these bandits. But the Stranger has his own agenda and proves to be more than they bargained for.

A Fistful of Dollars
$16.20 Super Savings
Add to Cart

For a Few Dollars More
$13 Super Savings
Add to Cart