Heroic Bob Steele poses as a famous outlaw, The Oklahoma Cyclone, to find out who kidnapped his father. 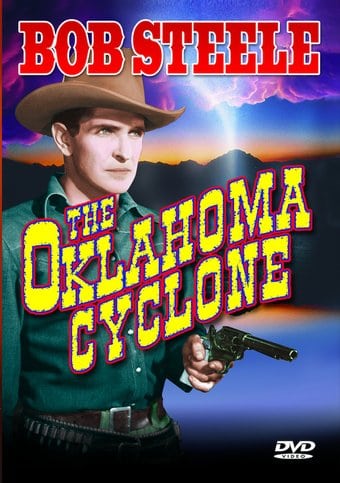 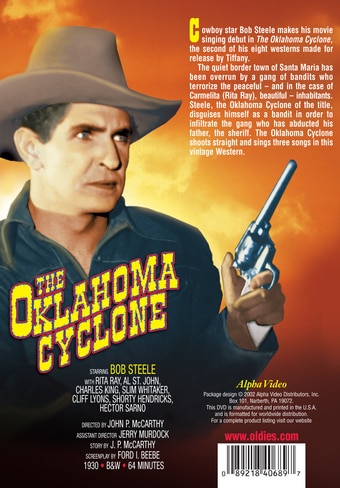 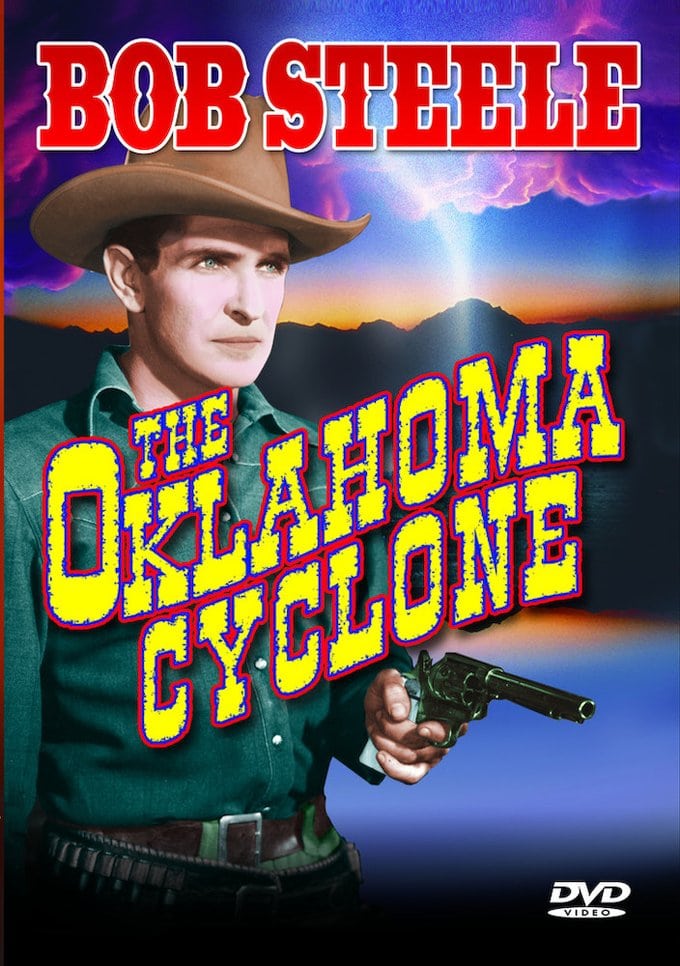 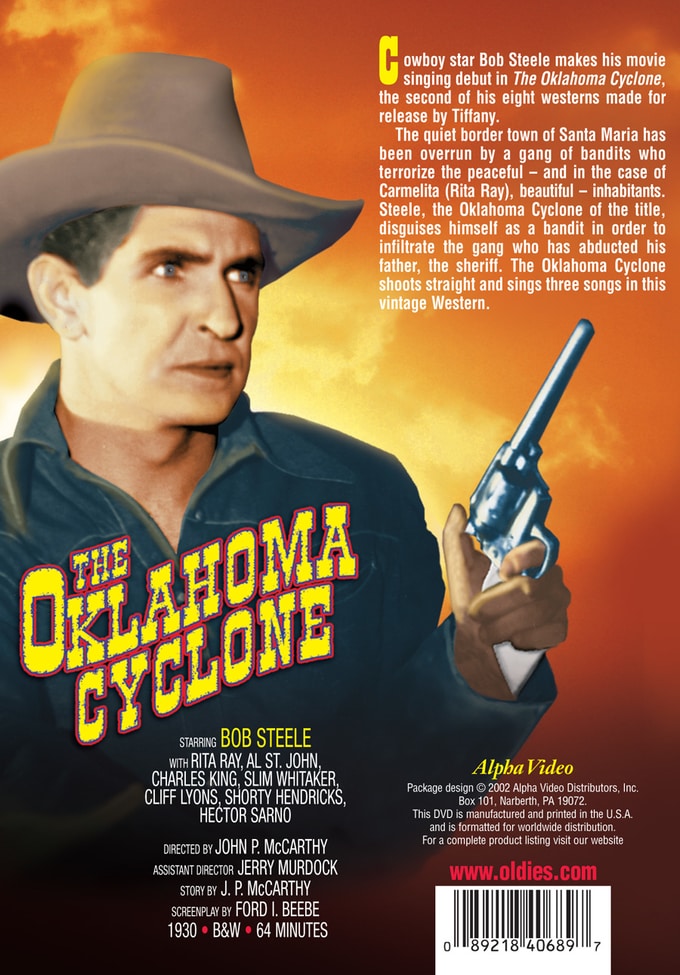 Cowboy star Bob Steele makes his movie singing debut in The Oklahoma Cyclone, the second of his eight westerns made for release by Tiffany. The quiet border town of Santa Maria has been overrun by a gang of bandits who terrorize the peaceful - and in the case of Carmelita (Rita Ray), beautiful - inhabitants. Steele, the Oklahoma Cyclone of the title, disguises himself as a bandit in order to infiltrate the gang who has abducted his father, the sheriff. The Oklahoma Cyclone shoots straight and sings three songs in this vintage Western.

Bob falls for a lovely senorita when he falls in with a crowd of outlaws.

20%off
Billy the Kid
$28 Super Savings
Add to Cart