Rex Allen and his miracle horse Koko ride the range and fight a brother-sister team of villains in this exciting western film. 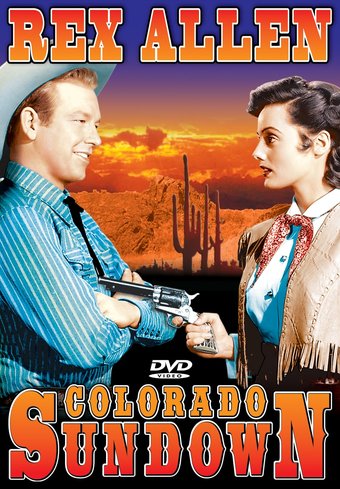 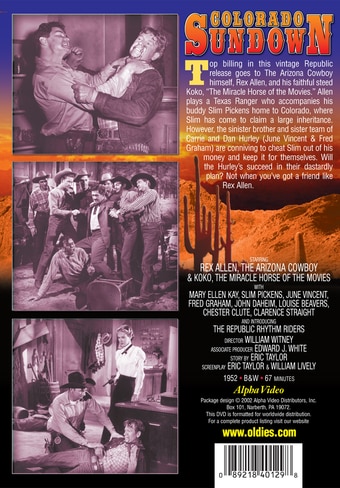 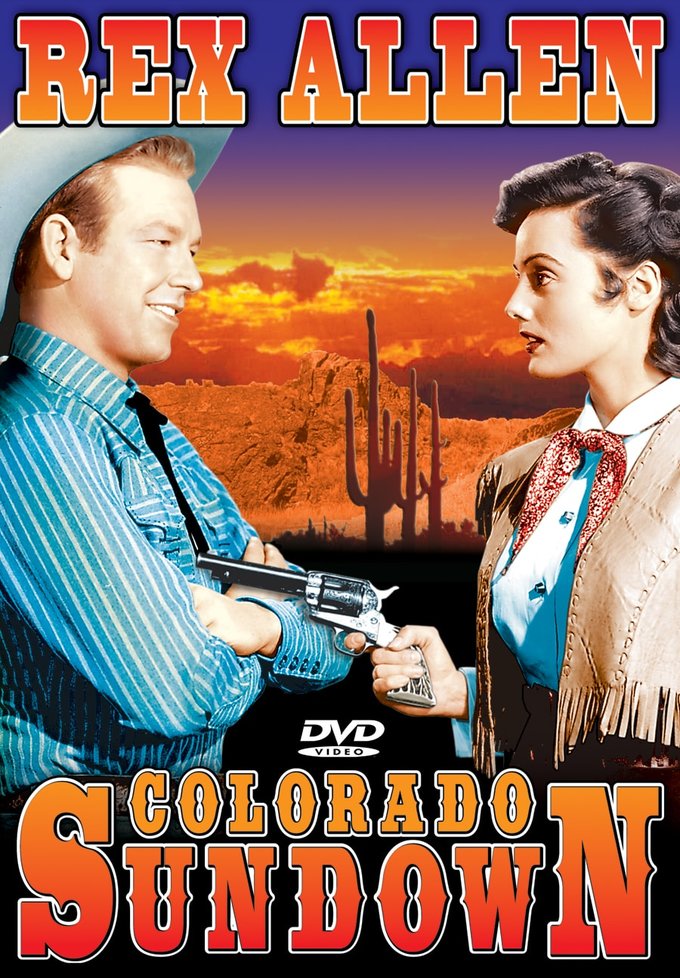 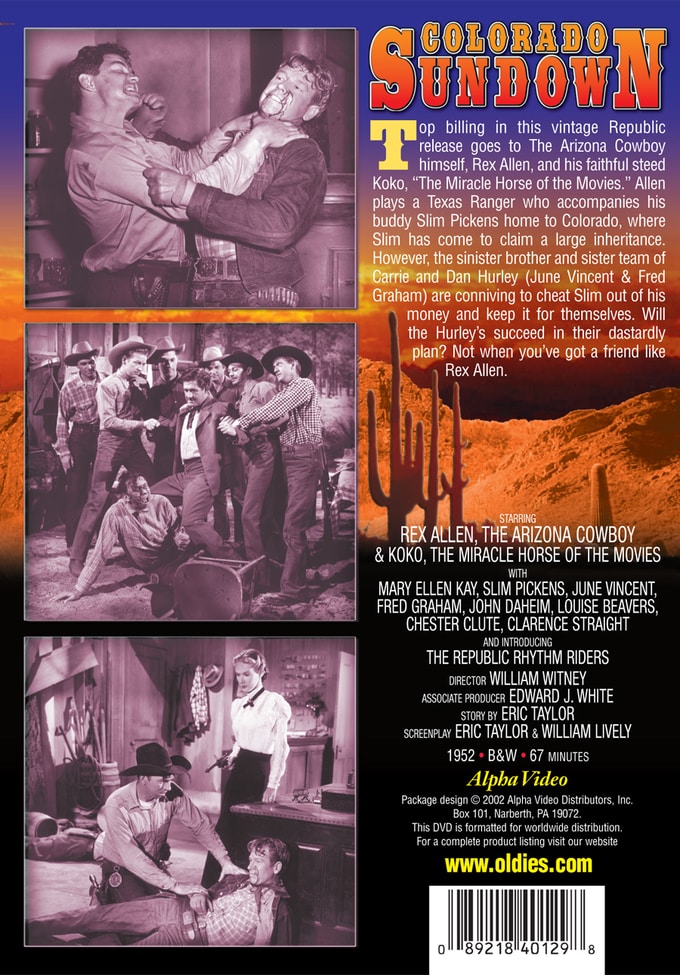 Top billing in this vintage Republic release goes to The Arizona Cowboy himself, Rex Allen, and his faithful steed Koko, "The Miracle Horse of the Movies." Allen plays a Texas Ranger who accompanies his buddy Slim Pickens home to Colorado, where Slim has come to claim a large inheritance. However, the sinister brother and sister team of Carrie and Dan Hurley (June Vincent & Fred Graham) are conniving to cheat Slim out of his money and keep it for themselves. Will the Hurley's succeed in their dastardly plan? Not when you've got a friend like Rex Allen.

A rancher who tries to help a friend keep the spread he inherited, is accused of murder.

16%off
The Phantom Stallion
$8.40 Super Savings
Add to Cart

Customer Rating:
Based on 181 ratings.


If Rex Allen had been 15 years older he probably would be remembered as the best of the singing cowboys. He came into his own, however, just as the B-Western was giving way to the television cowboys. But his movies where among the best ever to be labeled as a "B" production. Colorado Sundown is no exception. Well plotted, well cast, lots of action, lots of fun and Rex sings. The difference is that Rex Allen was also a wonderful actor. A beautifully directed film, with wonderful art direction as well. Plus Slim Pickens as the sidekick is terrific. Bring us more of Rex Allen!