At the Black Raven Inn sinister activity and murder abound on a stormy night. 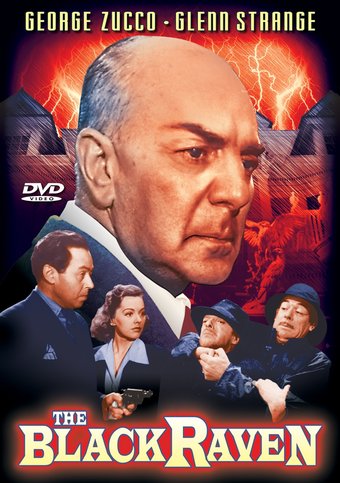 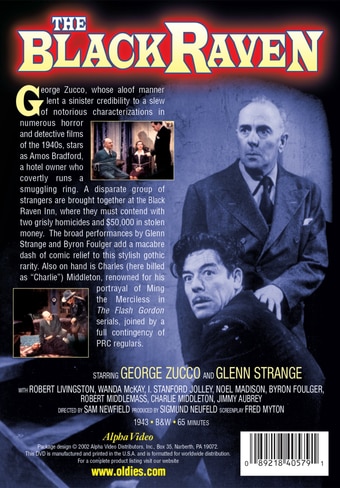 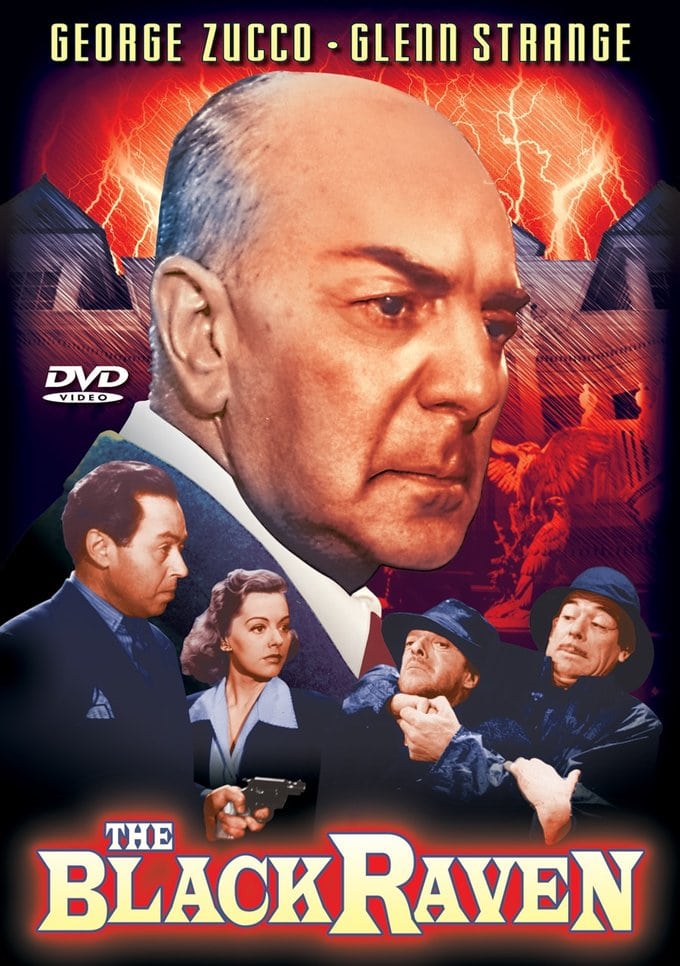 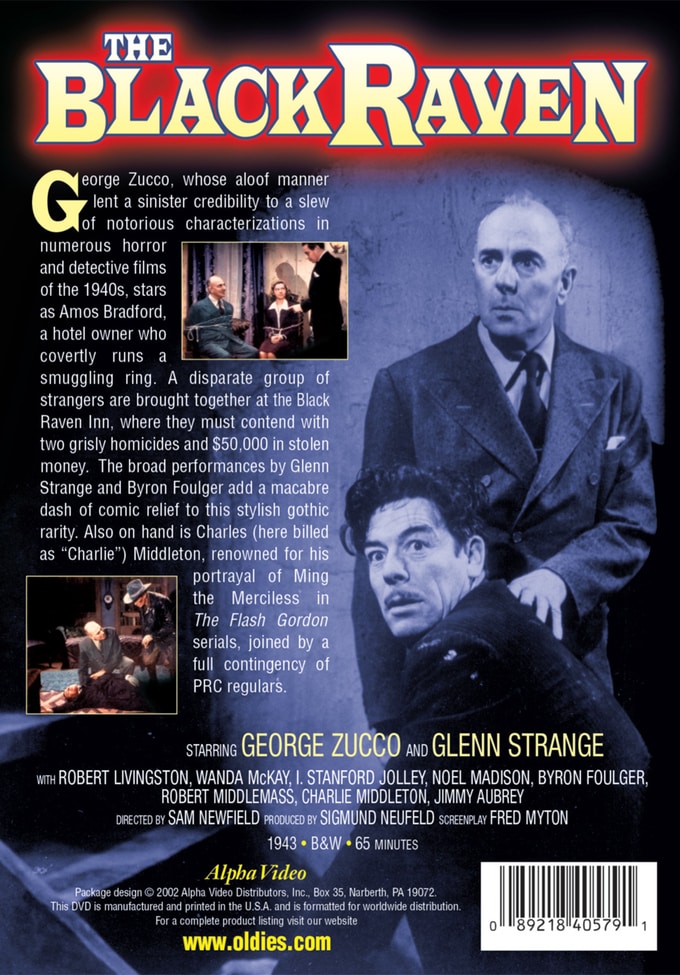 George Zucco, whose aloof manner lent a sinister credibility to a slew of notorious characterizations in numerous horror and detective films of the 1940s, stars as Amos Bradford, a hotel owner who covertly runs a smuggling ring. A disparate group of strangers are brought together at the Black Raven Inn, where they must contend with two grisly homicides and $50,000 in stolen money. The broad performances by Glenn Strange and Byron Foulger add a macabre dash of comic relief to this stylish gothic rarity. Also on hand is Charles (here billed as "Charlie") Middleton, renowned for his portrayal of Ming the Merciless in the Flash Gordon serials, joined by a full contingency of PRC regulars.

Guests stranded by a storm at Zucco's "Black Raven" inn start disappearing one by one.

Customer Rating:
Based on 736 ratings.


I really enjoyed this movie. As was noted by other reviewers, this is a 'B' movie, but played as a top rated movie by the actors. It is surprising that this movie has not had more publicity over the years and has not been re-made into a modern "classic". Though the story may be similar to other movies, there is a uniqueness to all the characters and an intertwining of them while stranded at the Black Raven Inn. Just a jem of a movie!


This was a very good "B" film. It looked like George Zucco & Glenn Strange had fun filming this. I really enjoy finding this vault of Independent gems from oldies.com. Keep up the great work and keep them coming.


Would you stay in a hotel run by George Zucco? How about if it had Glenn Strange as the bellhop? Okay, what if there was a bad storm and the bridge was washed out? Okay there you have the situation everyone in this picture finds themselves in!
George Is Amos Bradford, owner of the Black Raven Inn, Glenn is Andy his handyman (hmmmm that makes the 2 main characters Amos n' Andy, doesn't it?). George is an ex-con who is not above help crooks on the lam sneak across the Canadian border in exchange for a hefty fee. When a nervous embezzler shows up with a suitcase full of cash it isn't long before murder is added to the list of "Things to do at the Black Raven Inn".
Guests include an escaped killer, a couple trying to elope, the bullying father of the eloping girl and a mysterious face that keeps popping up at windows. Charles Middleton is on the side of the law for once as the local sheriff.
THE BLACK RAVEN is nearly forgotten to-day and it should not be because it is very well made with good photography and credible performances. Give it a look.


I love this movie. Up until recently I had never even heard of this little thriller much less seen it. The plot has several carloads of people all ending up the Black Raven Inn during a storm. Everyone is trying to get to Canada but the storm has washed out the bridge and no one is going anywhere. Despite it being several groups of "unconnected" people it isn't long before everyone is involved with every else. This has a great cast of B actors that play it for all its worth.
This movie is worth your hard earned cash since few films are as much fun on a dark and stormy night.


Ive watched and rewatched this atmospheric little film and find that I like better with each viewing. Easily as enjoyable as "The Ape Man" and "Bowery at Midnight", it moves along at a swift pace because it takes place on one stormy night in a mystery laden inn. Good character acting helps it along too.


A terrible storm,a washed out bridge and a group of stranded motorists end up at the Black Raven Inn,all seeking to get across the Canadian border for one reason or another. Low budget mystery is entertaining if you get into its intricate plot. The sparingly used exterior sets(including rainstorm) seem to have been made on a higher budget than all of the interior sets. Honest! All in all it's not a bad little film though.