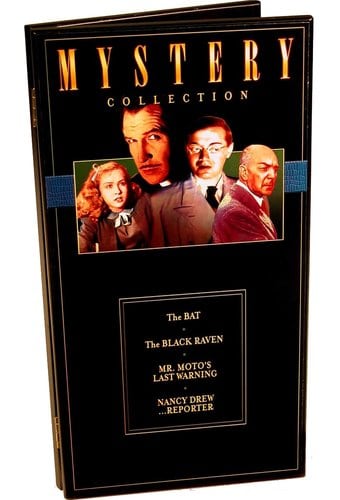 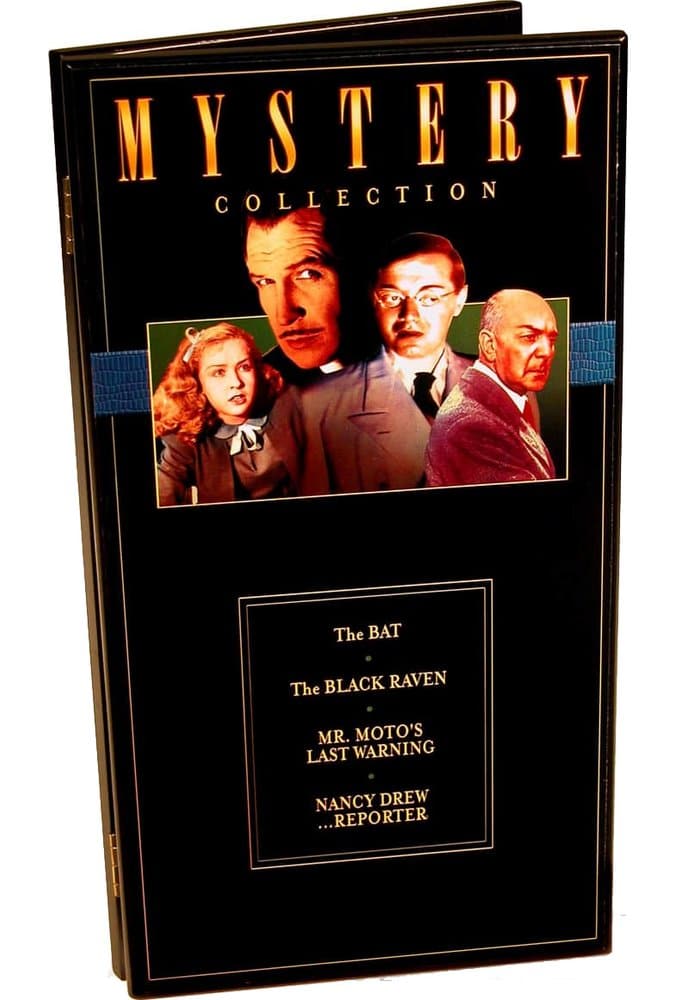 Some classic mystery films combine on this collection.

THE BAT: Based on the gothic novel by Mary Roberts Rinehart, this haunted house mystery casts Agnes Moorehead as the owner of a house with a million dollars hidden somewhere in it. Bodies pile up as the mysterious "Bat" tries to find the money first.

THE BLACK RAVEN: Guests stranded by a storm at Zucco's Black Raven inn start disappearing one by one.

MR. MOTO'S LAST WARNING: This was one of the last Mr. Moto detective films from the 1930's. Peter Lorre stars as the Japanese sleuth who tries to outwit saboteurs out to blow up a French fleet at the Suez Canal.

NANCY DREW...REPORTER: This film is a further entry in the Warner Bros. series based on Carolyn Keene's mystery novels about young sleuth Nancy Drew. This time, Nancy gets a job as a newspaper reporter and discovers that an innocent woman has been charged with murder. With the reluctant help of her best friend, Nancy attempts to find the real murderer, and soon finds herself in serious trouble. But beautiful, brainy Nancy always knows how to save the day.


Worth getting just for 'The Bat', superb!