A confirmed mute man is witnessed committing a murder in this sharply written who-done it. 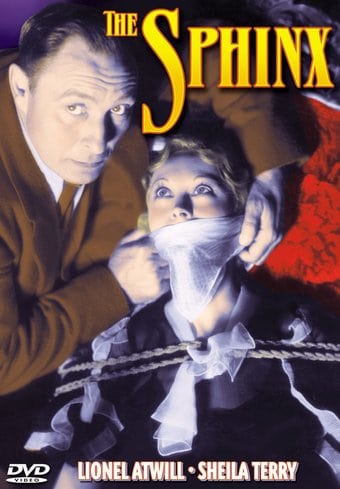 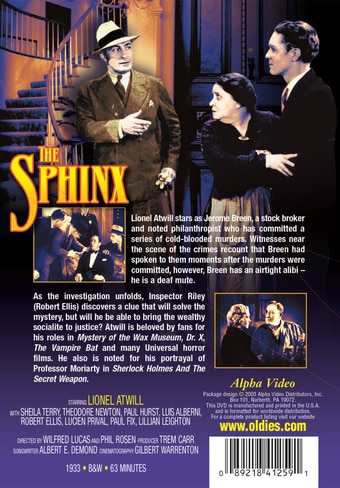 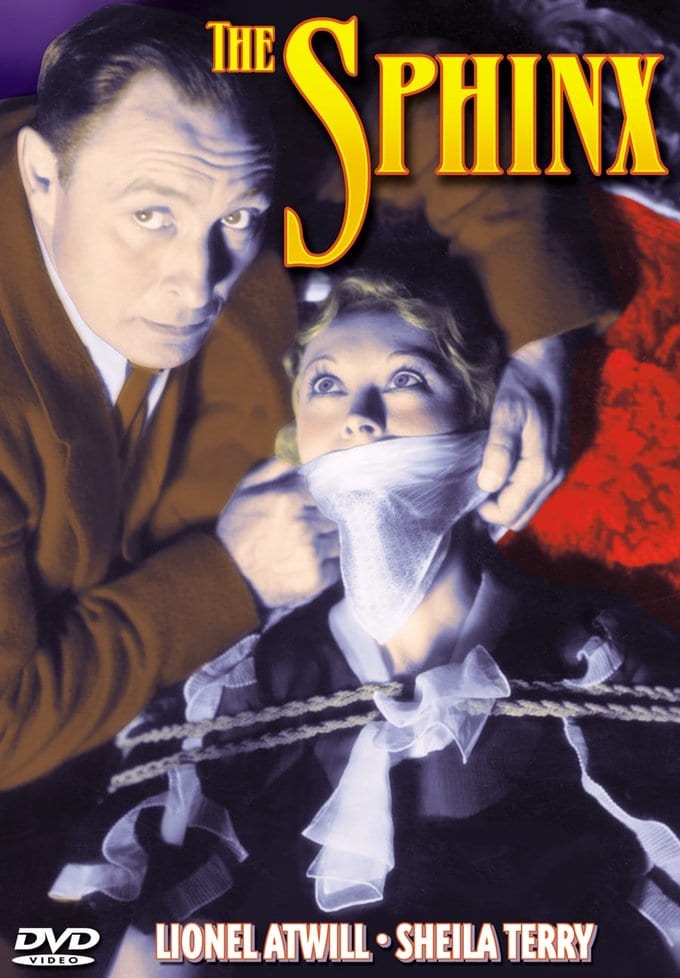 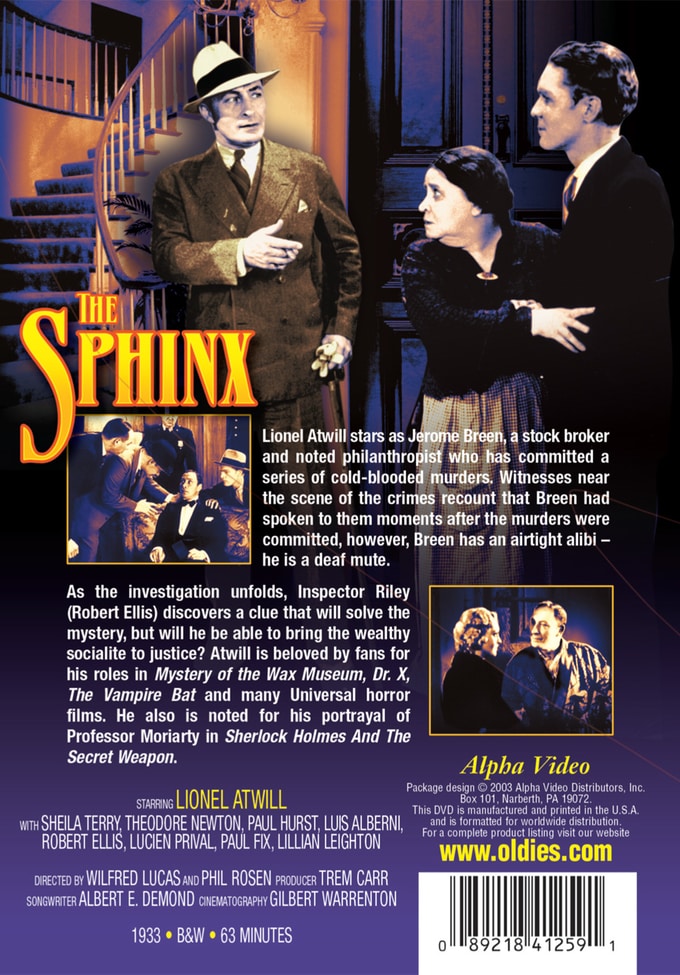 Lionel Atwill stars as Jerome Breen, a stock broker and noted philanthropist who has committed a series of cold-blooded murders. Witnesses near the scene of the crimes recount that Breen had spoken to them moments after the murders were committed, however, Breen has an airtight alibi - he is a deaf mute. As the investigation unfolds, Inspector Riley (Robert Ellis) discovers a clue that will solve the mystery, but will he be able to bring the wealthy socialite to justice? Atwill is beloved by fans for his roles in Mystery of the Wax Museum, Dr. X, The Vampire Bat and many Universal horror films. He also is noted for his portrayal of Professor Moriarty in Sherlock Holmes And The Secret Weapon.

After a mute witnesses a crime, suspicions are raised when he is spotted speaking shortly afterwards in this mystery from Monogram Studios.

Mystery | Thriller | Vintage | Murder | Deception
This product is made-on-demand by the manufacturer using DVD-R recordable media. Almost all DVD players can play DVD-Rs (except for some older models made before 2000) - please consult your owner's manual for formats compatible with your player. These DVD-Rs may not play on all computers or DVD player/recorders. To address this, the manufacturer recommends viewing this product on a DVD player that does not have recording capability.

The Mandarin Mystery
$10
Add to Cart

The Thirteenth Guest
$10
Add to Cart

Customer Rating:
Based on 519 ratings.


How does a deaf mute manage to kill people and threw the police off his track by speaking to witnesses? It's not too hrad to figure out but it's fun watching it. Lionel Atwill's good as the murderer and is that Gabby Hayes playing a polceman before he grew a beard?


Reptilian eyes, suave, jovial yet suddenly menacing, Lionel Atwill, known to his intimates as Pinky, carved out a substantial film career for himself by playing the consummate heavy in so many pictures. He does not disappoint in this fine example of early '30s cinema. Monogram populates this movie with familiar characters; e.g., a pretty writer/reporter, her wise-cracking boyfriend, hard-nosed police detectives, etc. They are all cast from the mold of what made for successful murder mysteries during this period of film-making. This is a clever little film that you'll enjoy. For my part, I will always remember Atwill as SON OF FRANKENSTEIN's Inspector Krogh, wooden arm and all.


English actor Lionel Atwill started appearing in films in 1918 and his crisp speaking voice assured him a smooth transition to talkies. He was kept very busy and in 1933 (the year this film was released) he appeared in EIGHT features.

The Sphinx is an early Monogram feature, seen here is a pretty good film to DVD transfer by Alpha. The picture shows good contrast, and while the old Western Electric soundtrack is a litte noisy, the music and dialogue are good and clear.

The audience knows who the killer is from almost the first scene, but just how the authorities will prove him guilty provides the mystery here. There are several familiar character actors in the cast - George Gabby Hayes is barely recognisable as one of the police detectives. I enjoyed this minor thriller even though the pacing, typical of many early 1930's features, seems a little slow by today's standards.