The search for a gangster's missing corpse sends police on a wacky wild goose chase. 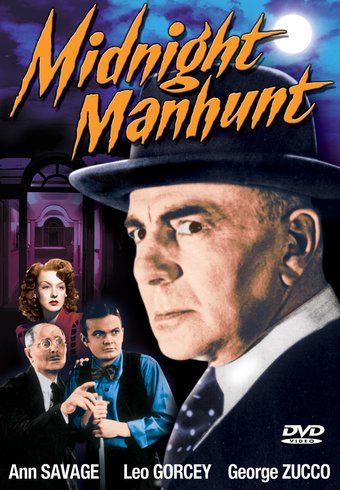 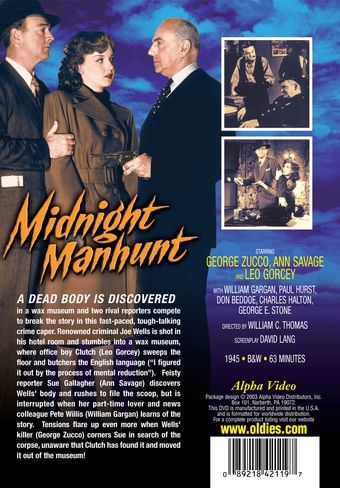 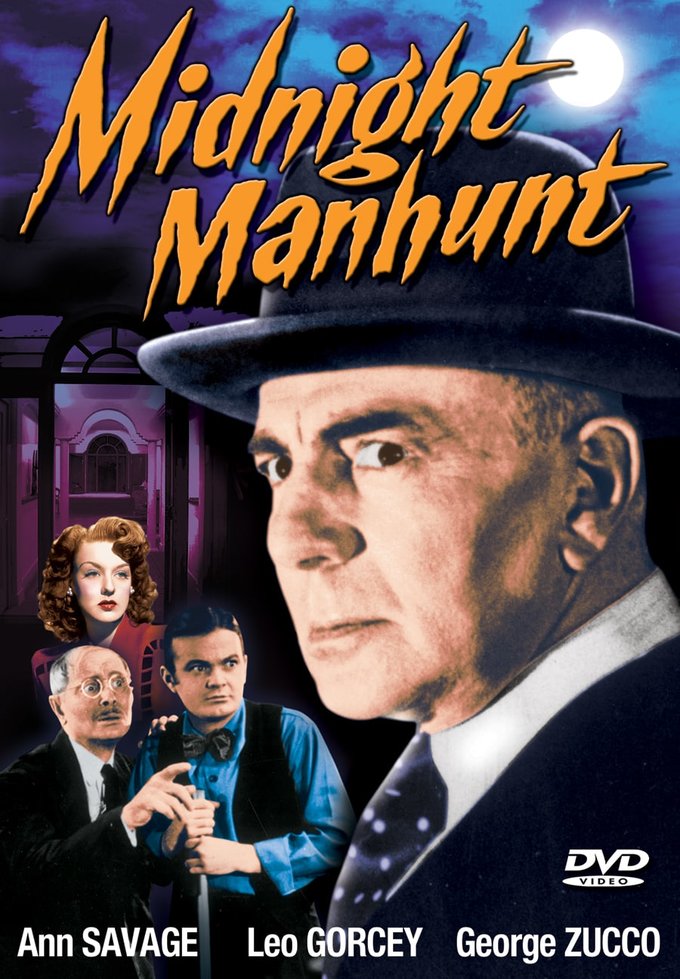 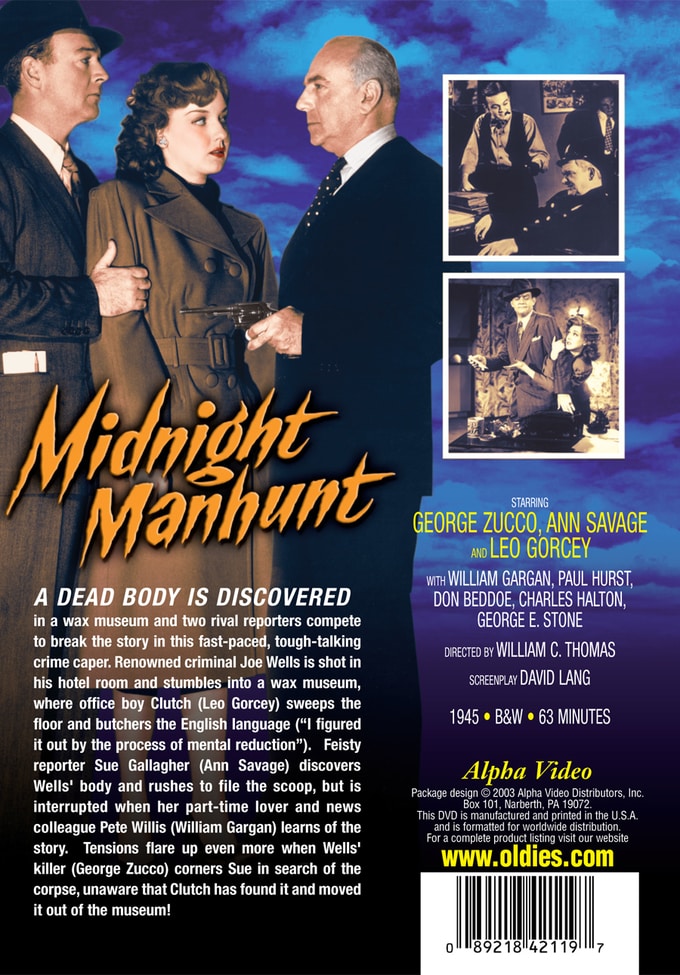 A dead body is discovered in a wax museum and two rival reporters compete to break the story in this fast-paced, tough-talking crime caper. Renowned criminal Joe Wells is shot in his hotel room and stumbles into a wax museum, where office boy Clutch (Leo Gorcey) sweeps the floor and butchers the English language ("I figured it out by the process of mental reduction"). Feisty reporter Sue Gallagher (Ann Savage) discovers Wells' body and rushes to file the scoop, but is interrupted when her part-time lover and news colleague Pete Willis (William Gargan) learns of the story. Tensions flare up even more when Wells' killer (George Zucco) corners Sue in search of the corpse, unaware that Clutch has found it and moved it out of the museum!

The felt-hatted Zucco plays a killer searching wax museum for the body of a man he murdered. AKA "One Exciting Night."

Psychos | Murder
This product is made-on-demand by the manufacturer using DVD-R recordable media. Almost all DVD players can play DVD-Rs (except for some older models made before 2000) - please consult your owner's manual for formats compatible with your player. These DVD-Rs may not play on all computers or DVD player/recorders. To address this, the manufacturer recommends viewing this product on a DVD player that does not have recording capability.

Customer Rating:
Based on 452 ratings.


MIDNIGHT MANHUNT (1945) was a title with which I was unfamiliar, but the cast was impressive, so I selected it to round out my order from Alpha Video (5 DVDs for $25). What I got for my $5 was an hour, missing from my life, that I can never, ever replace.

Okay, let's keep this short. George Zucco shoots some guy in a cheesy flophouse and takes a box of diamonds from him. The guy - who we find out later is "famous gangster" Joe Mills, missing for five years - isn't quite dead, and crawls to a nearby wax museum called the "Gangster Wax Musuem". No, I'm not kidding, and No, it's not supposed to be a joke. Anyway, a feisty female reporter (Ann Savage, of DETOUR fame) happens to live in an apartment above the wax museum, and coming home, she finds Mills' now quite dead corpse. She stashes it in the wax museum and runs upstairs to write the story. But William Gargan (a/k/a Martin Kane, Private Eye), a rival reporter and sometimes boyfriend of Miss Savage, snoops around and finds out what she's up to. As does a snoopy police lieutenant. And a snoopy night watchman. And Mr. Miggs, owner of the wax museum (played by the Bank Examiner from IT'S A WONDERFUL LIFE). And Miggs' assistant, Clutch, played by Leo Gorcey, who thinks he's playing Slip Mahoney, a character that actually hadn't been invented yet ("We can figger dis out t'rough mental reduction"). Oh, and so does George Zucco, looking for the corpse he lost (Mr. Zucco, the film's star, does not have a line until 28 minutes have elapsed of the 61 minute film.) So they all chase each other around and the "comedy bits" consist of old Mr. Miggs constantly whining "I'm tired" and Clutch moidering da King's English and looking for a light for the cigar butts he picks up. And don't worry, I'm not gonna reveal the ending, mainly because I fell asleep about 50 minutes into this thing and woke up just in time to see Mr. Zucco in handcuffs and the two reporters lip-locked.

For an Alpha print and transfer, this is good indeed, perhaps the best I've seen from this company. There, I've said something nice.

I imagine that this film was shown at the end of a long day to clear the folks out of the movie theatre, and I imagine it worked very well.


Essentially a grand comedy with dark overtones as a corpse moved around in a wax museum. This movie is notable for Leo Gorcey in one of his few non-Bowery Boys films and he proves what a great character actor he was when not saddled with typecasting. The movie itself is very funny and the tension builds nicely during most of it. The problem is that after a while the low budget and the limitations it imposed on the script get the better of it and the film sinks from classic to simply very good. Don't get me wrong I enjoyed this movie a great deal, I simply carry a great deal of disappointment that it wasn't perfect to the end.
My disappointment aside, see this movie, its a good one.