One Body Too Many

A killer is at large and a timid life insurance salesman discovers a corpse at a sinister mansion. 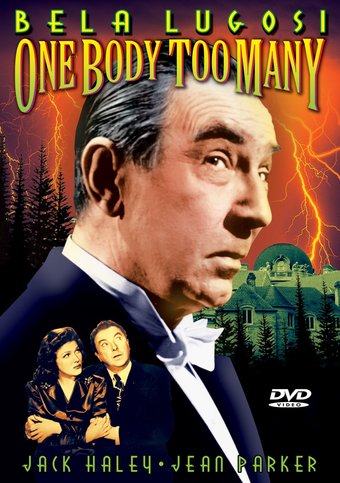 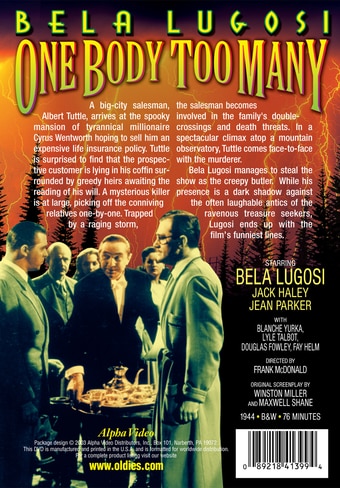 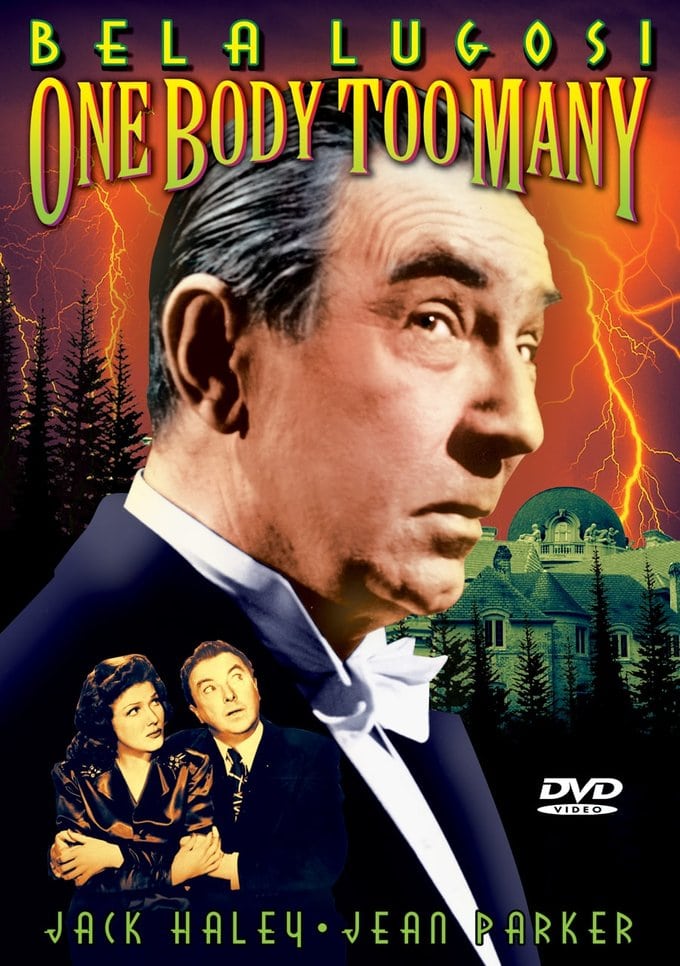 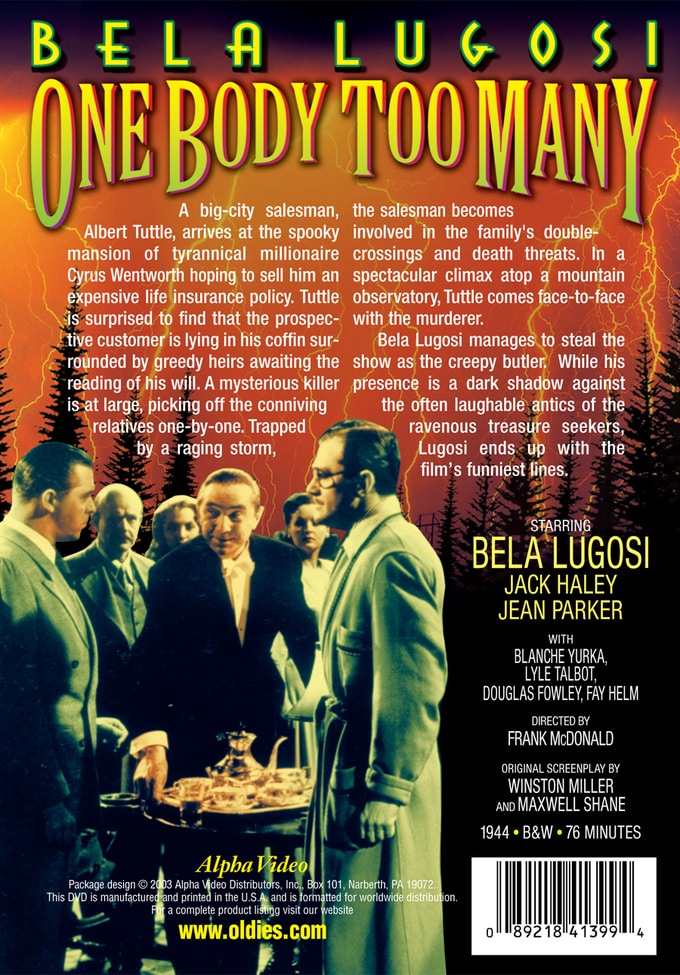 A big-city salesman, Albert Tuttle, arrives at the spooky mansion of tyrannical millionaire Cyrus Wentworth hoping to sell him an expensive life insurance policy. Tuttle is surprised to find that the prospective customer is lying in his coffin surrounded by greedy heirs awaiting the reading of his will. A mysterious killer is at large, picking off the conniving relatives one-by-one. Trapped by a raging storm, the salesman becomes involved in the family's double-crossings and death threats. In a spectacular climax atop a mountain observatory, Tuttle comes face-to-face with the murderer. Bela Lugosi manages to steal the show as the creepy butler. While his presence is a dark shadow against the often laughable antics of the ravenous treasure seekers, Lugosi ends up with the film's funniest lines.

A mystery spoof in which Haley plays a nonchalant salesman who is mistaken for a private detective at a creepy estate with a built-in observatory.

Mystery | Spoof | Thriller | Mistaken Identity
This product is made-on-demand by the manufacturer using DVD-R recordable media. Almost all DVD players can play DVD-Rs (except for some older models made before 2000) - please consult your owner's manual for formats compatible with your player. These DVD-Rs may not play on all computers or DVD player/recorders. To address this, the manufacturer recommends viewing this product on a DVD player that does not have recording capability.

Customer Rating:
Based on 1846 ratings.


Bela Lugosi plays a butyler in this comic murder mystery, He's just one of ahost of suspects. Of the entire cast, however, it's Bela who has the best lines and the most dead pan delivery. "Won't you have a cup of coffee?"