A group of desperate people gather at an inn where a "mad dog murderer" is on the prowl. 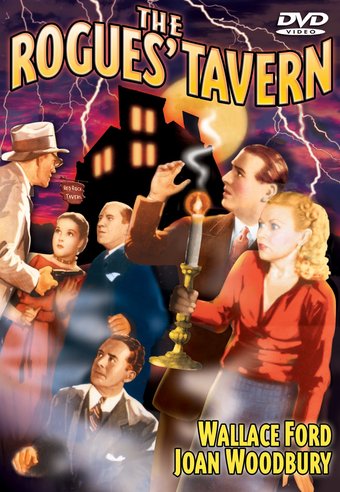 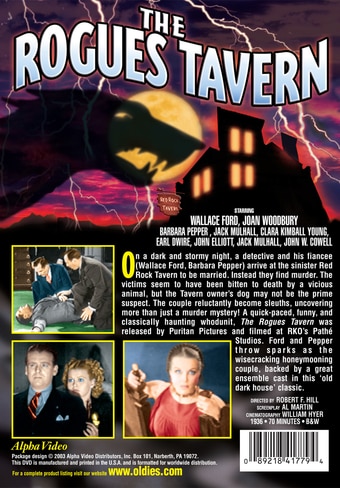 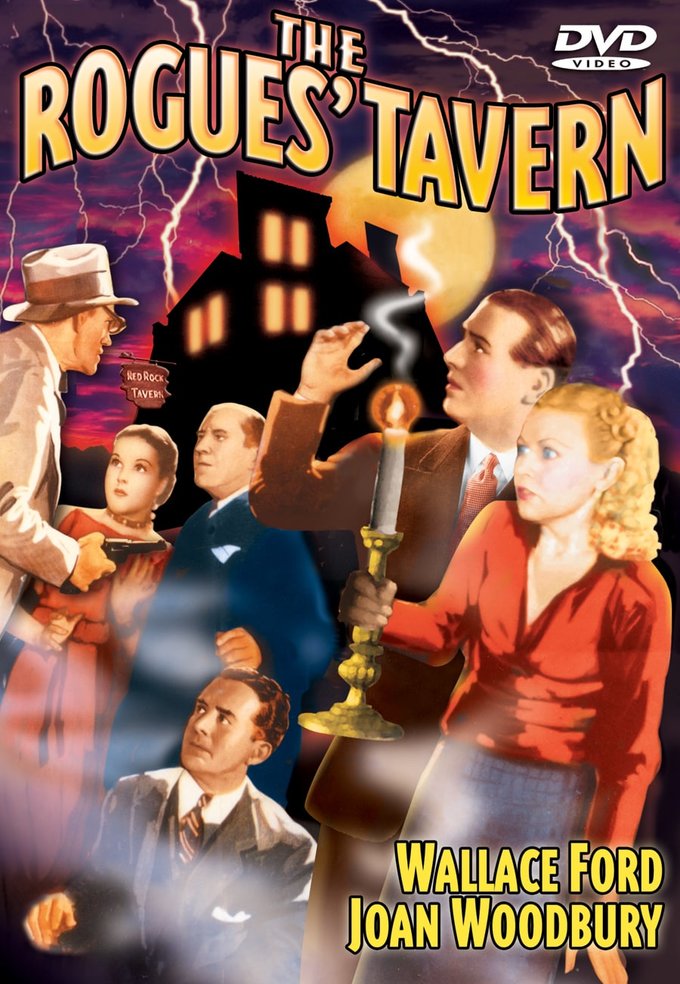 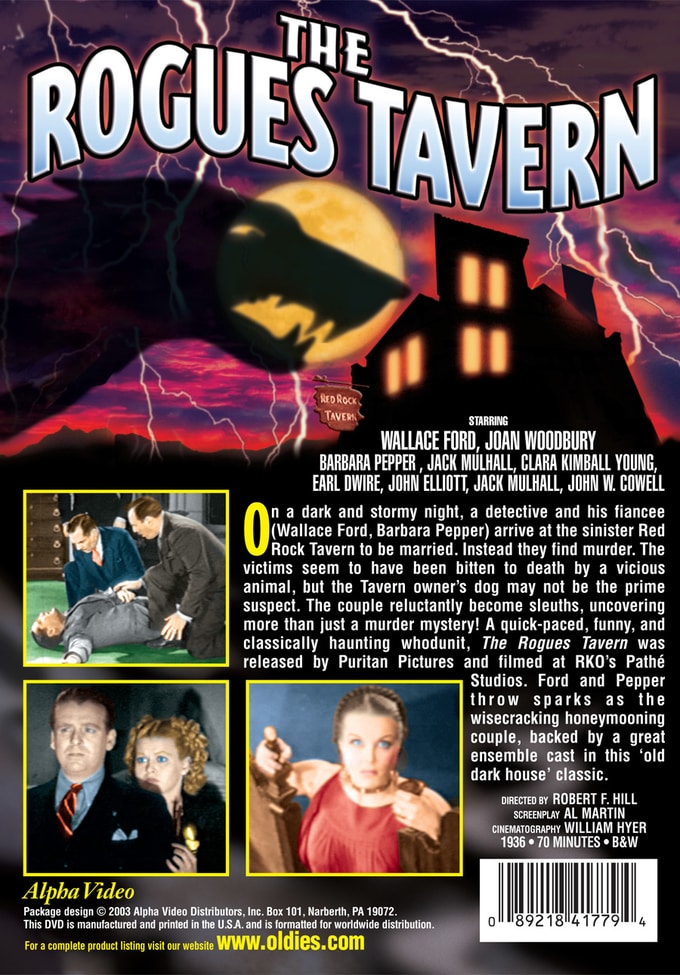 On a dark and stormy night, a detective and his fiance (Wallace Ford, Barbara Pepper) arrive at the sinister Red Rock Tavern to be married. Instead they find murder. The victims seem to have been bitten to death by a vicious animal, but the Tavern owner's dog may not be the prime suspect. The couple reluctantly become sleuths, uncovering more than just a murder mystery! A quick-paced, funny, and classically haunting whodunit, The Rogues' Tavern was released by Puritan Pictures and filmed at RKO's Path Studios. Ford and Pepper throw sparks as the wisecracking honeymooning couple, backed by a great ensemble cast in this 'old dark house' classic.

When people at an inn begin falling prey apparently to a wild dog, it's a mystery who the real killer is. Silent.

Mystery | Silent | Suspense | Thriller | Murder
This product is made-on-demand by the manufacturer using DVD-R recordable media. Almost all DVD players can play DVD-Rs (except for some older models made before 2000) - please consult your owner's manual for formats compatible with your player. These DVD-Rs may not play on all computers or DVD player/recorders. To address this, the manufacturer recommends viewing this product on a DVD player that does not have recording capability.

Customer Rating:
Based on 491 ratings.


I'd like to agree with other reviewers about this movie. After all Wallace Ford is good as usual and he and Joan Woodbury have some comical exchanges and I never guessed who the real murderer was but...the acting by Barbara Pepper and Jack Mulhall is just this side of camp, who is the man with those strane glasses, and just what were "the rogues" involved in.


I must say for a murder mystery, it was quite comical. I enjoyed this film becuase of the witty banter between the leads, Wallace Ford and Joan Woodbury. This is a good "B" movie, A winner to watch on a rainy Saturday afternoon.


I just love 30's/40's thrillers and I loved this film...Quite spooky with a good twist at the end. They don't make 'em like this anymore. Perfect Saturday afternoon entertainment, great stuff!!!


I enjoyed this film. People staying at an old tavern during a frightening night where murders are happening is definitly campy at times due to some performers giving theatrical style performances, but it really kept me in the dark and guessing until the end. Wallace Ford is good as always and there is some hilarious dialogue to keep the film moving at a lively pace. Recommended.